What is the fate of DMPs in a post-cookie world? 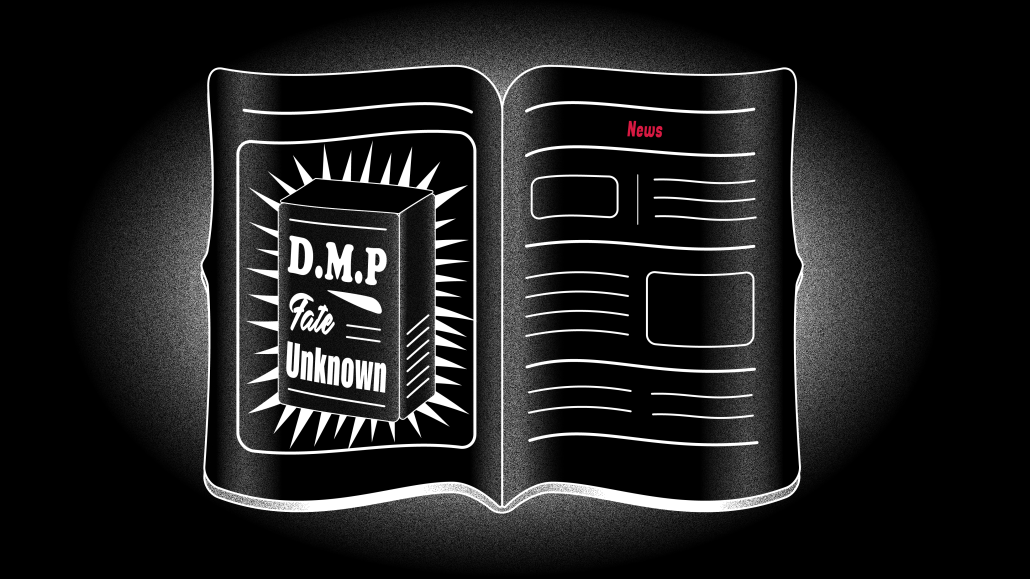 Audits get noticed only when things go wrong. So it stands to reason that marketers are scrambling to get them done for ad tech stacks that stand to be upended now that the data that powers them is increasingly bereft of the cookies and mobile identifiers that made it so rich in the first place.

When those marketers do those audits, they will be faced with one of ad tech’s enduring questions: is a data management platform (DMP) worth the hassle? Possibly.

The traditional idea of a DMP is a busted flush. They have struggled to keep pace with intensifying regulation and how the likes of Google and Apple reacted to that scrutiny. And it’s not hard to see why. These DMPs were built on third-party data that was often collected and shared without a person’s permission that was often opaque and —ultimately — visualized poorly. The decline of Salesforce, Adobe and Oracle’s prototypical data management solutions bear this out. Once a must-have, marketers eventually soured on DMPs.

But times change. And this new batch of DMPs, at least from the likes of companies such as Adform and Permutive, are using identifiers beyond third-party cookies.

In part, marketers are forcing change among DMPs. Their expectations of data and how it is managed have changed in response to privacy concerns. The smart ones are going a step further and are reevaluating technologies, wary some may no longer be privacy compliant. In doing so, they’re reframing their relationships with publishers.

Personally Identifiable Information (PII) or authenticated data sets are now common currency among these newer solutions. Deterministic ID management is standardized, and establishing first-party cookies and mobile identifiers via SDK is normal practice. Google’s decision to delay its cookie cull has only highlighted this issue — not that every marketer is paying attention. Those that are, however, are still trying to get ahead of the incoming disruption — whenever it comes.

In part, marketers are forcing change among DMPs. Their expectations of data and how it is managed have changed in response to privacy concerns. The smart ones are going a step further. They’re reevaluating technologies, wary some may no longer be privacy compliant. And in doing so, they’re reframing their relationships with publishers.

“We see this in the briefs we’re getting from marketers,” said Joe Root, CEO of audience platform Permutive. “They no longer want to know what third-party data we can give them access to. They’re asking about the publisher integrations we have — and how they can be used to build second-party data relationships.”

Indeed, deals like this mitigate the loss of third-party cookies because they’re built on first-party data. And DMPs could be central to how this data is shared directly between publishers and advertisers. “The reason we evolved from a DMP to an audience platform is that we realized that we had to build deeper relationships with publishers to gain access to those datasets along with all the consent and management that comes with it as well as the tools and infrastructure needed to facilitate it all in the first place,” said Root.

But marketers are still skeptical. Namely, because they believe customer data platforms (CDPs) have made DMPs redundant. After all, both technologies have touted the same mission in recent years: combine richer data with substantial scale across the web — and then other digital channels — to give advertisers the reach they are accustomed to.

These platforms are similar — but only up to a point. CDPs facilitate the collection of data from various sources, but they don’t let advertisers build the type of data deals with publishers needed to offset the loss of third-party cookies — at least not to the same level as DMPs. So while these technologies are evolving, they still have to continually demonstrate value in powering those services.

“When people say the ‘DMP is dead’ that’s not that coming through discussions we’re having with clients who plan to continue to work with those technologies as they try to reconcile tracking and privacy,” said Miles Pritchard, managing partner of data management solutions at OMD EMEA. “What marketers are ultimately looking for with these technologies hasn’t changed.”

What has changed, however, is marketers’ expectations for DMPs which has made them more realistic about what those technologies can accomplish for them. It’s there in the briefs. Marketers aren’t just interested in data management, but its enrichment.

“If they have bought an out of the box, plug and play solution like a DMP then they still need experts or a really great account manager to help with the implementation.”
Lauren Fisher, vp of business intelligence at Advertiser Perceptions

Marketers aren’t the only ones that have changed; the tools themselves have evolved too — first-generation DMPs were oversold and over-promised. Several years ago, they were pitched as the tool needed to unlock the alchemy that turns data into gold. And yet many marketers struggled to do just that — and used them for straightforward advertising reasons like retargeting and acquisition.

“The fact that there’s lots of talk about audits of ad tech stacks is reflective of how marketers are recognizing that even if they have bought an out of the box, plug and play solution like a DMP then they still need experts or a really great account manager to help with the implementation,” said Lauren Fisher, vp of business intelligence at Advertiser Perceptions.

Marketers now want 1plusX’s DMP to be powered by a cocktail of ID-based data (cookies, and hashed emails for example) and ID-less (targeting age without a user identifier). “That’s the mission of the modern DMP — because marketers don’t want to be limited to only targeting existing customers,” said Galler.

Some marketers are already seeing the benefits. Since April, marketers buying impressions from German ad sales house Ad Alliance, which is using 1plusX’s DMP technology, have been able to reach up to 70% share of mobile German users in the target 20-39 age range, compared to 32% for standard run of network campaigns, Galler said.

“A DMP for a marketer today lets them identify the right audiences but not through a data marketplace as they have done previously,” said Galler. “Instead, those audiences are found through direct connections with publishers facilitated by technologies like ours.”

It’s a thought not lost on the execs at Adform. Interest in the ad tech vendor’s DMP solution has been rising ever since it was rebuilt to be able to run based on first-party IDs in 2020. The use case is the same as it’s always been: connect different touchpoints across different devices and platforms. Now, however, it’s handling data from a wider variety of sources with or without known identity.

Doing so lets them create modeled audiences based on those first-party IDs as the foundation for segments that can be targeted across other publishers willing to share their own first-party IDs via the DMP. Indeed, for those publishers, it’s a chance to eke out more direct routes to marketers and in doing so charge a premium on their inventory on the back of the data.

“On the whole, marketers have responded to this well,” said Acton. Yes, there’s been a slight slowdown in plans to use these DMPs among marketers now that third-party cookies are going to be around for a while longer, he added, but many accept that the extended lull doesn’t change the industry direction moving away from those cookies. “The larger, more experienced brands that we work with have said they want to continue on the path they’re on with our DMP,” said Acton.

But the new generation faces many of the same long-term obstacles because the underlying tension of advertising remains.

“In an industry that is addicted to and predicated upon massive scale, and thus inextricably linked to third-party data, this ‘next generation’ is still tied up in data management that will be subject to the whims of the walled gardens and the inexorable trend toward more government regulation,” said Cory Munchbach, chief operating officer at CDP BlueConic. “These solutions can be a stopgap measure, but they won’t future-proof your marketing nor will they mitigate the risks that come with dubiously consented data.”