The New Model for Agency Creative 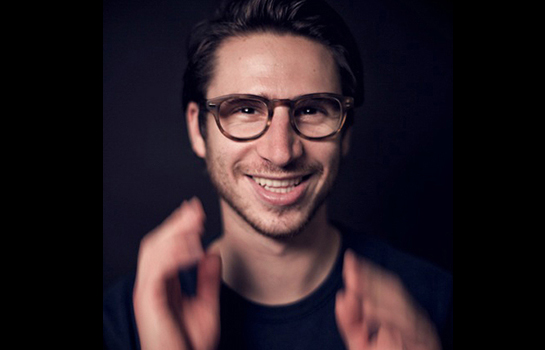 This is the first installment of a four-part series that will profile rising stars in the agency world that are leaving their marks through creativity and initiative. The series is sponsored by WebMD.

Sitting at his desk one morning in 2008, Ivan Cash was frustrated and bored. As a junior creative, he was finding it difficult to get his ideas approved or even really considered, and nobody knew who he was. So instead of mocking up banner ads for clients, he and a friend decided instead to spend a few hours of company time creating a fun website called OxtWeekend.com, which he hoped would finally – and hilariously – end the ambiguity around the phrase “next weekend.” From there, everything changed.

“Suddenly, everyone knew who I was,” Cash recalls. “I just did it as a little joke project during some downtime, and suddenly I got all this appreciation.”

Agencies often say advertising is no longer about the 30-second spot or banners ads. It’s about creating content and utilities that consumers want to engage with and pass around, they say. It’s about “making things.”

Many agencies talk the talk, but struggle to deliver when it comes to producing that type of work and, more importantly, selling it in to clients. Cash is quickly gaining a reputation as a someone who can help them do just that. Agency creatives and strategists regularly reference his work when talking about a “new breed” of digital-savvy creative. Cash is someone who has proven he can not only come up with great, creative ideas but can execute on them, too.

Ironically, that’s largely based on the success of his non-client work. Projects like OxtWeekend.com and Selfless Portraits, which invites strangers across the world draw each other’s Facebook profile pics, have earned him recognition across the industry and fueled his career.  He began his professional life at Venables Bell & Partners but quickly realized that doing his own thing helped him professionally, too.

“More often than not, I think agencies bring me in because of my projects,” Cash told Digiday. “They see the human engagement piece, and I think that’s what appeals to them. I really think advertising is becoming more about this type of content creation.”

Julian Cole, head of communications planning at Bartle Bogle Hegarty N.Y., said Cash is one of the agency creatives he follows most closely, largely because of his side projects. They regularly buzz across the ad world. Cole himself has dabbled with projects on the side, too. Last year, he created L-Degrees.com, which predicts the temperature on the platforms of New York’s L Subway line in real time.

But Cash doesn’t consider himself an ad guy, as such. He describes himself as “someone that dabbles in various types of creative projects.” His website refers to him as an “interactive artist.” It just so happens that agencies and brands are increasingly looking for the type of work that interests him, he says. It’s the type of work he’d want to produce with or without the involvement of brands.

After just five years in advertising, Cash has already worked with a wide range of agencies, including 72&Sunny, Wieden + Kennedy, Deutsch, BBDO, Grey, Young & Rubicam, Digitas and many others. He’s worked on campaigns for clients like Coca-Cola, Volkswagen, Starbucks, GE and Target.

But since going freelance over two years ago, he now says he’d never work full-time at a big agency again. The reason he’s been successful at agencies, he thinks, is that he’s always set aside time for non-client projects. You simply can’t do that if you’re working full time.

“I can work and get paid and then have time off to do personal projects, which creates a sort of virtuous cycle,” he explained. “The stuff I do on the side filters back into my work as a freelancer, and it’s sometimes nice not to have all those layers and filters that the advertising process involves.”

According to Cash, that’s an important point. Many agency creatives get burned out and frustrated by not seeing their ideas and work come to fruition, which is why they often end up leaving the agency world altogether. The secret to a great agency career is finding a balance, he believes.

It’s a point he’s made repeatedly when teaching students at Miami Ad School. A recent lecture he gave there titled “Stop Making Ads & Start Making Personal Projects” summed up his approach to his work and created a fair amount of buzz on its own merits.

It’s not really that agencies should stop making ads but that the notion of advertising is now somewhat dated. Creatives, he said, need to live up to their titles.

“The whole industry is changing, and it frustrates me that students are still being taught to make print ads,” he concluded. “I’m just trying to make people think about things a little differently.”