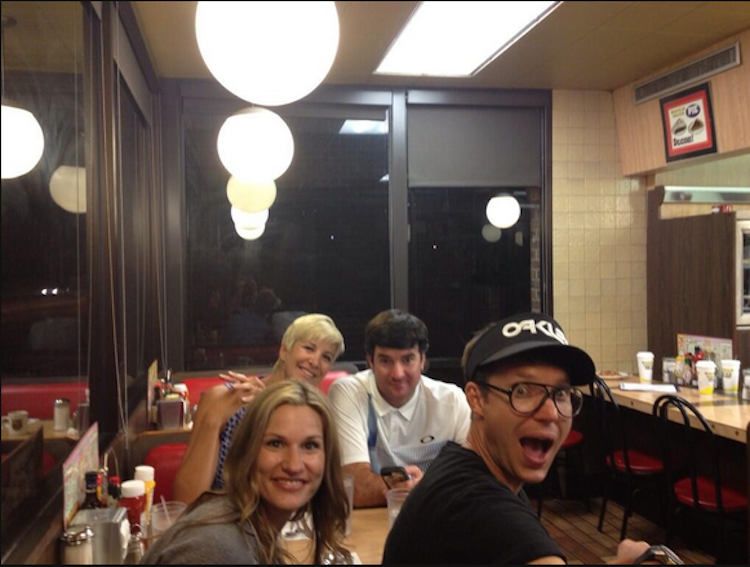 This Sunday Bubba Watson won his second U.S. Masters title in three years. And how did the golf champion celebrate his big win? A meal at Waffle House, of course.

At 3:52 PM on Sunday, Waffle House tweeted at Watson, “We got your grilled cheese waiting on you @bubbawatson! Way to go!!!” And lo and behold, Watson took them up on it. Later that evening at 10:39 PM, Watson tweeted out an image of himself at a Waffle House restaurant location along with the caption, “Champ dinner @WaffleHouse! #hashbrowns #covered,” to his 1.14 million followers.

The chain has been enjoying a healthy spike in Twitter mentions and followers. According to Topsy, since just yesterday, Waffle House has gotten more than 10,000 mentions on Twitter; and according to Wildfire, the brand has gotten 200 new followers. 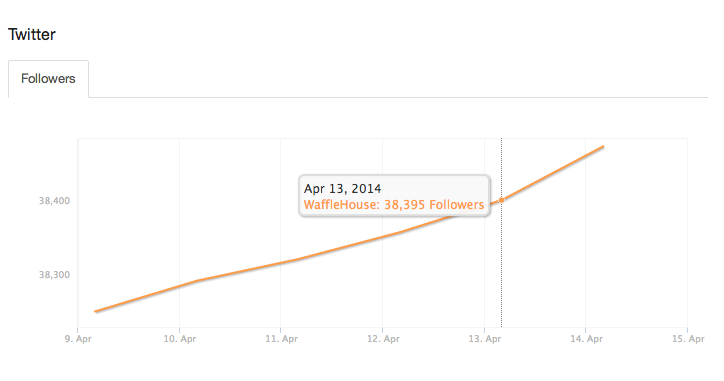 While this isn’t quite the same level of star-studded buzz that lucky local pizza chain Big Mama’s and Papa’s Pizza got thanks from Ellen DeGeneres’ surprise Oscars pizza stunt, it’s still every brand social media manager’s dream to get this kind of organic, unsolicited buzz thanks to celeb shoutouts.