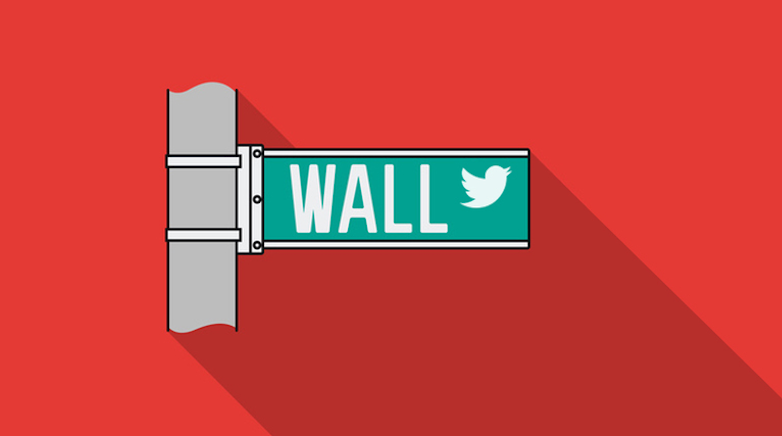 Twitter lost 1 million monthly active users over the past three months, but the platform would rather the attention be focused on its growth in daily active users, which rose 11 percent over the year prior. In its second-quarter earnings for 2018, Twitter reported its third straight quarter of profitability with double-digit growth in revenue. Here’s what you need to know:

What Wall Street wanted:
Twitter beat revenue estimates, pulling in $711 million versus $696.2 million predicted by Thomson Reuters. Unfortunately for Twitter, analysts had predicted monthly active users to grow by about 3 million while that number actually dropped.

Twitter’s stock dropped by 3 percent in after-hours trading and continued to fall. Around 10 a.m. ET, the stock was down by nearly 16 percent. The drop in stock price also may have been affected by Twitter’s weak guidance, adjusting their projections down from last quarter.

From MAUs to DAUs
According to Twitter, the downfall in users wasn’t just a simple abandonment of the platform. Twitter reported several effects including its focus on making conversations on the platform healthier, its decision not to pay SMS carrier relationships in certain markets and the impact of General Data Protection Regulation. Twitter estimated these factors may have reduced monthly active users by more than 3 million, which would mean Twitter did add users.

But Twitter CEO Jack Dorsey has been stressing the company’s work on daily active users. He noted efforts to make the timeline more interest-based and promote more thoughtful conversation.

“When we do focus on removing some of the burden of blocking and muting accounts we do see positive results in our [user] numbers, but we have a lot more work to do. We do believe ultimately over time it will help our growth story and encourage people to stay on Twitter and inform their friends and family about it,” Dorsey said.

International growing faster than U.S.
Twitter’s strongest user and revenue growth is coming from markets outside the U.S., and that will continue, said chief financial officer Ned Segal. Japan, in particular, remains Twitter’s second largest market. Revenue from Japan increased by 65 percent from the year prior.

When asked if Twitter’s strength in Japan is helping it grow elsewhere, Segal mentioned Twitter’s bookmarking tool and increasing from 140 to 280 characters as product improvements inspired by user activity in Japan. Twitter also said it’s focused on adapting to that country’s ad market, where agency power is concentrated.

Pleased to see @twitter taking a big stand against the fake followers polluting the digital ecosystem. Great step forward which strengthens the industry – I hope to see more following. https://t.co/EdQIoaI7n7

Of course, Weed’s praise came after he and other marketing executives spoke out against influencer fraud at Cannes this year.

To further please advertisers, Twitter continues to focus on video. Dorsey said his team’s been working to improve the live video product, including making it easier for users to find and participate in the conversation around it. He also touted the video website card as a “great example” of an ad product that’s received positive feedback from advertisers.