They’ve ‘sold out’: A Walmart acquisition could be damaging for fashion brands 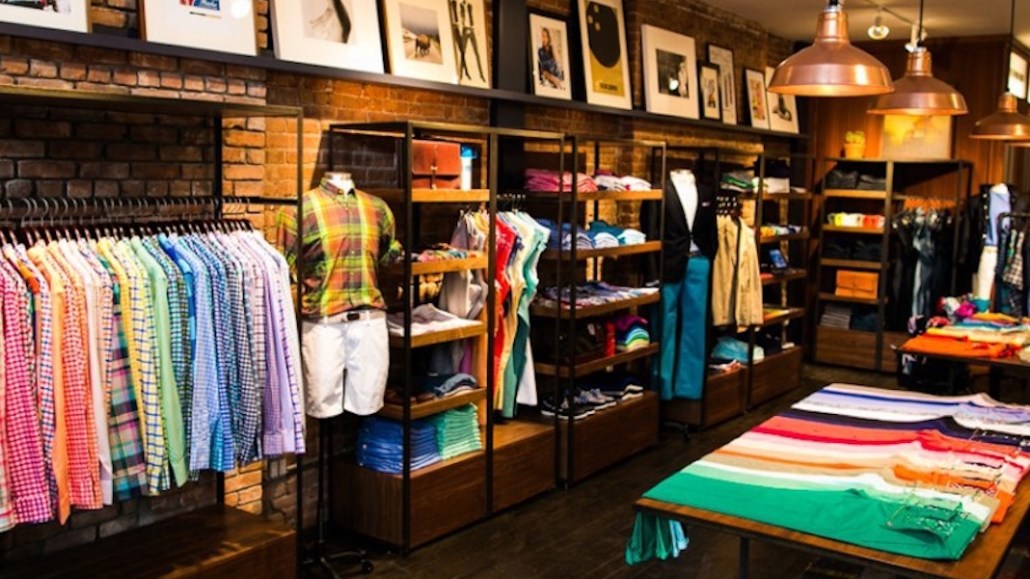 Walmart, through a series of recent acquisitions, is gunning to make up for lost time in a race against Amazon to flesh out its fashion business. But the company’s corporate overtaking of formerly independent brands is leaving a bad taste in the mouths of customers.

Its latest target: Bonobos, the menswear retailer that specializes in affordably priced, upscale suits in the $500 range — they’re currently sold online, through showrooms and at Nordstrom. Walmart is reportedly in talks to purchase the company for $300 million. Bonobos, founded in 2007, has raised nearly $130 million in venture capital and reportedly brought in about $150 million in revenue in 2016.

Customers on social media weren’t pleased with the news.

If Walmart buys @Bonobos I’ll be the first to say sayonara. Brand suicide for Bonobos #bonobos

Word of the potential acquisition comes one month after Jet.com, the Walmart-owned e-commerce marketplace, confirmed its purchase of indie fashion retailer ModCloth in a $50-75 million deal. For ModCloth customers — who embraced the brand for its inclusion of plus-size customers and models, and outspoken approach to women’s rights — the acquisition symbolized a capitalistic squash of a business’s feminist identity.

“There’s always a risk of losing loyal customers when companies merge for business practicalities instead of business philosophies,” said Chris Plating, svp of planning at the agency Erwin Penland. “If the outcome of the acquisition doesn’t honor existing consumer expectations, it could lead to disaster amongst loyal consumers.”

It’s still unclear exactly how ModCloth and Bonobos would be positioned under the Walmart umbrella, but according to Steven Dennis, retail strategist at Sageberry Consulting, there’s little chance either brand will be sold on Walmart sales floors, or that it will be clear Walmart is the parent. For most customers, it doesn’t really matter who owns a brand as long as the product quality and shopping experience remain up to par.

“If nothing changes, the majority of customers won’t mind. As long as Walmart doesn’t mess up what these brands have going already,” said Dennis. “If they start to mess with it, that’s a different story. Anything that muddies the waters and makes it a ‘Walmart brand’ could affect the brands themselves.”

Bonobos prides itself on high-touch customer service and personalization, and could see those values sacrificed under Walmart. The retailer is scaling its e-commerce strategy to rival Amazon, and positive, personal customer experiences aren’t easy to do at scale.

Walmart also has a reputation for bottom-barrel pricing, as well as employee mistreatment and anti-union policies. This amounts to backlash in a way that Amazon’s acquisitions do not. Dennis said the difference is that, while customers tend to have brand affinity for Amazon, Walmart is, at best, “tolerated.”

Emily Kahn, branding consultant at the firm Vivaldi Partners, said that association with Walmart is a turn off: “A loyal customer base is questioning the significance of the brand now that it has ‘sold out’ [to Walmart]. It’s too soon to tell what impact the acquisitions will have on sales, but speculation is that it is not looking good.”

Modcloth founder Susan Gregg Koger (who stepped down from her position as chief creative officer in 2016) wrote in a Facebook post that she was “filled with regret,” but that the acquisition was ModCloth’s only realistic way forward. Employees, speaking anonymously to Jezebel, lamented the sale, while customers shared disappointment online.

WTF did you do @ModCloth ??!! I loved you. Spent thousands! Defended your rediculously high pricing. You just ruined everything! #ModCloth

Koger raised an important point, however: While fans of retail startups may be disappointed to see them sell to a conglomerate like Walmart, it’s often the only viable option.

“Bonobos, Modcloth — these pure-plays are all facing continuing cash losses, and a lot of investors are realizing a breakeven is way down the road, if ever. They’re not willing to step in with more money,” said Dennis. “Walmart is taking advantage of a point in time where you’ve got a lot of pretty, sexy brands with decent growth trajectory that can be purchased for a relatively trivial amount of money.”

“It’s not clear to me that Walmart’s inherent growth potential is all that big, even if they ended up with 10-15 of these companies,” said Dennis. “In perspective, they’re tiny. It’s hard to see a strategy here other than to say, ‘We’re in the running, too.'”