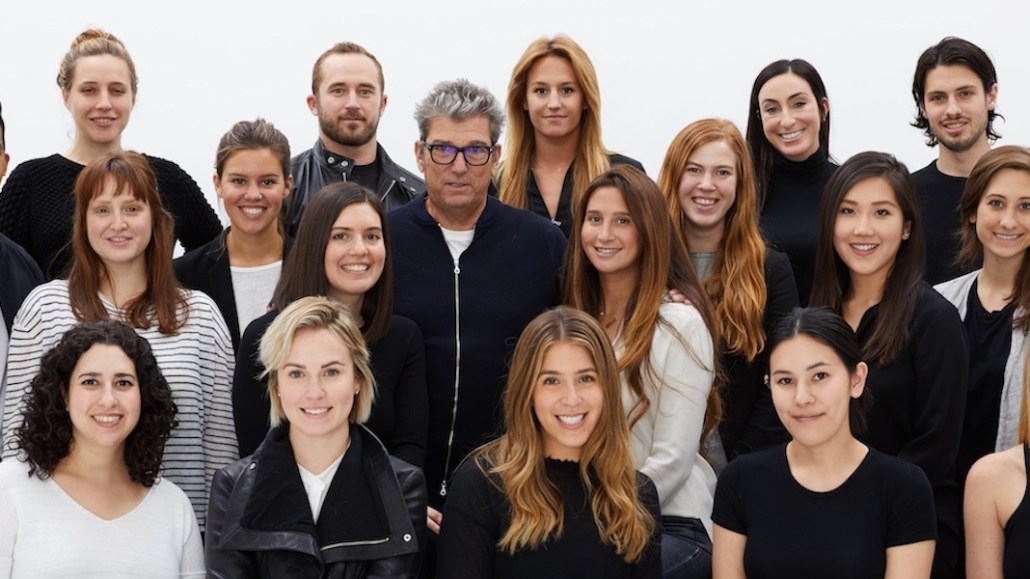 In the pursuit of survival, Theory is repositioning its brand to leave a bigger impression on customers.

Through Theory 2.0, an internal initiative that includes four different programs designed to rejuvenate the company, Theory is tackling head-on what it means to be a modern brand today. Over the past three months, it launched Be Heard, an educational event series for women in fashion and women entrepreneurs; an in-house sustainability effort; Theory for Good, a clothing recycling program; and the first Theory 2.0 capsule collection, which is designed and produced by a Theory team recruited from departments like IT and merchandising.

Following the launch of Theory 2.0, which was led by CEO Andrew Rosen and devised in honor of the brand’s 20th anniversary, the brand has led a profit boost for its parent company, Fast Retailing, which also owns Uniqlo. For financial 2017, profits for the company’s global brands category, which includes Theory and J Brand, were up 47 percent to $124 million.

And the program is just getting started: This Friday, the second capsule collection for Theory 2.0 will launch. Last week, the brand hosted its second Be Heard event at Theory’s New York headquarters. Good Wool’s first collection of sustainably made suits also became available for purchase last week.

For Rosen, Theory 2.0 tackles two goals for the brand: It breaks up the internal siloes within the company, and it puts a more powerful message in front of customers. He’s hoping that a more distinct, streamlined Theory emerges from the initiative.

“Companies can’t be siloed; they have to be democratic. For ideas like this to come up and be powerful, companies need to be able to make decisions quickly and put them into action,” said Rosen. “The world moves at a much faster pace, and we have the ability now, unlike any other time in our history, to communicate directly to our customers.”

Theory’s been pivoting attention to its direct-to-consumer business for the past few years, as retail partners from department stores to digitally challenged boutiques have become less reliable money drivers. While it hasn’t pulled back on its department store presence, which brands like Coach and Michael Kors have, Theory 2.0 shifts toward that: The capsule collections are only for sale through Theory’s direct retail channels, while Theory for Good asks customers to recycle clothing by delivering them to Theory stores. At the recent Be Heard event in New York City, the night capped off with cocktails at the Gansevoort Street Theory location, which neighbors the headquarters.

Taken individually, each component of Theory 2.0 represents one piece of what fashion brands are striving to be: environmentally conscious, democratic, philanthropic, feminist. Taken together, Theory 2.0’s efforts are laying the groundwork for the brand’s next generation of shoppers.

“Any time a company has been around a long time, there’s a lot of history and heritage. But I’ve constantly tried to, and want to, modernize the way we think and the way we do business,” said Rosen. “I need to keep modernizing our methodology of business.”

While Rosen’s guiding the overall effort, the work is happening throughout layers of the company. In order to make sure every component of 2.0 had equal attention, different teams, recruited from different departments, were recruited to lead the charge.

“These initiatives are all things that are important to people inside and outside the company, and we feel that if people within the company are passionate about what we’re doing, that will trickle to the customer,” said Rosen. “Someone has to own these things to make them successful. They don’t just happen on their own. Someone has to make them come to life and have that vision, and once that happens here, they become part of the culture.”

To spearhead each of the initiatives of Theory 2.0, project leads were assigned from different departments of the company. Wendy Waugh, the svp of merchandising and development, leads the sustainability efforts, senior merchandiser Jacqueline Holden leads the capsule collection, wholesale planning manager Ricki Segal is the head of Theory for Good, and Anya Assante, director of marketing and communications leads the panel series.

“These conversations are designed to teach, inspire and encourage anyone who has started, or who aspires to start, their own companies. It’s about building a community and being inclusive,” said editorial director Jane Herman, who hosted the recent Be Heard panels. “I hope that our Be Heard events can be one more place that professional women turn to for mentorship, business advice and encouragement. So far, it seems to be working.”

Rosen said that in order to make sure the Theory 2.0 efforts don’t come off as contrived or exploitative of where customer sentiment has swung in recent years, he wants the initiative to “reverberate from the inside out.” The logistics of the program — building teams from cross-departmental employees, while working mentorships into them, for instance — are therefore the most important, he said.

“The main reason we’re doing this is to be considered good for the people inside the company, and it will then have an effect on the way people see the company from the outside,” said Rosen. “We’re putting a lot more focus on our customer than we ever have before, and how we service and communicate with him and her.”