Taking control: How Kristin Lemkau is turning JPMorgan Chase into a marketing force to be reckoned with 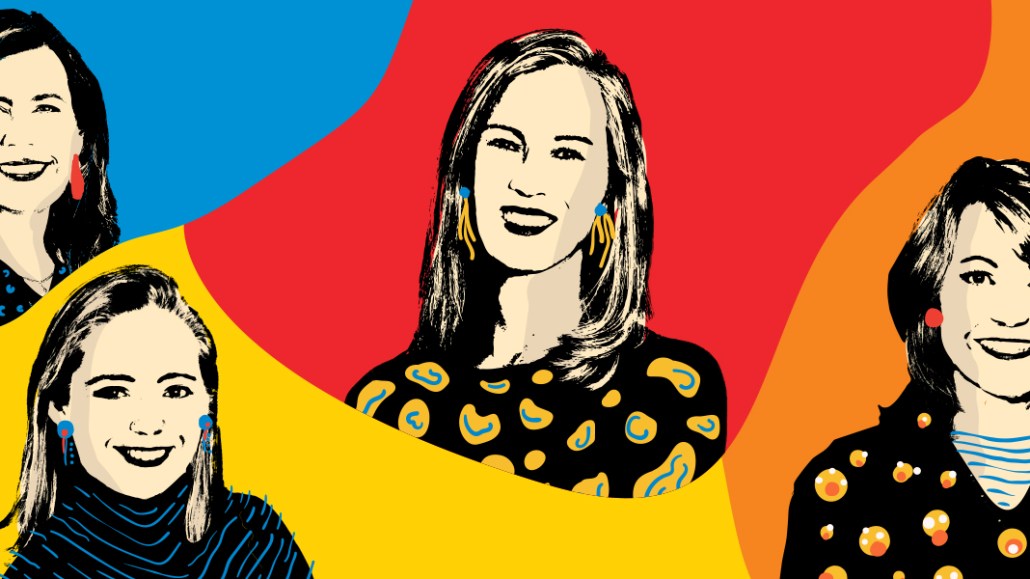 For years, employees at 270 Park Ave., the modernist skyscraper that is the headquarters for JPMorgan Chase & Co., have had a choice in company-provided swag: two kinds of tote bags.

One reads JPMorgan. The other, Chase. The JPMorgan bags have always been more popular — one longtime employee who preferred not to be named says he’s always picked up that one, despite working on both parts of the business. Until this year, when the Chase bags seem to be flying off the shelves.

It’s a symbol of how Chase, hitherto the always successful, yet somewhat less cool part of the $24 billion financial services giant, has grown up and turned into a marketing powerhouse of its own — not just externally, but also internally. And a lot of that is down to 51-year-old Kristin Lemkau, the straight-talking, popular chief marketing officer of the company, who has systematically turned the bank into one of the more risk-taking, disruptive and simply more interesting brands in the industry today.

Lemkau, along with a “dream team” that includes chief brand officer Susan Canavari, head of corporate marketing Laura Rossi, and head of sports and entertainment sponsorships Frank Nakano, is focused on taking back control.

First has been a systematic culling of agencies — Chase is now down to Droga5, VaynerMedia and its own creative in-house agency, led by Canavari. Dubbed Inner Circle, the agency handles all search and programmatic in-house. And there’s more coming: Lemkau believes anything auction-based should be done in-house, and the company is now taking a “hard look” at what other things it could take in-house more efficiently.

Some of that is the way the market is moving: Lots of marketers realize they’re better off handling more themselves. But some of this is also JPMC waking up to its strengths. For one, as Lemkau points out, the company has loads of first-party data, unlike, for example, an automotive, entertainment or consumer packaged goods company that has to rely on third-party data for marketing. Secondly, Lemkau doesn’t want to be jerked around. “One question I have for agencies — respectfully — is that they are all always talking about the rate discount, which is fine,” she says. “Then why do I have all these [full-time equivalents] doing media planning for a pre-negotiated rate?”

It’s a good question, and one that strikes at the heart of the existential crisis facing agencies and their holding companies. It’s also one Lemkau is suited to answer.

Lemkau has been at the company since 1998, climbing the marketing ladder until she became the chief marketing officer in 2014. Before that, she spent time at AlliedSignal and Freeport-McMoRan Copper & Gold in a variety of communications roles. (At Freeport, that included spending time on the Indonesian half of the island of New Guinea, scouting for mines along with engineers, an experience that Lemkau says was transformational.)

As an almost-lifer at JPMC, she’s also witnessed the banking mergers that have created the behemoth the company is today. After all, JPMC itself is the result of multiple mergers and acquisitions, including Chase Manhattan Bank, J.P. Morgan & Co., Bear Stearns and, if you go all the way back to 1799, the Bank of the Manhattan Co.

“To me, it feels like the pieces put together have to work better for the customer, and ultimately the shareholder,” Lemkau says. “That is their great promise. I have not seen that executed well. At what point do you get dis-synergies from scale?”

One brand
The anti-holding company mindset seems to run strong with Lemkau and her team. Rossi, who heads all corporate marketing at the company, says the biggest change in the past few months has been that JPMC has started viewing itself as its own brand. “It used to be viewed as a holding company, maybe like the old P&G,” she says.

Rossi, who heads content creation for J.P. Morgan, JPMorgan Chase and Chase with a newsroom of reporters and editors, says her goal, as part of Lemkau’s marketing machine, is to make the company feel like one firm.

That kind of thinking goes across all the marketing functions at Chase. Trish Wexler, the company’s longtime chief communications officer recalls the brand-safety hoopla of last March, when ads for JPMC were appearing on about 400,000 websites a month. Then, the brand limited its display ads onto 5,000 preapproved websites — and found that performance didn’t change. When that happened, there was a lot of attention around the issue — for industry observers, it was emblematic of how major marketers like Chase, and before it, Procter & Gamble and Unilever, were approaching online advertising with increased skepticism. Bob Liodice, CEO at the Association of National Advertisers, says it’s another example of Lemkau as one of the most “courageous” CMOs he’s met: She’s willing to jump in, take responsibility and fix the problem.

It was somewhat of a coming-out moment for Lemkau. As Wexler recalls it, the hard part became how to tell that story to the press and the public. When Lemkau told Wexler there was an analyst on her team who was charged with checking every website, that struck a chord. “The notion that this earnest young woman sat there was an interesting story,” Wexler says. “It helps put a face on who we are.”

And that face is a new type of bank brand.

A few months ago, Lemkau, along with her team, were sitting around a conference room table going through reams of customer research to understand who exactly the Chase customer was. A few things kept coming up: They’re aspirational. They’re optimistic. And they’re confident. Lemkau came out and said it: “They’re badasses.”

It was the turning point for how Chase viewed its customers and itself.

Perhaps nowhere is that more evident than Lemkau and her team’s work on Chase Sapphire Reserve, the credit card for millennials made at a time when most people thought millennials didn’t want a card — and wouldn’t pony up $450 a year for it.

The card, which focused on experiences and offered as-yet-unheard-of benefits like points for using Uber, was an instant hit, causing ripples across the credit card industry with competitors at American Express and Citi all scrambling to catch up. It was an insight unheard of: Millennials wouldn’t just pay for credit cards; owning a Chase Sapphire Reserve was cool and considered a status symbol in a much more human way.

Chase is now the most admired financial services company in the country, according to Fortune. The Chase Sapphire card has grown — the bank launched a more expensive option late last year and extended it to target Sapphire customers by offering them points if they also closed a mortgage with the bank.

“We’re much more purposeful of who we are as a company,” says Canavari. “We are acting as a real wingman to our customers. It’s not advertising output — it’s the power of the brand, and every senior leader across the organization is realizing that.”

And Lemkau has cemented her place seemingly as part of a new rash of CMOs who don’t pontificate and actually do. “Kristin is one of my favorite CMOs,” says HP CMO Antonio Lucio, who points at Lemkau’s willingness to roll up her sleeves and get deep in the weeds. Liodice agrees: “Kristin shows what being a CMO is about,” he says. “It is getting your hands dirty.”

“Before [Lemkau] came into this role, the brand was marketed very differently,” says Howie Edelstein, executive director in the sports and entertainment marketing department. “We’re now tied together.”

Lemkau is a tribalist. She points to her extended marketing team as a reason for her success, emblematic of how a modern CMO is closer to an evangelizing politician than anything else. The hardest part of what she does, she says, is making sure she’s staying ahead of what’s going on.

“I have to impose discipline where I spent the time to sit down and learn,” she says. “Everyone has their informal board of directors.” Lemkau’s include her team at the company, but also the current hotshot crop of marketers in the industry: Lucio, Verizon’s Diego Scotti, GE’s Linda Boff and AT&T’s Fiona Carter, whom she says she meets often so they can swap tales.

“More CMOs need to talk to each other about stuff and admit the things they don’t know, so we can look out for ourselves,” Lemkau says. “You have to do it on a personal level. Because in an industry where everyone wants to be my friend right now, the minute I don’t have a business card, I don’t know how many will be my friends.”