How Swarovski is winning over Chinese customers on WeChat 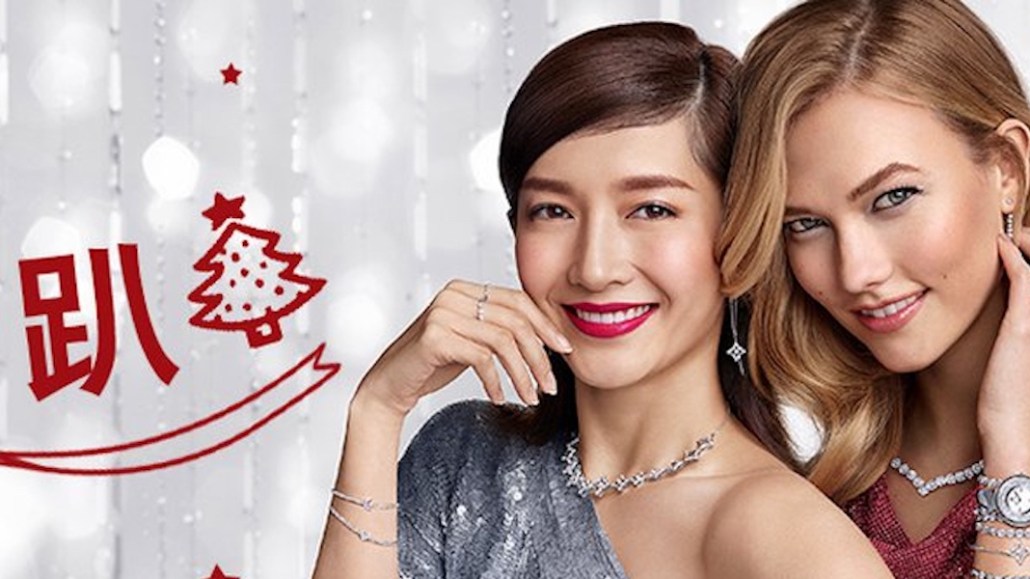 The luxury brand launched a campaign on the China-based social and messaging app to drive engagement, brand awareness and purchases (both online and in stores) during the Christmas season, which is seeing more consumer traction in the region. Over the month of December, Swarovski teased an “Advent Calendar” box of products that included three full-priced items and 21 free gifts, selling for $458 dollars. It sold out in fewer than 10 days on the platform.

It’s not the first campaign Swarovski has tested on WeChat: For Mother’s Day in 2017, the brand held a similar promotion to drive sales with a gift guide that allowed for one-click purchases directly in the app. Both the Mother’s Day and Christmas campaigns were launched using WeChat’s interactive campaign feature H5, a suite of mini apps within the WeChat umbrella app that allows for more advanced functionality, including click-to-purchase and games. According to Luxury Society, the content arm of the luxury agency Digital Luxury Group, the mini apps can be “pinned” in a user’s WeChat account, in order to be bookmarked for the duration of a game or campaign, as well as shared with a friend.

As luxury brands advance their presences in China to reach an increasingly appealing customer base directly, WeChat has proven to be a tougher long-term strategic partner to crack. While Alibaba’s Tmall marketplace and JD.com have created luxury hubs for brands to sell directly to consumers, and have designated luxury consultants to help establish longer-lasting relationships, most luxury brands on WeChat have only tested the platform in the form of one-off promotions.

According to digital think tank L2’s Luxury China 2017 report, only 8 percent of the 89 luxury fashion, jewelry and accessories brands ranked by L2 had a presence on WeChat.

“Most of these forays into WeChat commerce have been one-off, limited-time sales, and it remains unclear whether the platform is scalable,” said Liz Flora, the editor of Asia Pacific research at L2. “Selling on WeChat is becoming more popular, but adoption is limited and luxury brands are still experimenting with it. [Most brands] just use it for limited-edition sales in order to drive store foot traffic.”

For luxury brands just beginning to test the waters of having a direct e-commerce presence in China, those small sales bursts driven by specific campaigns are what makes WeChat an appealing partner. Selling on Tmall or JD.com, or opening an individual online store, is a big undertaking and investment in a market that Western brands are still getting used to.

With its Christmas campaign, Swarovski tied in its local store network by promoting a QR code in stores that connected to the WeChat campaign, meant to drive both in-store purchases as well as more awareness to the platform. Followers of the campaign got other incentives, as well, including a chance to win free prizes after participating in seven different games in the app or sending the promotion to friends. According to Luxury Society, two-thirds of the followers Swarovski gained on WeChat were done so organically.

It’s a step toward Swarovski following the footsteps of brands like Cartier, which is one of the few luxury brands that has a dedicated WeChat boutique up and running. Most recently, digitally shy brand Céline launched a boutique on the platform, as well. For brands wanting to make an entrance in China, WeChat’s 900-million-person user base is one place to start.