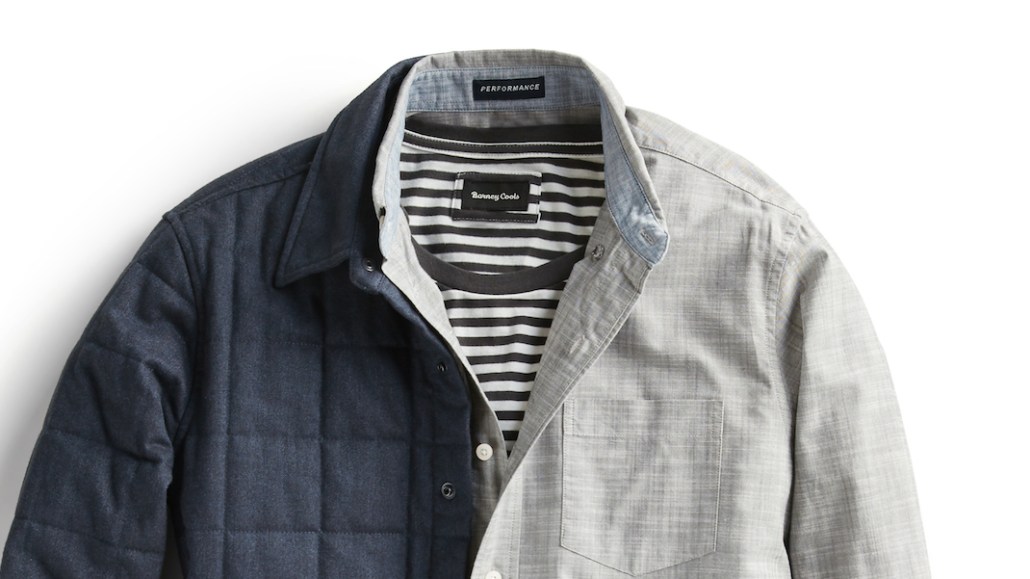 To help grow its users, Stitch Fix is focusing efforts on improving its two-year-old men’s business. The key to unlocking that customer: improving fit.

This week, the company is rolling out its biggest update to the men’s business since it launched in the fall of 2016. All around, Stitch Fix men have more options: It nearly tripled its men’s brand selection from 50 to 140, and it increased its potential fit and size combinations (for example, a size medium in tall) from 160 to 800. Part of that increase was thanks to adding more sizes, up to a 3XL in shirts and a 48-inch waist in pants, by working with brand partners as well as developing private-label brands. More categories have been introduced, as well, including occasion wear, like suit separates and dress shirts, and athletic wear, for activities ranging from hiking to golfing to running.

As with everything Stitch Fix does, its data technology capabilities, including qualitative and quantitative analysis and machine-learning algorithms, guided the expansion of Stitch Fix Men’s. According to Chris Phillips, gm of men’s, kids and exclusive brands at Stitch Fix, the company gathered, tracked and analyzed nearly two years of customer feedback, both direct (written reviews) and indirect (a consistent return pattern), to figure out how it could improve the fit of its men’s clothing in order to promote the overall health of the business.

“We first and foremost prioritized fit because we heard from men constantly that clothes have to fit, really well, otherwise, he won’t keep them, and his satisfaction with the service isn’t great,” said Phillips. “So that’s where data science comes in with how we serve our guys better: through a better understanding of how we can use data to fit them.”

When Stitch Fix went public in 2017, the company shared it had a member count of more than 2 million and was on track to earn nearly $1 billion in revenue that year. Since, the pressure has been on for the company to prove it hasn’t tapped out the market of people willing to shop by way of a curated style box, shipped on demand. Most recently, in its third quarter earnings report for 2018, the company disclosed that its members grew to 2.7 million, up 30 percent year-over-year, and that revenue hit $319 million for the quarter, up 29 percent over last year.

During the company’s last earnings call with investors, CEO Katrina Lake said the company’s top priorities are to increase wallet share for existing customers — through initiatives like ‘Extras,’ which lets customers add basics like bras and underwear to orders — as well as bring in new customers. Category extensions, including menswear, plus-size women’s clothing and, most recently, kids clothing, are the biggest drivers of new customers and, therefore, revenue. Stitch Fix doesn’t break out growth figures for individual categories.

“Men’s is a great driver of growth revenue,” said Phillips. “And as we think about growth, the opportunity to expand our portfolio with larger sizes lets us capture more clients. There’s a much bigger addressable market out there that we can serve, and we’ll do so as we work on fit and sizing.”

To improve the men’s category, Phillips said the team divided menswear into five aesthetic categories, breaking each down by price point. From there, it was easier to pinpoint white spaces, which the company can quickly fill by producing and selling styles through its own supply chain in a three- to four-month production window. It could also pinpoint problems with specific pieces based on customer behavior. For instance, Phillips’s team observed that XXL shirts were getting returned at a higher rate than any other size across product category and brand. By looking closer at the size’s product specs, they found that many XXL shirts were running too small in the chest, since 70 percent of men who wear XXL identify as “husky.” So, Stitch Fix both produced XXL shirts with longer lengths and a broader chest, and shared findings with brand clients as well. The return rate for that size was reduced.

Across the apparel industry, brands are looking for ways to improve the bottom line by expanding size ranges, and Stitch Fix’s wealth of customer data and ability to react to customer behavior patterns is a benefit. Bonobos, which retails through Stitch Fix, increased its size range to a 54-inch waist in pants, a 4XL in shirts and sweaters, and a 54 in jackets and blazers.

“We’ve done a lot of hard work in changing how men shop for pants, and this is widening those efforts to reach a bigger audience,” said Brad Andrews, the co-president of Bonobos.

For Stitch Fix, reaching more men means marketing directly to them, as well. Phillips said all messaging for its men’s business is targeted to speak to men’s needs, rather than targeted to wives or mothers who shop on their behalf. This push, across paid channels like Facebook and search, as well as in organic brand marketing efforts, will now address men’s sizing needs.

“Guys care about their style, and when something doesn’t fit, he thinks he doesn’t like the style, and he’s turned off entirely,” said Phillips. “What shows up in the data is that he’s spending time with the style profile. In some respects, his feedback is even more specific than our women’s. We know this is paramount to the business, so we need to show that we take our learnings seriously and act on them.”