Startup Spotlight: How Andie Swim is rethinking the market for one-piece swimsuits 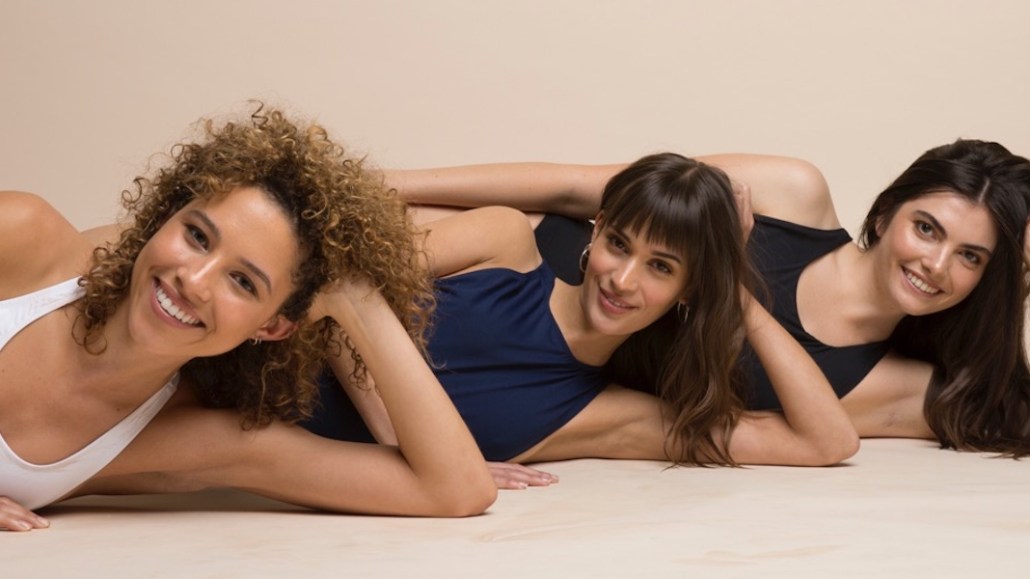 Andie Swim, a new direct-to-consumer line of one-piece bathing suits launching today, is hoping to gain ground in a growing market by skirting the traditional ways swimsuits are produced and sold.

“Swimwear is a personal purchase, and we found by speaking to customers that, while they hate the in-store experience, they don’t always trust buying online,” said Melanie Travis, Andie Swim’s co-founder. “The swimwear industry is so stuck in its ways, we saw an opportunity.”

Andie, launched by Travis and her co-founder Tess De Paula, looks to fulfill the white space for affordable, minimalist swimsuits made by women, for women, starting with a line of one-piece swimsuits in three solid colors. Right now, the brand doesn’t have any plans to sell bikinis, as Travis wants Andie to be “synonymous with the one-piece.” Shoppers can try all three colors in various sizes at home, then pay for whatever they choose to keep while returning the rest. Customers are rewarded for the more suits they choose to keep, with the price dropping by $10 with each suit kept: One suit costs $125; two cost $115 each; three, $105 each.

Not only are one-piece swimsuits surging in popularity, but people are becoming more comfortable shopping for swimwear online. A recent study of 4.7 million online shoppers by Slice Intelligence found that online shopping for swimwear, a $13.5 billion industry, increased by 65 percent in 2016 over 2015. In the same time period, sales of one-piece suits increased 50 percent, according to Slice.

It’s impossible to avoid the Warby-Parker-for-swim comparison, particularly considering the try-at-home model, which Travis said wasn’t inspired by the direct-to-consumer eyewear company but by the idea that fit is the most important consideration when buying a new swimsuit. That concept is supported by a recent NPD survey that found the fit of a swimsuit is a higher priority than comfort and style.

Andie is looking to inject newness into the traditional swimwear industry, which puts suits on sale in February so that, by August, stock is picked over. It’s also launching right as Victoria’s Secret is exiting the swim market, having closed its line last year in order to focus on its core categories, bras and underwear.

In order to figure out its plan for distribution, Travis and De Paula also tracked airline patterns to figure out when people were vacationing and how that matched the market availability for swimsuits. They found that, while there used to be peaks and valleys in late summer and winter, travel has evened out. Andie’s product launches will follow those less traditional, year-round patterns, with the mindset that any season is swimsuit season. Specialized launches around events like Coachella and occasions like honeymoons will pad out the brand’s releases throughout the year.

By skirting the traditional retail calendar for swimwear, the brand is also able to produce its line entirely in the U.S. at more affordable rates, when the factories are otherwise looking at downtime. The suits are sourced from fabrics from a North Carolina mill and manufactured at a women-run factory in Los Angeles.

“I couldn’t fathom sending our product overseas. We wanted to be in-step with our manufacturers,” said Travis. “That being said, it’s definitely possible to hit a wall in the U.S. with sourcing, but we haven’t yet.”

Andie’s team is hoping that a U.S.-made, women-run company for swimwear, an intimate purchase for many women, will be able to rally a strong community of passionate customers around it.

“I started thinking about swimwear because I had trouble finding a one-piece suit, but the level of engagement with the surveys struck me,” said Travis. “The question, ‘How do you shop for swimwear?’ galvanized people, and I realized we could create a robust community around this.”

To flesh out that community, Andie plans to run frequent pop-ups to provide an in-person shopping experience and help customers put a face to the brand, and vice versa.

“I was always involved in bridging online and offline communities, and I think that’s what a brand today needs to do,” said Travis. “When preparing to launch Andie, what struck me was how stuck in their ways designers and retailers are. They’re not nimble, they’re moving really slowly. It made me confident that an outsider could excel in this industry.”