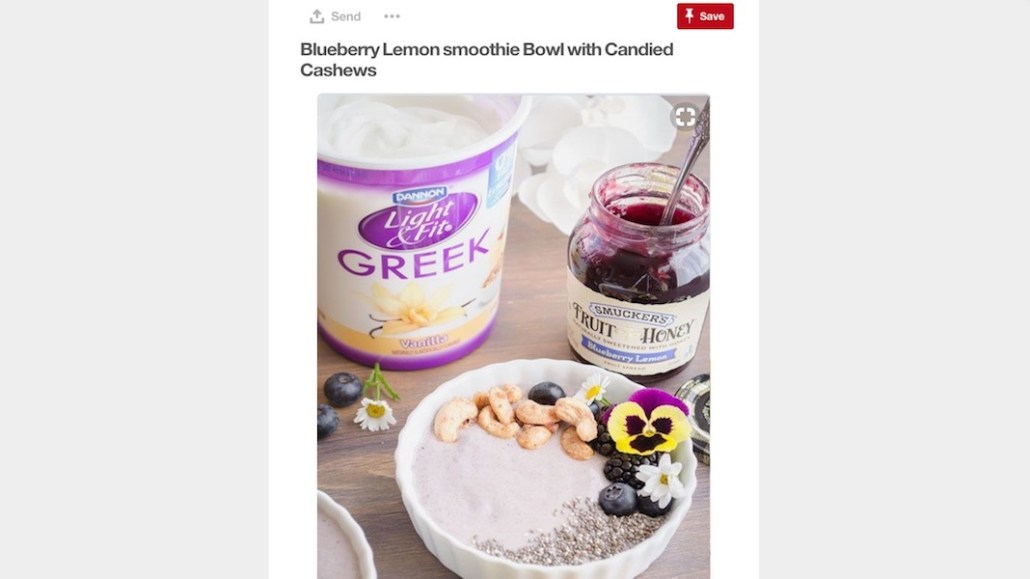 Influencer marketing has a fraud problem. Brands have run campaigns with fake influencers and on real ones who use bots to boost their followings. Influencer agencies themselves have also inflated their own influencers’ accounts.

Ahalogy wouldn’t say how much fraud the company found among influencers it’s used in the past but said that today, the amount of fraudulent traffic to its paid influencer posts has decreased by 98 percent and that The J.M. Smucker Co. posts accrue less than 1 percent of fraudulent views.

Josh Williams, senior manager of shopper marketing at The J.M. Smucker Co., said the company started paying attention to digital fraud in 2015, when the most prevalent form was bots clicking on banner ads. In the past year, the company has shifted its focus to the problem of fake followers among influencers, which the company has been using more to connect with customers.

To see which influencers have authentic followers, Ahalogy uses tracking technology from verification firm Moat to audit influencers’ accounts before, during and after campaigns. An influencer’s account can still be inflated due to bots or bought followers. For this reason, Ahalogy only guarantees impressions and site visits from paid media posts, like promoted Facebook and Instagram posts that are verified by third-party services. Ahalogy still asks its influencers to share The J.M. Smucker Co. content with their social followers, but any click-throughs to unpaid content are automatically considered bonus impressions.

In July, for instance, The J.M. Smucker Co. worked with Ahalogy on an influencer-driven campaign with The Dannon Co., choosing a blogger named Allie and her Baking a Moment blog for a sponsored post after making sure her site was clear of bots and fake followers. The post, a recipe for triple berry honey yogurt breakfast cheesecakes, received 9,187 pageviews, with only 0.72 percent coming from bot-driven views, according to Ahalogy. Similar sponsored blog posts for The J.M. Smucker Co. have gotten nearly 50 percent fraudulent views, said Ahalogy.

“We want to make sure our content is actually being viewed by people who are utilizing our products and not by a fake bot poisoning our campaign,” Williams said.