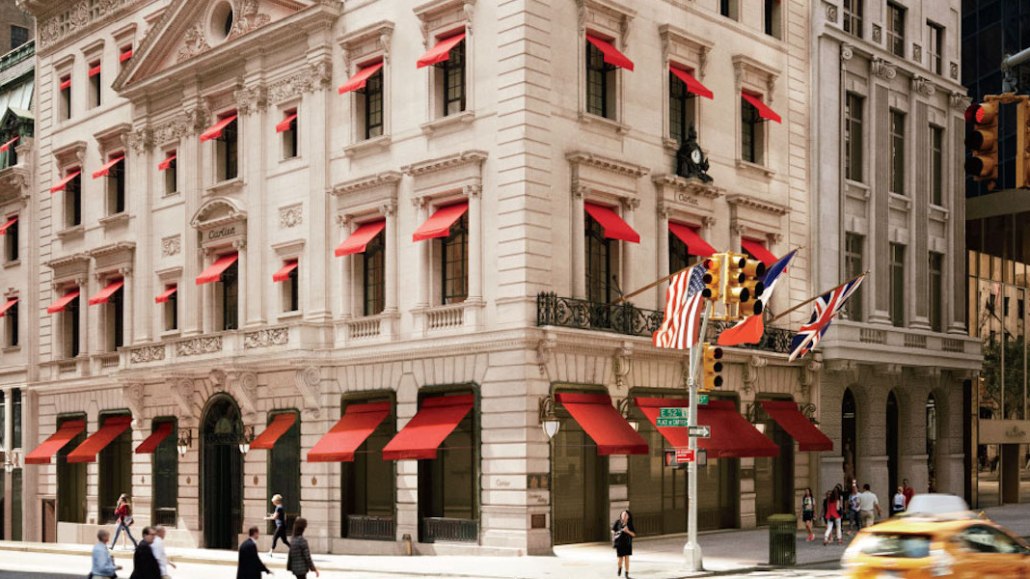 Luxury group Richemont is seeing big growth surges in the Asia-Pacific region, much like direct competitors Kering and LVMH. But it took a period of pain to get there.

Over the past year, the company made a concentrated effort to clean up its gray market business in Asia, buying back excess inventory from distributors that had gone unsold over the past two to three years. The period of overselling had resulted in the luxury goods, particularly watches and jewelry from Cartier and Piaget, being dumped by the official distribution partners into the gray market, where it would be sold by unauthorized distributors at a discount of anywhere between 10 and 65 percent.

“We went partner by partner, sat down with them, and looked at their inventory situation. We had the biggest stocks just sitting in Asia, particularly China and Hong Kong,” said Richemont CFO Burkhart Grund. “We went specifically to the dealers and repurchased inventory that we oversold and they overbought, admittedly, in different circumstances — when the market was still booming.”

The bought-back inventory was, in some cases, destroyed by the Richemont group, at around the same time it cut 500 jobs in its watchmaking operations — part of its overall efforts to adjust to slowed watch sales. Those efforts have begun to pay off.

The group, which in addition to Cartier and Piaget, owns jewelry, watch and fashion brands like Van Cleef and Arpels, Chloé, Dunhill and Montblanc. During its earnings report for the first half of financial 2018, Richemont reported a 12 percent increase in revenue over the same time last year, to $5.6 billion, while profits surged 80 percent, to $1.1 billion. In Asia-Pacific — the company’s largest region, accounting for 39 percent of all sales — sales increased by 25 percent year-over-year.

Tightened control over wholesale inventory and a focus on direct retail is guiding Richemont’s distribution strategy globally. Grund said Richemont’s luxury labels are still transitioning from the traditional way of selling goods like fine watches and jewelry, which is through a wholesale network. While the past five years saw the company responding by building out a fleet of direct retail stores, Richemont is now officially turning its sights on e-commerce and, specifically, figuring out how to accommodate the new type of customer that shops in whatever way is most convenient. That shift, according to Grund, doesn’t bode well for traditional wholesale partners.

“We’ve tried to manage [wholesale, retail and e-commerce channels] separately. This is the model of the past,” said Grund. “The customer doesn’t see wholesale, retail or e-commerce as separate channels. For them, it is all part of the same experience. That is the much bigger challenge the industry is facing. And while we’re not actively managing a store closure program in the wholesale channel, what we have stated at the same time is that we believe the traditional wholesale trade, especially in watches, will overtime disappear.”

For Richemont, the most pressing realignment in regard to how it manages inventory and resources across channels was in Asia. As the company was dealing with overstocked Cartier and Piaget watches and jewelry flooding the gray market, the customer in markets like China and Hong Kong had also begun to shop differently. More customers are making domestic purchases and looking to direct channels to do so — those include brand-owned retail stores, e-commerce stores, or officially owned shops on commerce marketplaces like Alibaba, WeChat and JD.com.

“The gray market has been a plague for the market in China. Consumers were put off that there was such a high volume of counterfeit or unauthorized product, but crackdowns are effective,” said Rob Nowell, marketing manager at Brandview, a global product positioning analytics firm. “For the last 18 months the sales have been showing a resurgence in the orbit of domestic shopping in China, both online and in store. That’s been a drive in consumer confidence.”

To make the most of its newly freed-up market in Asia, Richemont is opening retail stores and looking for assists from online platforms. For now, Cartier and Piaget are Richemont’s two brands making the most headway on a reformed digital-heavy strategy in Asia. Earlier this year, Cartier opened a boutique on WeChat, selling limited-edition hand-delivered items to customers in 25 Chinese cities. Piaget, meanwhile, is expanding its store network to bolster its jewelry business. These strategies will eventually be co-opted by other Richemont brands, said Grund.

“We have to remember that corruption in China was so rife. Obviously they had to fight this and started a rigid anti-corruption campaign. None of us can imagine how rife the corruption was,” said Richemont executive chairman Johann Rupert, in a previous interview. “They also started with stronger import border control by taxation. China has normalized today. They decided they want to lift domestic consumption, and now we see growth across all luxury goods.”