The reverse Vice: Why agencies are becoming media companies 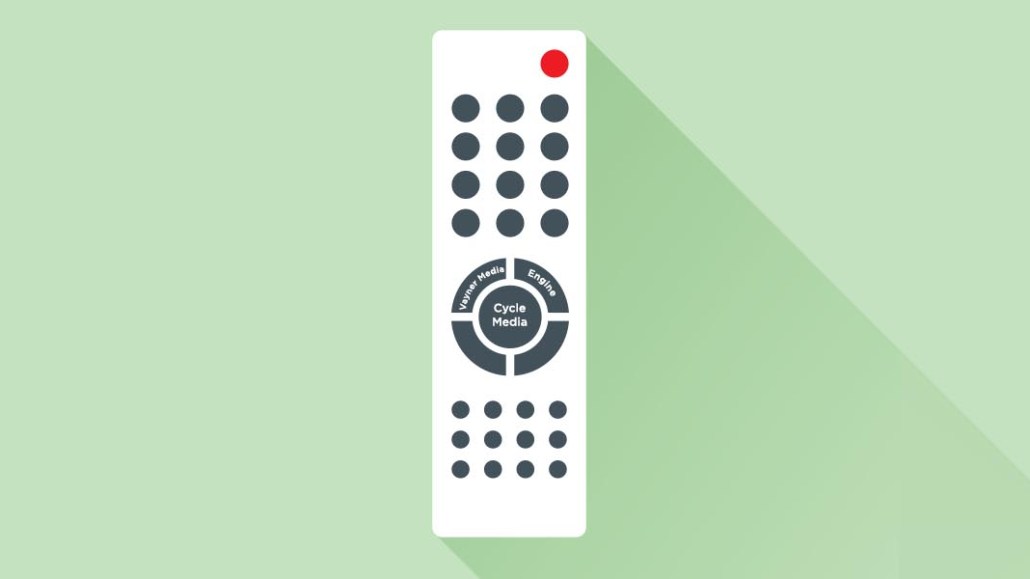 “We’re not affiliated with Porzingis. We just want him to stay,” the billboard read in smaller letters. Below that, a picture of the Instagram logo and the logo of Cycle Media appeared.

For Cycle Media, which took out the billboard, it was the best way to announce itself — to the world at large, but also to the media industry: We’ve arrived; we are a brand.

It was necessary: Cycle Media grew out of Laundry Service, the social media shop that has for years created creative content for brands like Beats by Dre and Bud Light. In 2014, CEO and founder Jason Stein established a media business called Cycle focused on Instagram content and influencers.

Today, Cycle Media is an “umbrella” organization that includes Laundry Service, and has pivoted into being a media company that creates video content and sells ads alongside it. It’s focused on quality, according to Stein, and not reach, recognizing reach as a commodity. Stein argues that the company can do a lot more — from creation to distribution — for less, under one roof.

It will soon also include more media brands. In June, it got $150 million from sports marketing firm Wasserman, which has a controlling stake in the company — cash that Stein wants to spend on making more media company acquisitions.

It’s a new and fractured trend in the agency world. Even as publishers have barreled toward building out agency capabilities, agencies are starting to dip a toe in media.

“Everyone wants to be a media company,” said Ezra Kucharz, a consultant and the former president of digital media at CBS. “People are looking for initiatives by scale. A production company or agency does not scale.”

This is beyond the typical business arrangement, in which agencies, usually through holding companies, invest in media companies (like WPP’s investment in Vice). Agencies, like Laundry Service, are building out media operations. (The two remain separate: Agency client data doesn’t inform content strategy.)

“Operationally, Laundry Service has always been a media business, creating and distributing a high volume of high-quality branded entertainment for global audiences,” said Stein. “Today, whether it’s Laundry Service content on our brand partner channels, or Cycle content on our own media property channels or our talents’ channels, it’s all the same business operation to us, across different business entities.”

For Stein, this was always the plan. A few years ago, the company created an original series featuring Nicole Richie, and that was when Stein said he realized he could start building and scaling his own media properties on the side.

“It’s been a fascinating experience,” said Ryan Harwood, the founder of PureWow, which got bought by the parent company of another social agency, VaynerMedia, a couple of months ago. “Candidly, as a media company, you don’t know all the facts of an agency. It’s been an experience.” 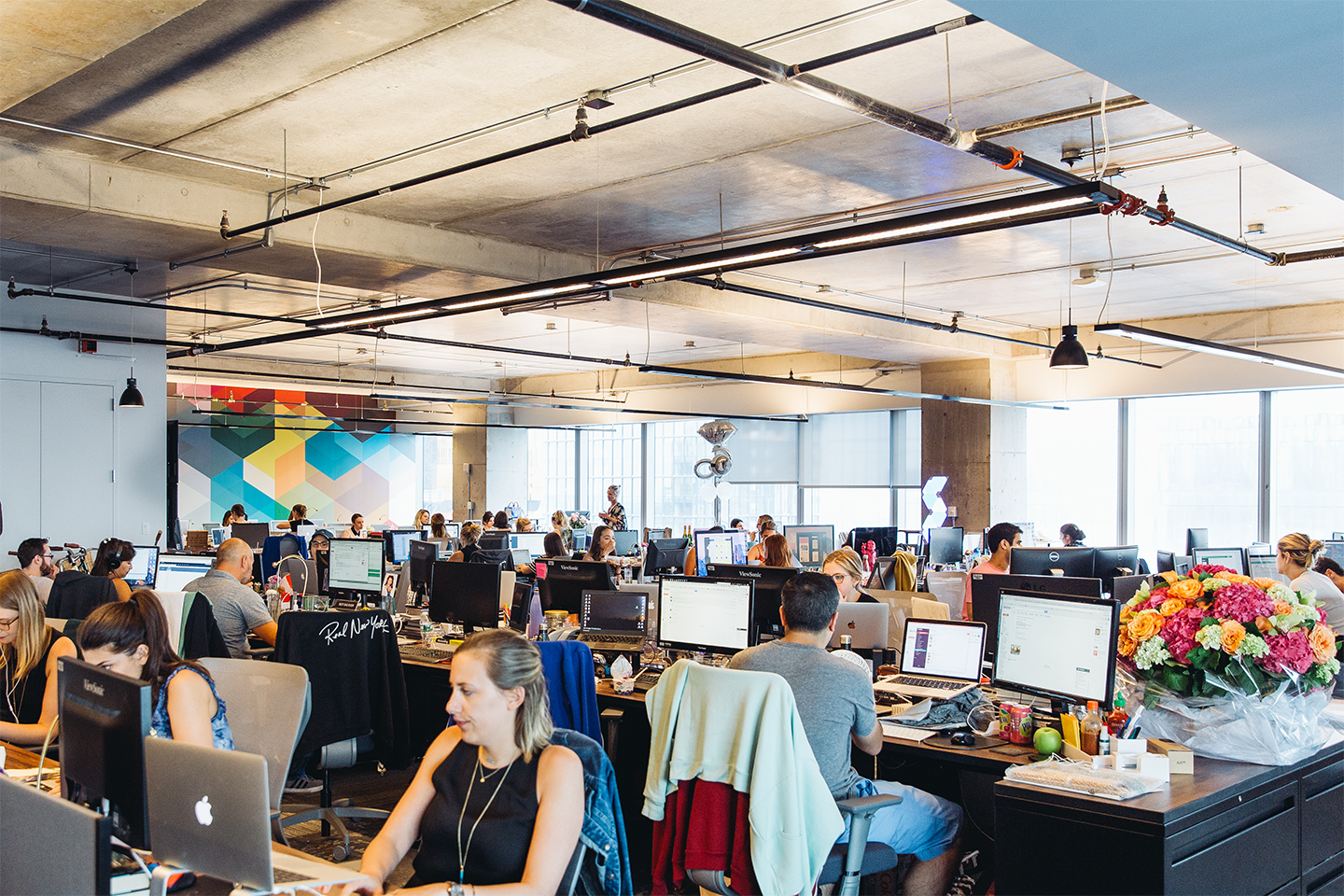 The idea is that VaynerMedia can provide resources and cash to help PureWow do more. Bought for an undisclosed amount, PureWow is the first media company owned by The Gallery, a new sister company of VaynerMedia’s that Harwood said will house a portfolio of media brands.

Why more agencies don’t buy media brands is because of money, said Harwood. Media companies typically sell for three to five times revenue — a lot for the agency business, where margins are thin.

The big internal change for an agency is knowing how to fill its ranks. Agencies are typically heavier with production staff and creatives. The big difference, said Stein, was Cycle needed to build a dedicated editorial team that knows media. Its current team is 20 people, with veteran ad tech executive Jason Kelly as chief strategy officer.

Pivot to video
The media world’s pivot to video has helped. From Mashable to MTV News, publishers have put their eggs firmly in the video basket, recognizing the frayed market for display ads — and brands’ and Facebook’s love for video.

For many of these agency-media companies, video is part of what they always did. Cycle and PureWow both recognize video is the big driver. Cycle only does video, and PureWow plans to use VaynerMedia’s new 50,000-square-foot video production facility in Long Island City. “We’ve been known historically for short video,” said Harwood. “The big reason — one big reason — for the deal was being able to use the Vayner Productions team to do more long form.”

One way that has materialized is a recent project PureWow did with GE Home Appliances for an episodic video series. (GE has been a longtime VaynerMedia client, but Harwood said it has worked with PureWow before as well.) “The resources or equipment we are getting to do so, it accelerates this,” he said.

It works because it doesn’t force agencies to protect some sort of legacy TV business — and also from an infrastructure standpoint. There doesn’t have to be a big restructuring, and it’s relatively seamless to slide into.

But there are holdouts — and traditional approaches — even to this. Ian Schafer, the founder of Deep Focus and now the chief experience officer at Engine Group, which inked a deal with Dash Radio to create sponsored video content for Dash’s music service, said the world of content is “ripe for turnover,” paving the way for everyone — including agencies — to become publishers.

“The traditional content creation business was upended by the platforms,” he said.

Schafer said he chose not to buy a media company because they’re too expensive, instead choosing to partner. “At worst, we can be empathetic to how publishers operate,” he said. “At best, we can build a service offering that works well with them.”

The agency has worked with four publishers last year as clients, including About.com for its rebrand to Dotdash. Unlike Cycle Media, which is in the audience business, Schafer doesn’t want to get into that. “I don’t see us creating content that would be an audience play,” Schafer said. “We don’t want to be on that treadmill. That’s not our business model.”

Anyone can make a viral video once in a while, said Keith Hernandez, svp of revenue at Bleacher Report, who heads the company’s branded content studio and has built similar ones at BuzzFeed and Slate. What’s hard in media, day in and day out, is consistency and the right talent.

“How [any publisher] will build a great brand is to build great videos. They need to, at a consistent clip, put out videos that hit and capture an audience and build a culture,” said Hernandez. “We’re an industry that used to sell on real estate. Now, we are selling on our point of view of the world. That’s what brand clients are after.”