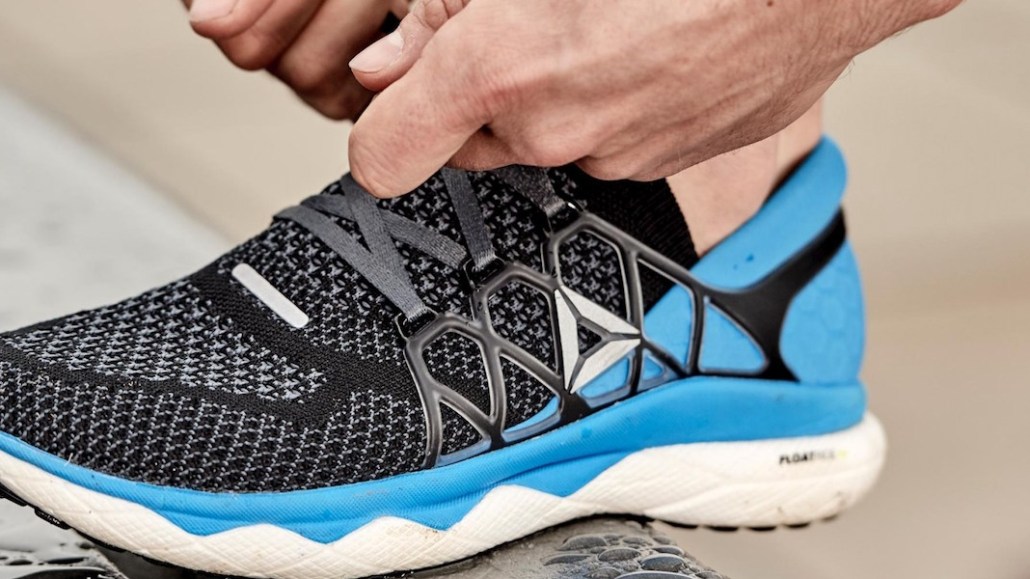 At $150 a pair, Reebok’s Floatride Run is one of the sneaker brand’s most expensive running shoes. But despite the cost, Floatride in just three months has become Reebok’s highest-rated and No. 4 best-selling sneaker on the company’s website out of more than 830 shoe products. Reebok has a network of 1,200 running experts to thank.

The running category hadn’t been a priority for the Adidas-owned Reebok for around seven years. When Reebok planned to introduce Floatride — billed as its first lightweight, long-distance running shoe to feature a proprietary form of technology — the biggest challenge was to build credibility with runners, according to James Woolard, brand director for Reebok.

“It is a tough sell when consumers don’t think that we have history in offering cushioned running shoes,” said Woolard. “We believe that consumers increasingly trust third-party [reviews] when it comes to the performance of your product, which drives us to invest in influencer marketing and the effectiveness of our products.”

Woolard’s team approached influencer marketing differently than most retailers. Instead of asking celebrities or content creators with big social followings to post how great Floatride was, Reebok worked with retail marketing firm Experticity to let about a 1,200-member group including sneaker salespeople and running club instructors sample the shoes for free. Then it collected their reviews through review software platform Bazaarvoice before the product launch. Reebok didn’t pay extra for positive product reviews; the only compensation was free sneakers.

“Influencers [is] a broad term. For us, they are not just people with 100,000 followers on Instagram. Instead, they are experts in the running field who work at a local footwear store or participate in a running club, for instance,” said David Pike, associate manager of brand management for Reebok. “Influencer marketing is hard to quantify, but product reviews are tangible. When people see customer reviews for a new product, they feel more informed and confident to buy.”

Kevin Knight, CMO for Experticity, said his team designed a content hub to show the running experts that Reebok was as well-positioned to make a high-performing running shoe as it was back in 1909, the year Reebok made its first running shoe. The hub also featured interviews with Reebok’s research and development team covering how they created Floatride. Reebok encouraged those running experts to write product reviews and spread the word on their own social channels.

The day Reebok officially introduced Floatride, the sneaker had already amassed over 600 product reviews in three months on its website, according to Pike. Reebok also collaborated with ReebokOne, its own community of more than 132,000 fitness instructors, to advocate Floatride.

As Reebok expands in running shoes, influencer advocacy will continue to play a pivotal role of its marketing strategy, said Woolard.

“We are committed to this approach because we want to have two-way conversations with consumers. Their feedback — even if it is negative — helps us make adjustments,” he said. “We have built product launches on social-based fitness crazes in the CrossFit community, so we will apply that to other categories like running.”