Marketing Briefing: Why Mastercard has transitioned 25-year-old ‘Priceless’ from ad tagline to focus on experiences 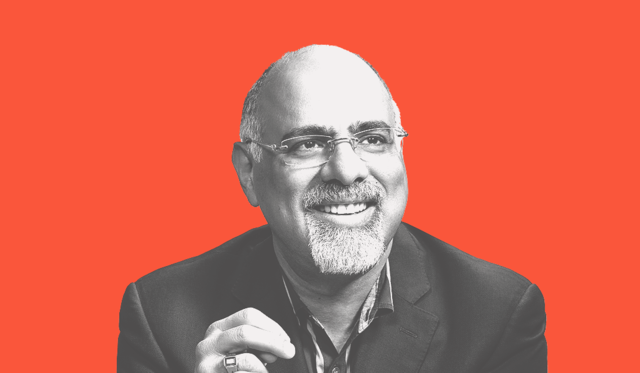 This week, Mastercard’s long-running “Priceless” campaign turns 25 years old. Over the years, “Priceless” has become more than an advertising tagline for the brand but an overall marketing ethos. Digiday caught up with Mastercard chief marketing and communications officer Raja Rajamannar to hear about how the brand is focusing on experiences over traditional advertising, managing the current economic uncertainty and thinking about the metaverse. This conversation has been edited and condensed for clarity.

How are you evolving “Priceless” for today’s marketing and advertising landscape?

It was not being fully exploited because it was only being used for advertising. [We knew] it had the potential to become a full-fledged marketing platform. That was when we [transitioned it from being an] advertising-led platform to become an experience-led platform, which means that we are not observing and celebrating Priceless moments, but we are enabling and curating Priceless experiences for our customers and consumers.

In recent years, the brand has shifted to focus on creating restaurants, scents, audio albums and more – over more traditional advertising. Tell us why.

This is not traditional advertising. In fact, we moved substantial portions of our advertising dollars into experiential marketing. One of the fundamental reasons why we wanted to do that was because if you look at consumers today, on an average, they’re bombarded by 5,000 commercial messages every single day, which is impossible for any human being to process. The span of attention of human beings is now slightly less than that of a goldfish. So you’ve got a very narrow span of attention and 5,000 ads. The clutter is unbelievably high. Then there is a profound distrust that consumers have about advertisements and about brands.

Advertising is probably not going to be the primary way for us to be connecting with the consumer. The need to communicate does not disappear, but the way we communicate has to evolve. And that’s why we we still have to leverage advertising, which we do, and we do spend a good amount of money but the majority of it [we have] actually moved it into experiences.

Unfortunately, we are prohibited from revealing our numbers for a variety of reasons but what I can say is we are one of the big spenders but we are not as big as some of the top spenders.

Given the economic uncertainty we’re currently dealing with, will you continue to spend on experiences and experiential?

[If there is a downturn,] the need for experiences doesn’t disappear. People actually value experiences more than things and that’s where we actually are playing. We are not focused on things or you buy this or you buy that. So we are trying to curate those kinds of things.

The key thing is the metaverse is still slowly scaling. [We’re] seeing what works, what doesn’t work and how the economics play, etc. [What we’ve found is that we] can expand our scale pretty substantially of our real world experiences.

For example, we have been sponsoring the Grammy Awards for 17 years or so and we curate experiences for card members. They come, they have a red carpet walk, they take a selfie in front of the step and repeat. They watch the concert, they go backstage. Now we extended this Grammy experience to hundreds and hundreds of thousands of people around the world, whether it is from India or Brazil or Australia. They could now experience the Grammy immersive experience that typically the people who attend in person would experience. To be perfectly candid, the metaverse does not substitute physical reality. But in the absence of a physical reality [it’s appealing].

How are you planning for an economic downturn? Are you asking your agencies to have contingency plans?

We have always been very frugal in how we spend our money. We are very dynamic in our planning so we can turn on or off, depending upon how the market is swinging.

Last year, brands were rethinking their plans to take marketing and creative teams in-house as the pandemic continued to create an atmosphere of uncertainty. The in-house trend is shaking up yet again as a slew of in-house creative teams have restructured, according to a new survey by Lytho, which polls creatives and marketers for its quarterly Creative Operations Report. Find more details from the report below: