Marketing Briefing: ‘Ask for Austin, ask for Miami’: As marketers lean into OOH with people out and about, hot locations are changing 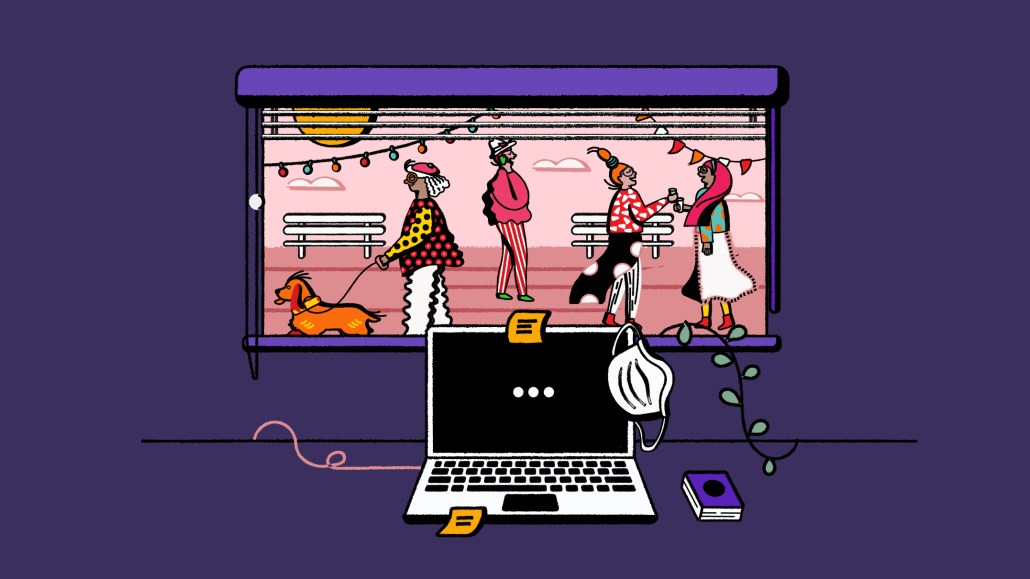 If you ask marketers how their advertising is shifting for the summer, you’ll hear how excited they are that the country is opening up again with people out and about, traveling, getting back to what their lives had been pre-pandemic. Marketers have leaned into that feeling with more “exuberant” messaging, looking to be a part of people’s return to some semblance of normalcy and make their brand part of that celebration.

The tone of messaging isn’t the only shift marketers are making. As previously reported by Digiday, with people out of their homes more and potentially willing to attend small gatherings in public places, marketers are opting to add more out-of-home and experiential back to the mix. When it comes to OOH, the shift to programmatic for digital OOH has led to more flexibility and consideration among marketers.

“As the world re-emerges, lockdowns are lifted, and businesses reopen, so will the opportunity to reach people OOH,” said Hyun Lee Miller, vp of media at Good Apple. “What will also re-fuel OOH growth are the newer digital planning and activation tools like Vistar that make it easier to build data-driven DOOH plans.”

And marketers aren’t just looking to the major metropolitan cities like NYC, San Francisco, Chicago or Los Angeles. Areas where people moved throughout the pandemic i.e. secondary cities like Atlanta, Miami and Austin, among others, are now becoming more popular for brands looking to add OOH and digital OOH back into the media mix.

“We’ve had a lot [of brands], especially DTC brands, ask for Austin and ask for Miami,” said Brian Rappaport, CEO of indie OOH agency Quan, adding that pre-pandemic these areas weren’t as popular or even on the radar of some DTC brands. “I think before the pandemic, we were starting to get a little interest in Austin, but Miami really wasn’t that popular. But now Miami is.”

Whether or not those ad dollars remain in those secondary cities and areas outside their metros will depend on whether or not people remain there, according to agency execs.

“Clients are starting to look at their market mix to reach those audiences that might have left the cities to move to the suburbs, and we see dollars move to these areas,” said Martin Porter, head of OOH media at Dentsu. “However, according to USPS (July 2020), only 2% of total moves from cities were considered permanent in the last year.”

Porter added that “a large proportion [are] being deemed Boomerang moves — 27% of address moves were only temporary; people are taking medium-term lets for 1-2 years in the suburbs or second-tier cities while they had the opportunity to work from home, but they haven’t decided if that move is going to be permanent.”

While the long-term impact on OOH and digital OOH placements regarding where people have moved over the last year is yet to be determined, marketers and agency execs say that’s not the only factor changing up OOH and DOOH placements now. With many people still working from home this summer, marketers are looking to expand those placements beyond transportation and work commute routes to factor in where people are spending their time now, explained Michelle Millar, vp and group director of media and activation at Hanson Dodge.

“In the past you might’ve wanted to be in a location because [lots of people were commuting there],” said Millar. “But now with so many people working from home, [you have to think about ] where are they living [and how to reach them in those areas].”

What are some of the consumer habits that Rakuten is most honed in on and why?

Now that there’s a light at the end of the tunnel and more people are getting vaccinated, we’re seeing indicators that the economy is going to start ramping back up. In the U.S., we are following similar trends in countries where the virus has already subsided, like China and Australia. As a result, we predict that this is going to lead to a wave of “revenge shopping,” where consumers will be chomping at the bit to finally book a vacation, or invest in a new outfit because they finally have an event to dress up for, or splurge on tickets for concerts that are being planned again.

Is that already happening?

We’re already starting to see this trend take shape. Overall, average order value is up 30% year over year. People are starting to be a bit freer with their spending, splurging on experiences that they have been deprived of for the past year. For example, ticket sales are up 50%, and travel is up 85% year over year. People are making big anticipatory plans, and this trend will only continue as more and more people get access to the vaccine and states continue to open up.

How will that affect Rakuten’s business?

As consumers shift to a mentality of ready to buy, it’s important for brands to get in front of them with offers that can influence their buying behavior. On the Rakuten Rewards platform, we’ve already seen brands that have ramped up media spend during the pandemic benefit from higher sales and traffic year over year, especially if they also elevated their cash-back offerings. For example, brands that spent more on promoting their cash-back offers on Rakuten.com in 2020 saw sales and traffic grow over 14% and 19% year over year, respectively. Brands with higher media spend who also participated in more elevated cash-back events on our site saw an increase in sales and traffic of over 38% and 56% year over year. As the “revenge shopping” trend continues, strategic channels like cash back will be key to owning share of market in those categories. — Kimeko McCoy

Marketing strategy is always in flux; It’s the nature of the business. But with the Covid-19 pandemic having upended how people shop, work and ultimately live, marketers are tasked with being nimble in their approach to customer engagement. For example, according to CRM platform Copper’s  2021 Marketing and Sales Relationships Survey, marketers may need to revert to Mad Men-style, human to human marketing tactics to keep shoppers engaged. Here’s more from the report below:

“Organic [strategy] is super hard. It’s like watching things go past in a river and saying we’re going to put our little raft out into the world as well and hope.”