‘A lot less formality’: What it’s actually like to work at an in-house agency 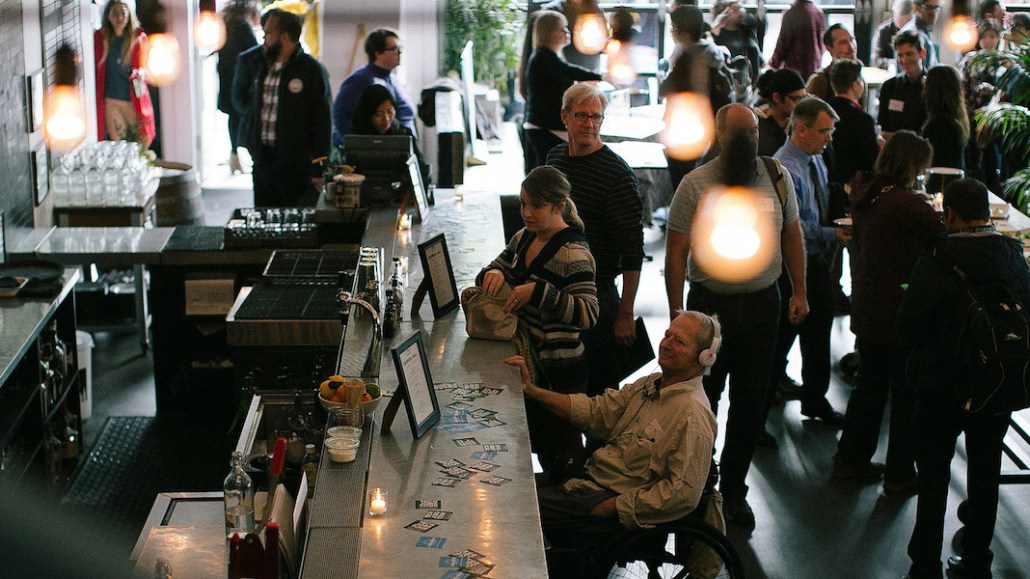 Even as in-house agencies have proliferated, those creating them say that attracting and retaining talent can be difficult.

Major marketers like Anheuser-Busch, Bayer and Sony Pictures as well as startups such as Expensify, Lemonade and Shapermint have prioritized building a solid in-house team. And more than 78% of the members of the Association of National Advertisers reported in 2018 that they had an in-house agency. Because the business of external agencies has become more fraught than ever before (as they grapple with extended payment terms and more project work), their employees are becoming likelier to take a gig at an in-house shop. And attracting talent is still the biggest challenge of in-house agencies, according to Digiday Research: In a recent Digiday survey of 53 brand marketers with in-house shops, 43% of those polled “disagreed” with the statement that working at an in-house agency has made it easier for them to hire and retain staff.

Below three current in-house agency employees and one former such employee share what it’s like to work inside a company and how it differs from regular agency work.

Global creative director at an in-house agency for a consumer product goods company
“I spent 18 years at a traditional agency. Most of the time, you only work on one particular brand or project. The thinking that [working at an in-house agency is the only time] you work on one brand is a bunch of bullshit. Apart from the occasional pingpong table or Friday drinks [at an external agency], [work life at an in-house agency is] much the same. We have the same processes as any agency. It just happens to be faster and cheaper. We don’t have to wait weeks for feedback. Every day is a feedback session. You get to know the client’s business inside and out.”

Working “in-house will always [lead to having] a better understanding [of the brand]. Being inside we end up drinking and absorbing a lot of the client’s culture. It gives you a POV on a brand that you wouldn’t have agency side. Recruitment isn’t hard, but it’s different. I always look for a type of mindset that has to do with entrepreneurship. You have to be able to foster relationships with clients, [the] same as an account person in a traditional agency. Some traditional creative teams can’t do it. You can’t be the type of person who waits for the brief. Every day is an opportunity. If you heard a new product is coming, you should have an idea in your mind [for marketing]; water cooler moments are potential” times for brainstorming about the creative work.

A creative professional at an in-house agency for a software company
“The biggest struggle people have going from external to in-house is that in-house [agencies] really have the brand in mind, so it’s not about how creative you can be. There’s not as much acceptance of your bold ideas. The bigger a brand is, the less likely they are to really dive into an unknown deep end. A lot of people who are in-house still do projects outside of the organization to fuel that creative fire.

“Work-life balance is not necessarily better. We get projects and deadlines that are insane and are still expected to meet them. Also, people in the organization with a budget will come to you and tell you what they’d like to do. Even if it’s the worst idea you’ve ever heard and you know it’s terrible, you still have to figure out how to execute it. They aren’t interested in your feedback. They just want their ideas to come to fruition.”

A creative director at an in-house agency for a tech company
When it comes to comparing “work-life balance between the two [setups], it has been pretty much the same. There have been some months working in-house that have been busier than anything I ever experienced agency side, though. [Some of the pros of being in-house are] being able to build relationships with key stakeholders; having direct and unfettered access to information, product updates and changes in strategy; the additive benefits of seeing how consumers interact and respond to various tactics; the perks; a much more open path to shipping work.”

Some of the cons are the fact that the “frequent reorganizations and sudden changes of power that happen in big companies can be exhausting and demotivating. These days, it seems like the marketing department is always the first under the microscope whenever times are tough. I think a lot of people assume that working in-house will afford you the opportunity to think and plan for the longer term.

“But in my experience, the in-house experience has been so consistently busy and reactive that there’s never really time to think about the future. When everything is a fire drill, strategy and planning are the first to go. I do think there’s something about the creative temperament that needs variety and new types of challenges in order to thrive. Some brands can offer that, but most can’t. I’m increasingly talking to more creatives who are bouncing back to [the] agency world because of the potential for a more interesting work mix.”

Jon Banack, a current marketing consultant and a former in-house agency employee of The Globe and Mail as well as toy company Spin Master
“Being in-house, there’s a feeling of a shared sense of purpose. That’s the big difference. You really feel the ups and down, successes and failures of the company much more tangibly. Agencies feel close to clients, but at the end of the day they have very different visions. Being in-house … when the company does well, you have that pride. There’s a lot more ownership of that brand and success than when you are external. There’s also a lot more trust in the relationship because you can just walk down the hall. You can build much more of a rapport. You can move much more quickly. There’s a lot less formality. You can cut through all of that and get right down to work. The biggest benefit: moving a lot more quickly, feeling like you are part of the success.

“There’s certainly a risk in being myopic when in-house. But that could happen in a lot of different kinds of relationships. People point to that Pepsi thing all the time, and it was clearly a misstep. Still, agencies are at such a risk these days and that means their ability to push back against a strong client isn’t what it used to be. If you’re in-house, you’re in a better position to say it’s a terrible idea, we shouldn’t do that versus if you’re at an agency and the account is up for review in 15 months. Bad work can be done by people in lots of different kinds of relationships.

“I do fear though that [the support of in-house agencies] will drop off quickly because people will realize that [it’s odd to have] a team of 30 people working on creative when their research and development team is 10. If there is a turn in the business, the in-house team will be one of the first to go.”

Previously, this story stated that the creative director at a CPG company had eight years of traditional agency experience. He had 18 years of experience. We regret the error.