Little prince: How a royal robe broke the internet

When Prince George of Cambridge — the oldest child and only son of Prince William and Catherine, Duchess of Cambridge — met President Obama last week, the ensuing internet frenzy was not confined to the moment of diplomacy. Much attention was paid to the gentlemanly robe George, age 2, was sporting. 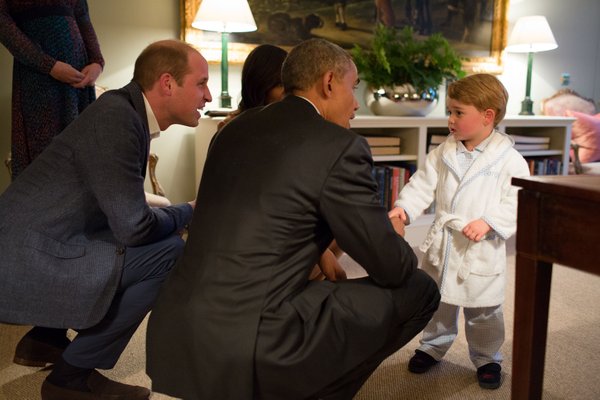 There was so much intrigue over the garment, designed by My 1st Years, that by the end of the day it was selling at the rate of one robe per second, according to Susan Kelley, founder of the What Kate’s Kids Wore blog. On her site, Kelley shares updates on the latest sartorial choices of the royal children, along with links to where users can buy them.

For Kelley, a former journalist based in East Lansing, Michigan, What Kate’s Kids Wore was a natural extension of her popular What Kate Wore blog, which she launched in 2009. In 2015, What Kate Wore garnered 1.9 million unique visitors and currently has 17,000 followers on Twitter. While the children’s page hasn’t reached quite that level of popularity, its audience continues to grow.

“This cottage business was sort of a lark and a whim. It became something bigger than we anticipated,” Kelley said of the blog, which she works on full-time. She noted that she incurs hefty fees from photo licensing and while she has some advertising, she just about breaks even every month.

Profitable or not, her sites cater to young mothers looking to emulate the styles of both Kate Middleton and her children, which Kelley noted is often surprisingly affordable. In addition to brands like John Lewis, an upscale department store in the United Kingdom, the site also features garments from lesser known brands, like the Spanish designer Irulea, which Middleton dresses the children in often.

“It’s not a fashion show every time you see those children. It’s very down to earth stuff,” Kelley said.

Kelley’s site is one of many “royal family watch” sites online, including Prince George Pieces and Princess Charlotte’s Closet. Kelley said by and large the readers of these sites have a penchant for living vicariously through a “fairytale.”

“So many of our readers loved Princess Diana, and they very much have this desire to see Prince William and Kate succeed where his parents failed,” she said. “I think the fascination and adoration of George and Charlotte is really an outgrowth of that. People really want to see a happily-ever-after.”

While the royal children are the talk of the internet today, tracking the style of celebrity babies is not a new phenomenon. The popular Suri Cruise Clothes Blog and the Suri Cruise Fashion Blog have been tracking the fashions of the now 10-year-old daughter of Katie Holmes and Tom Cruise.

“When you think about the number of brands who based their whole collections on the image around Suri, it’s incredible,” said Natalie Caver, a children’s stylist and founder of the Suri Cruise Clothes Blog. “In 2009 what Suri bought or what she wear was transformed instantly into a trend in the fashion industry for kids.”

Caver said she had a friend that even called the stores where Suri was photographed to get a list of what she purchased so she could replicate the looks for her daughter. She realized then there was demand for tracking Cruise’s fashion, and started to do so as a hobby before the site took off.

“These famous kids wield formidable power, which is helping to fuel a booming childrenswear business,” she said. “What they wear is sold out just in a few minutes, no matter how expensive the item is.”