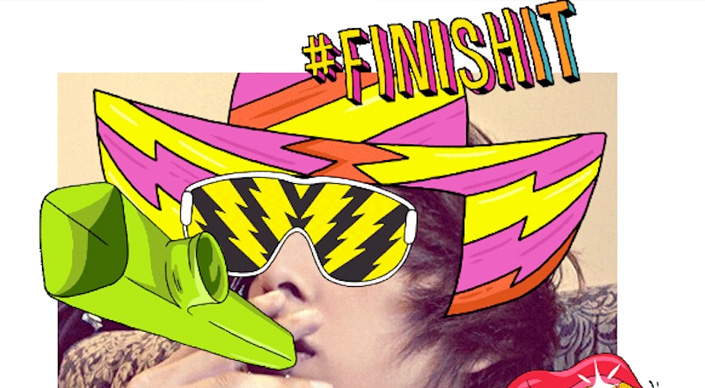 Every brand wants to reach millennials and, increasingly, Gen Z. But only Legacy considers it a matter of life and death.

Legacy, the creators of the long-running anti-smoking “Truth” campaign, knows that reaching that generation is the key to wiping out youth smoking. In 2000, 23 percent of young people smoked. Today, that number is 8 percent.

“We have made unbelievable progress,” said Legacy CEO Robin Koval. “But the way young people smoke today is so different from Generation X. They don’t think of themselves as smokers. They do a lot of social smoking and light smoking.”

That difference is the focus of Legacy’s strategy to end smoking with this generation — and what informs its new social strategy. The pressure is high: “Truth” has generally been seen as a success. A 2009 study in The American Journal of Preventive Medicine found, using a cost-utility analysis, that the effort stopped 450,000 teens from smoking between 2000 and 2004.

“The insight for this consumer is that we all have influence,” said CMO Eric Asche. He added that when the brand introduced its ultra-famous commercial in 2000 that showed youths dumping body bags in front of Philip Morris’ headquarters, the tone was anti-authoritarian and rebellious. Today’s youth is more communal, said Asche.

The other big shift is how younger people get influenced to smoke. Previously, they had to see peers smoking publicly, in real life. Today, the influencing happens online, through Facebook or Instagram photos. That means Legacy’s actions need to also happen on social media.

While Truth is one of the hallmarks of the Legacy Foundation, the non-profit also funds research on how mass-media affects youth smoking rates and works to lobby government associations to spend more money on anti-smoking initiatives.

That was what led Legacy to pick a new ad agency — MDC’s 72andSunny — last year and embark on a new ad push that put social front and center. The brand’s first commercials with the new focus showed photographs posted on Facebook and Instagram that featured young people trying to look cool while smoking. “We will be the generation that ends smoking,” the tagline reads.

One commercial that ran during this month’s Grammys was a music video to an original song called “Left Swipe Dat” (a Tinder reference meaning to dismiss or shun something) showing that people with cigarettes got half as many Tinder matches as those without. The commercial has 2 million views on YouTube, and a lipsync version created by users is coming soon.

“We’ve done a good job of being a peer-to-peer voice,” said Koval. “We’re not your parents. We have fun telling you about it.”

On social, Legacy has a real challenge. Asche said that the brand needs to shape culture, making it seem uncool to smoke, and cool for kids to tell peers that smoking is not OK. The tough part is making sure Legacy itself doesn’t come off as patronizing or parental — and more like a peer.

After the first commercial, the brand asked millennials to add a big orange “X” to their profiles, taking a cue from the viral Human Rights Campaign that asked people to replace profile pictures with equality signs two years ago. An online app lets you turn smoking pics of friends into ridiculous works of art. The brand said that social engagement has been up since the launch of the new campaign — there are 10 million views of the campaigns to date and 200,000 Facebook engagements on the campaign.

On Instagram, the brand chooses to keep the morbid facts in check, instead putting up videos of millennial and teen influencers, featuring tattoos of the Truth “X” and funny memes. On Twitter, the language is decidedly young, featuring lots of emojis and abbreviations like “2nite” instead of “tonight.”

Gone are the scary statistics about how smoking kills: Legacy knows younger people don’t think about that stuff because they “think they’ll live forever,” Koval said. Instead, there are more compelling reasons to avoid cigarettes, such as the fact that smoking makes you less attractive.

Still, the brand hasn’t gone on Snapchat yet. Asche said it’s a platform they should be on, but because it can be hard to evaluate engagement, he is wary. “We can’t be a Debbie Downer 24-7,” said Asche. “With millennials and teens, we have to entertain first, then that gives us permission to have a serious conversation with you.”

Step outside a holiday party for a smoke and you might miss Santa all #BACKTHATSLEIGHUP pic.twitter.com/ZBeyFdv6DB