How Fiverr is adapting its ad strategy 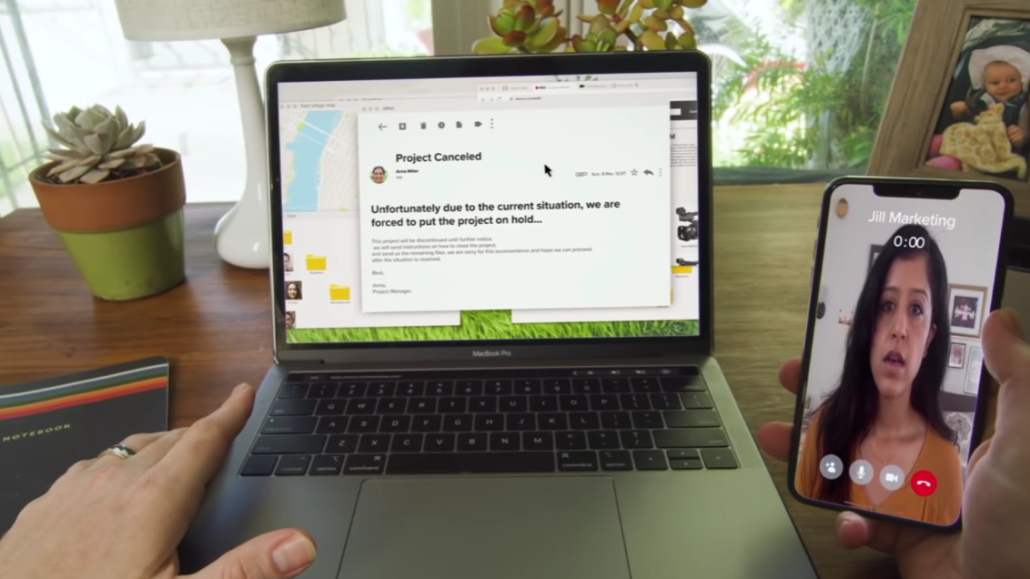 Freelance marketplace Fiverr has adapted its advertising over the last six weeks by delaying an out-of-home campaign, tweaking the tone of its podcast ads and pivoting an in-person commercial shoot to be done remotely instead. The company has also worked to shift its messaging overall, focusing on ways it can be helpful rather than pushing anything sales-oriented.

“Like many others, we had to change our plans,” said Duncan Bird, vp of brand for Fiverr, adding that while the company is “making adjustments across the board” it is “continuing to invest at the levels we had planned.” Fiverr spent $7.2 million on media placements in 2019, down from 2018’s spend of $13.6 million, per Kantar, which doesn’t track social media spending.

The company is currently mulling whether or not to increase its investment in influencers as the engagement with that content — Fiverr works with influencers like YouTubers Peter McKinnon and Daniel Schiffer — has increased in recent weeks. That said, the company is looking to keep its advertising frequency close to business as usual as “we don’t want to spam people,” said Bird.

Fiverr is one of a number of marketers looking to balance how much to advertise during the current moment. As the coronavirus began to impact the U.S. in March, a number of major marketers initially pressed pause on campaigns. In early April, Digiday Research found that 73% of ad buyers surveyed said their clients had pressed paused. Now, however, many of those same marketers are now looking to figure out what to say and where to say it. By moving away from billboards and using podcasts as well as digital platforms, Fiverr is able to get consumer attention where they are spending their time now.

As for the outdoor campaign, Fiverr was slated to run ads New York City subway, the U.K. and in Germany this spring but that campaign has since been delayed. The budget for that campaign has not yet been re-allocated. “We had to put a pause on that but we are going to run those campaigns,” said Bird. “It’s just a matter of when.”

In recent weeks, the company has increased its investment in podcast advertising (though, this was a new area of focus for the company for 2020 before the onset of coronavirus) and changed the messaging to be more empathetic to the moment. “We’re investing quite heavily in podcasts right now,” said Bird. “We’ve adjusted that messaging to make it more about remote working.”

The company declined to break out how it allocates its media budget or share how much of its budget is dedicated to podcasts. However, Fiverr did share that its ads currently appear on podcasts including Business Wars, The Morning Toast, The Jordan Harbinger Show, The Mindset Mentor, Boss Files, Girlboss Radio, The Wolf’s Den, Blessed + Bossed Up, Righteous and Ratchet, Short Story Long and The Brain Candy Podcast. In late March, Fiverr also debuted its own new podcast, Nine Twenty Nine.

In March, Fiverr was set to go into production on a new ad campaign in Los Angeles. Without being able to do so, the company instead used its own platform to find creators able to shoot and animate content remotely. Doing so allowed the company to produce two new ads — one focused on its sellers working remotely and another about its marketing department using its own platform to create an ad — which are now running across Facebook, YouTube, Google, Twitter and LinkedIn with paid placements as well as on its owned and earned social channels.

“We were in the process of making a spot prior to this, probably like most marketing departments around the world,” said Bird of the production. “When the seriousness of the situation became clear we had to change our plans. We had the idea of trying to tell the story of what we’re trying to do. Doing so was an interesting way to demonstrate our brand and our purpose.”

“Dropping an outdoor campaign is a no brainer,” said Allen Adamson, brand consultant and co-founder of Metaforce of the company’s strategy. “Everyone’s inside. People are consuming far more digital content than they did before so podcasts make sense. It’s a smart pivot to put money where the eyeballs and ears are now. I’m sure many marketers will do the same.”

Given that Fiverr is a freelance marketplace, Adamson expects the business to see a boost in usage as companies defer hiring and opt instead to use freelancers.

So far, the business is seeing a boost. “The impact on our business has been overall positive,” said Bird. “In the early days as people went from panic to coping we saw some changes in our categories but overall we’re seeing a very large increase on the seller side and seeing some positive increases on the buyer side.”