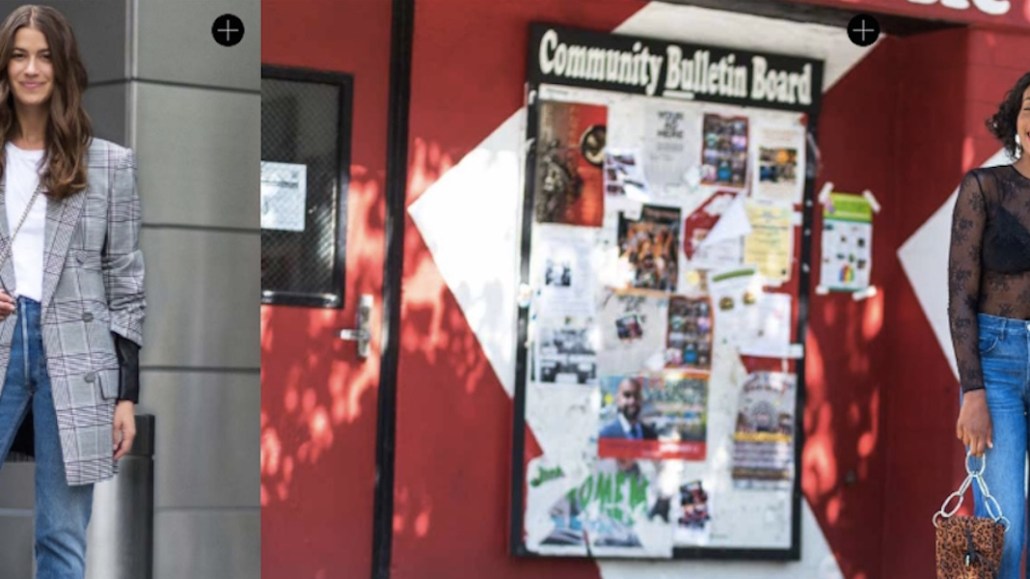 At one point in 2015, ShopBazaar, Harper’s Bazaar’s e-commerce platform, had a network of 150 retail partners, including department stores like Saks Fifth Avenue and the e-commerce retailer Yoox. The idea was to make as much of the magazine shoppable as possible, said Katie Hobbs, ShopBazaar’s executive e-commerce director, with a goal to scale the site to the size of a full-blown luxury marketplace.

“We started to lose a point of view,” said Hobbs. The site was launched in 2012 by Harper’s Bazaar publisher Carol Smith, when commerce aggregators still felt fresh. “The landscape had changed, and companies like ShopStyle and Who What Wear were doing the same thing. The team decided to hit pause, take a step back and refocus the site back on Harper’s.”

The new ShopBazaar website rolled out in June, designed to put emphasis on a much smaller collection of items that Harper’s Bazaar’s editors picked, featured through styled outfits and if-you-buy-one-thing “hero” products. Its recent September editorial features were the biggest since the relaunch, but rather than working with 150 retail partners, the pool was narrowed down to a mix of boutiques and designers like Tibi and Proenza Schouler.

To stay small while staying afloat, ShopBazaar’s secret sauce is the relationship it has with the buyers at its network of boutiques.

“When we’re buying for the season, we report on top items and designers [to the editors], and they tell us what they’re seeing, too,” said Molly Raney, the e-commerce director of New York City boutique Kirna Zabete. “We’re talking every month with ShopBazaar about what will be featured on the site. The readers of Harper’s Bazaar are very in line with the demographic of who our customer is.”

A featured outfit on ShopBazaar

That communication sets Harper’s Bazaar and its boutique partners up for spurts of small-batch sales. If the site is going to feature an Attico wrap dress as its hero product, it will direct it to a boutique that’s carrying enough inventory. It’s a delicate balance: Hobbs said boutique buyers are never sitting on extra inventory that’s set aside for ShopBazaar, but the buyers will know when they’re making their buying decisions when an item will be featured, so that they can adjust accordingly.

It’s a relationship that simultaneously supports two businesses in need of a boost: print media and small retail. As Vogue’s failed Style.com endeavor proved, running an e-commerce business alongside a media company is a logistical nightmare. Having a reliable team of buyers that are willing to work together on stocking certain trends and designers, as well as handle shipping and fulfillment, takes off a lot of burden.

For boutiques, exposure from e-commerce platforms can be a boon to business (ShopBazaar doesn’t share sales). Luxury marketplace Farfetch started as a global network for boutiques, and has since expanded to include single brands and designers, as well, which was a blow to the boutiques’ prominency on the already crowded site. ShopBazaar also shares customer information with the boutiques whenever purchases are made, something that Farfetch doesn’t do.

“Boutiques are losing exposure, and they’re looking for smart partners,” said Hobbs. “We wanted to partner with stores like that. Specialty boutiques buy differently, in that they want to deviate from whatever Saks is buying. We have access to those buyers, and we work together to influence what they pick up. Then, they get access to a bigger platform. We’re only as successful as they are, at the end of the day.”

The boutique partnerships have also allowed for more flexibility. Editors’ picks are a prominent feature on ShopBazaar — the selection on the site isn’t limited to what’s in the latest edition of the print magazine. This summer, when a straw basket bag took over Instagram, Hobbs tapped designer brand Lindroth Island Bags to get them on ShopBazaar, and a batch of 200 bags sold out at $150 each.

Considering ShopBazaar has realized it can’t compete with companies in the space whose sole purpose is to aggregate sales, it’s padded out business in a few ways: It added beauty to encourage more impulse purchases, and it’s combined ShopBazaar with its paid content arm, so that when sponsored features go out, readers will be directed to the site to shop the featured items.

But most of all, it’s led to an opening of communication between buyers and editors.

“Feedback from Harper’s editors influence our buy. We can answer things like, ‘How much should we go into lavender this season?’ and we learn how much things are going to be featured in the magazine,” said Stacy Smallwood, the owner of Charleston, South Carolina-based Hampden Boutique. “That relationship never had much communication before. They don’t tell us what to go buy, but they’re informing us around what’s going to a big trend.”