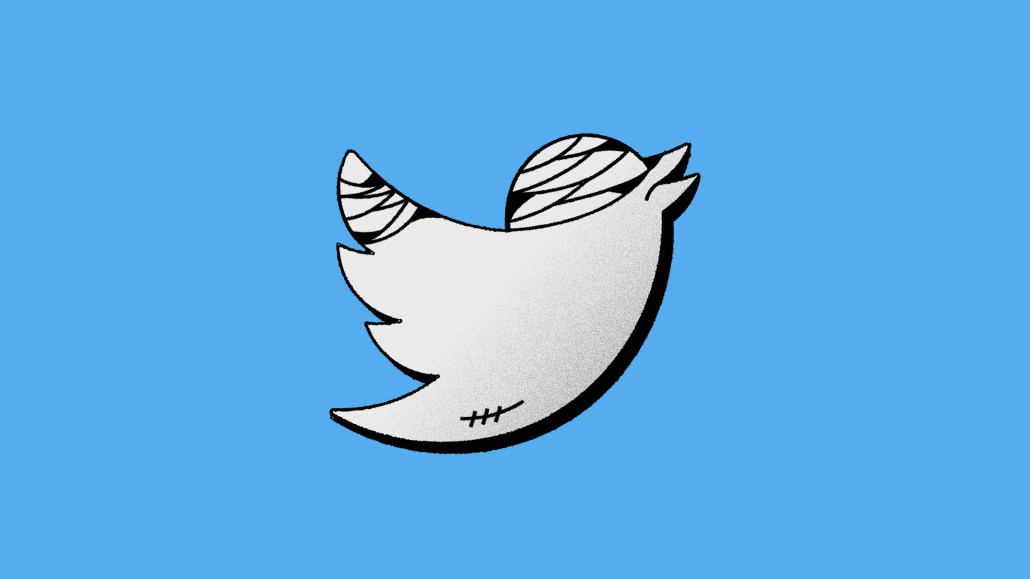 Advertisers’ apathy toward Twitter may have just gone from bad to worse given Tuesday’s news of a whistleblower detailing alleged security and privacy issues at the platform.

The whistleblower, Twitter’s former chief security officer Peiter Zatko, detailed the various ways he believed the company’s security problems may cause issues for users, company shareholders as well as the country in a 200 page disclosure sent to Congress and various federal agencies last month, according to CNN. That this news comes on the heels of the Elon Musk vs. Twitter case, with Musk citing bot and spam accounts as a major concern as he sought to terminate the deal to buy the platform for $44 billion this past July certainly doesn’t help, agency execs told Digiday.

Agencies are looking to understand the specifics of the security claims made to better assess how to hold Twitter accountable where necessary as well as how to guide clients as the public response so far has been vague. In a statement to CNN, Twitter noted that Zatko was fired in January and stated that the disclosure is “riddled with inconsistencies and inaccuracies and lacks important context” and that “security and privacy have long been company-wide priorities at Twitter and will continue to be.” (Twitter did not respond to a request for comment from Digiday.) Some agency execs say they haven’t received outreach from Twitter reps to discuss the issue yet. Until then some agencies are holding off on specific guidance for clients.

“Unless there is a claim that user data was inappropriately made available to advertisers, then this is a matter between regulators and Twitter,” said one senior agency exec who requested anonymity when asked about the matter. “It will also no doubt further complicate the Twitter-Musk litigation.”

The belief that this news coupled with the ongoing battle between the platform and Musk will be an issue for the company is a common sentiment among agency execs and industry analysts. One ad exec explained that it will likely continue to stir up feelings of uncertainty and hesitation about spending ad dollars with the platform that have been ongoing since the stalled Musk acquisition.

“Peiter “Mudge” Zatko is a well-respected member of the security community so the fact these allegations are coming directly from him will warrant some pause at least in the privacy and security circles,” said Paul Roberts, CEO and founder of digital ad software platform Kubient.

Twitter had already seen a slight slowdown in its most recent earnings report, which showed total revenue of $1.18 billion or a decrease of 1% year-over-year. Advertising accounted for $1.08 billion of that or an increase of 2% year over year. Even at the time, Twitter put the responsibility of those figures on “advertising industry headwinds associated with the microenvironment” and “uncertainty” surrounding Musk’s acquisition.

“This news already reinforces the perception that’s out there, which likely won’t diminish the brand’s relevance to users, but will further undermine the stock price and give Elon [Musk] more ammunition to get out,” said Allen Adamson, co-founder of brand consultancy Metaforce.

That said, aside from the focus on what the news could do for the Musk case, advertisers and agency execs seem unfazed by the news. Some say that’s because Twitter isn’t a main focus for many advertisers and represents little of performance marketing budgets. Others note that security issues are common for platforms in today’s day and age.

“We haven’t heard anything from our reps but to be extremely honest every single time this happens it: a) Isn’t shocking or surprising,” said one ad exec who requested anonymity. “Like any platform or anything within the digital realm, it is susceptible to hacking or nefarious activities. b) Some form of this stuff always seems to be happening (just the other day it was TikTok’s ability to record keystrokes in the browser, etc). At this point we’re desensitized. c) Any compromise or breach is going to be negative for the respective platforms.”

Julian Cannon and Michael Burgi contributed reporting to this piece.