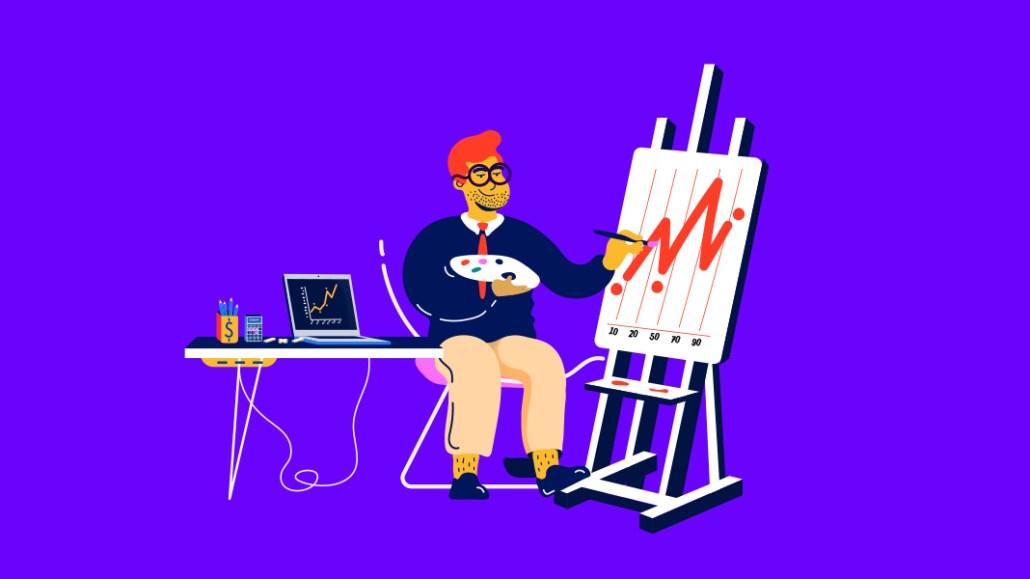 This is the second of a weekly column about the big changes and challenges facing media and marketing leaders. Be sure to join Digiday+, our membership program, to get access to this column and all Digiday articles, research and more.

First came the shock. Then came the bills.

Eager to maintain positive free cash flow as the coronavirus crisis enters a new month, every publisher or agency CFO is looking to prioritize two things: 1) Ensuring clients pay up any outstanding bills as quickly as possible. 2) Moving fast to pare down the bills flowing out from their own businesses — or finding a way to kick those cans down the road.

The pressure is on. An Interactive Advertising Bureau survey of 400 decision-makers at advertisers and agencies conducted last week found almost a quarter (24%) are pressing pause on all their ad spend for the first and second quarter of this year. Between March and June, “digital” spend is expected to drop by 33% and spend on “traditional media” is predicted to fall by 39%, according to the survey. Agency leaders are preparing for revenue hits of anywhere between 30-50% this year, according to a senior U.K. agency source who declined to be named in this piece.

Clearly dominos are going to topple, it’s just a case of when and how many knock each other over. Media and advertisers executives I’ve been speaking to this week said companies in the sector will likely need to get creative about their cash flow management and seek novel lines of credit — including government help where applicable — to mitigate themselves in the short to medium term. Some sources even predicted a surge in popularity of good old-fashioned barter.

Pleading for forgiveness is another route. Google, Facebook and Amazon are also expected to experience dip in spending on their platforms — but they’re also sitting on billions of dollars of cash to cushion the blow. A Change.org petition urging tech firms to be patient and “extend generous payment terms for existing and new advertising purchases” has drawn just over 300 signatories since it launched last week.  The firms have pledged some relief. Facebook has created a $100 million grant to help up to 30,000 small businesses and a separate $100 million in grants and ad space to help news companies affected by the coronavirus pandemic. Google is offering $340 million in ad credits to small and midsize businesses. Amazon said earlier this month it will offer $5 million in grants to small businesses based in Seattle, where its headquarters are situated and it has established a $25 million relief fund to support its delivery service partners, Amazon Flex participants and seasonal employees.

Payment terms are an age-old issue between buyers and sellers in the media space. “We’re not…a bank,” then-WPP CEO Martin Sorrell, now S4 Capital CEO, bemoaned of slow-to-pay clients in 2013. No doubt concern over delayed payments will be exacerbated further in 2020 as advertiser clients with evaporating sales seek to manage their own cash flow concerns. In these unforgiving times, a client shifting from paying within 60 days to 120 days could push a struggling publisher or agency over the edge.

“Invoice factoring” is rather unsexy mechanism that could gain more prominence in the coming months,  particularly if media and advertising firms struggle to extend traditional lines of credit from their banks.
Generally speaking, factoring companies work by buying a publisher’s (or agency or an ad tech company’s) accounts receivable and paying an immediate cash advance to the publisher, minus a fee. The factoring company has the reserves at hand to be comfortable waiting a little longer for the money to flow in and settles the advertiser invoices itself.

Agency and publishing businesses tend to be reactionary and ebb and flow with client demand,  said Bernard Urban, CEO at Silverblade, a company that offers accounts receivable financing solutions to advertiser and media clients. “Unfortunately, in the case of a black swan event like this … your options become more limited,” he added.

Barter also doesn’t often get a lot of attention in ad land, despite the fact that most holding companies have a barter division. Those operations typically work by helping brands unload unsold products or other assets — like a fleet of corporate cars, for example. In exchange, the barter agency can offer for media inventory, which was usually bought by the holding company at a discount. Barter gained traction during the 2007-2009 financial crisis and experts in the space told me it’s likely barter could gain prominence during this difficult economic period too.

“There’s going to be a lot of swag [left over] for events that never happened,” said MDC Partners CEO Mark Penn told me. “We are trying to put together bartering operations around all those things that were generated and then not used — I do think [MDC’s barter operation] Trade X will see more activity.”

Vacuous marketing catchphrases like “content is king” usually make me cringe so hard I get jaw ache, but as the coronavirus crisis grinds on, it’ll become clearer than ever that cash should probably have always been king. And, over the next 90 days, cash is everything.

Or as Mark Chippendale, U.K. managing director at corporate barter advisers Active International, put it to me:  “Covid on the individual is no different to Covid on a company. It will weed out the weak, leave some with lasting damage they may or may not come out of,” he said. “The fittest people, or those who happen to be immune — [who] have cash — will come out of this probably stronger.”