Fashion publications team with Musical.ly to cater to younger readers 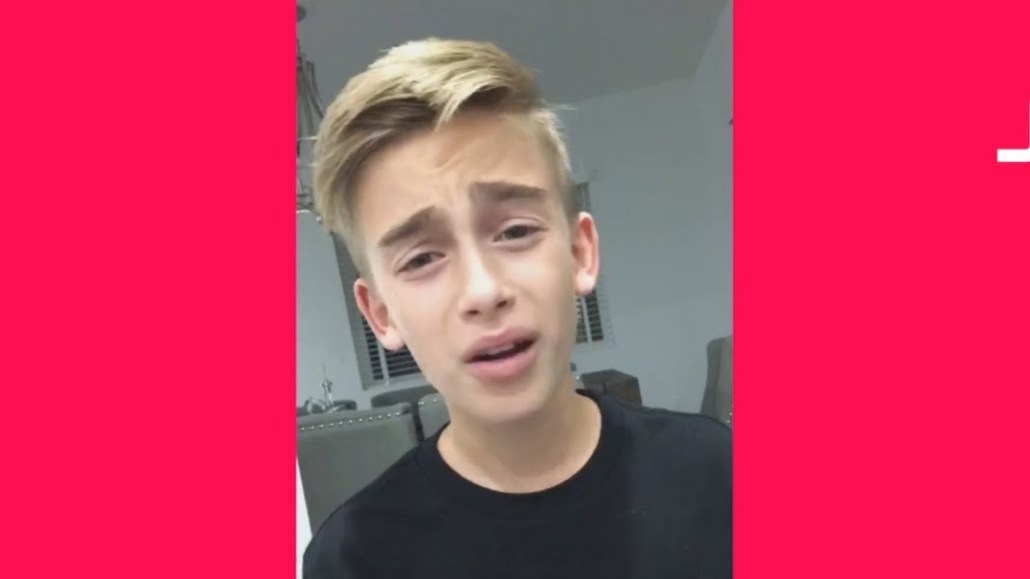 When the popular app Musical.ly first hit the scene in 2014, it was mostly a tool for teenagers to share goofy lip-syncing videos with friends. Currently, it has a nearly 200 million user base largely comprised of teenage girls, and fashion and lifestyle publishers are tapping the platform in an effort to connect with younger readers.

Musical.ly essentially operates as a social media platform that allows users to upload 10- to 15-second personal music videos to the backdrop of a library of sound clips and pop songs. Followers can like and comment on the posts, as well as browse suggested content, à la Instagram. Of its users, 64 percent are age 13-24, and 75 percent are female. They share a collective 11 million videos a day. In recent months, the platform has evolved to be more than just an offshoot of the lip-syncing app Dubsmash by featuring beauty and style tutorials in collaboration with publishers.

The transformation of Musical.ly is equal parts a result of efforts by the app’s internal team to diversify content and a desire from publishers to engage with younger demographics on an emerging platform. For the most part, forays into Musical.ly by publishers have been led by brands with an established teenage readership, an attempt to interact with consumers on platforms they’re already using. For example, Hearst announced at its NewFronts presentation last week that it will take part in Musical.ly’s first official sponsored partnership, which will take the form of an original video series created by Seventeen Magazine.

Though Seventeen — which, as its name indicates, caters primarily to teenage girls — has long been sharing content on Musical.ly, the magazine will now create a beauty and fashion series that will launch exclusively on the app this summer. Sheel Shah, director of mobile growth and innovation at Hearst Digital Media, said Hearst will kick off the partnership exclusively with Seventeen, with the potential to expand to other brands after analyzing performance and learnings.

“Our fans really enjoy creating fun videos with their favorite music to share with their friends. Musical.ly allows users a very high level of interactivity with established voices on the platform, like Seventeen, through duets and other engagement opportunities,” he said.

Musical.ly has also played an active role in getting publishers more involved on its app. After noticing the success of beauty tutorials on sites like Refinery29, Musical.ly approached the publication with the suggestion of sharing clips from its popular Short Cuts series on the app. Refinery29 listened and has found it to be a valuable platform for better understanding its readers since launching its account in March.

“Musical.ly is extremely popular with the next generation of Refinery29 users, which makes it especially intriguing,” said Liat Kornowski, director of social strategy and innovation at Refinery29. “What also appealed to us about the platform is its utility. Yes, you can lip sync to the latest chart-busting pop song, but you can also convey a message or teach a hack or a tutorial in 10 seconds, which makes it an incredible service platform.”

Though Refinery29’s Musical.ly strategy is still in experimental stages, Kornowski said it has developed a cadence of sharing three new videos a week, many of which are part of the recurring features #R29BeautyHack, #R29StylingTips and #ChallengeFriday. She said much like Facebook and Instagram, the way users engage with Musical.ly content helps inform content strategy and provides insights into what younger readers are most interested in.

“We learn from the signals the audience is giving us. When they ‘heart’ a video in great numbers, we double down on that format and topic to deliver more of what they want, as we do on any other platform,” she said. “Videos that provide concrete value, such as how to make your own lip stain and what to do with your broken eyeshadow instead of tossing it out, have seen immense success.”

Others are using the app in its more traditional sense. Condé Nast-owned W magazine first joined the app in June 2016 and largely uses it to feature rising music talent, often asking singers, dancers, models and influencers visiting the office to film short Musical.ly posts. Recent videos include a breakdancing routing by David Schreibman, a backup dancer for Justin Bieber, and a lip-sync performance by model and Musical.ly influencer Larsen Thompson.