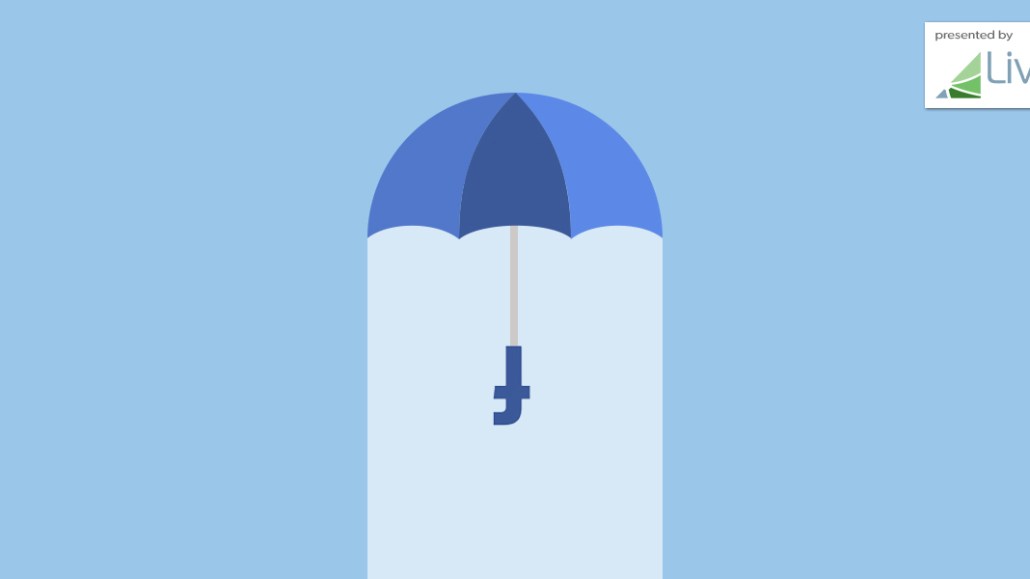 Addressing a room of marketing executives at ANA Masters of Marketing, Erik Geisler, director of U.S. agency for Facebook, said his company has been at the forefront of brand safety. “We are selective on content that can be monetized,” he said in an Oct. 4 panel called “Brands in Crisis.” “More third-party verification will come in 2018.”

But what Geisler didn’t talk about on stage is Facebook’s influence on politics, the spread of fake news and a slew of measurement mistakes on the platform earlier this year. The need for Facebook to take accountability was unaddressed on the main stage at this year’s conference. Conversations with brands and agencies at the conference reveal that not every media buyer is concerned about the ongoing issues with Facebook. And those that do care are not changing where they allocate their ad budgets.

“We have a deep relationship with Facebook,” said a CMO from a big retailer who attended the conference. “Facebook has appropriate measurement to protect us.”

Kristin Lemkau, CMO for JPMorgan Chase, said in her presentation on Oct. 5 that Google and Facebook are her best partners, and Amazon is a viable third force. Lemkau also used the poop emoji on her slide to describe the advertising environments outside of Google and Facebook.

Big brands’ reactions to Facebook’s issues may seem odd, as advertisers have been increasingly sensitive about their ads appearing beside fake news and objectionable content since they found their ads showing up next to extremist content on YouTube. Facebook has hired thousands of content moderators to manually flag inappropriate posts and videos, but fake news is still circulating on the platform, with a recent example being false stories that identified the Las Vegas shooter as a registered Democrat who opposed President Trump. Big brands like Starbucks, Walmart and Johnson & Johnson that boycotted YouTube earlier this year haven’t yet reached a tipping point with Facebook.

“We have clients who have brand-safety concerns, but the Russian thing doesn’t impact their perception on Facebook much. For them, measurement errors are a bigger issue,” said Mike Parker, global president of agency iCrossing. “Some marketers will use PR as negotiation leverage. But Facebook — despite even some of its more ad-specific issues around measurement discrepancies — has been open to the conversation about more data and analytics measuring from third parties.”

“For better or worse, Facebook still has some of the best targeting around,” said Charlie Cole, chief digital officer for Tumi. “Facebook’s biggest strengths are its biggest weaknesses. Issues like ‘Jew haters’ targeting and Russian ads were possible because Facebook is really good at hypertargeting.”

A media agency executive agreed. He said Google has similar issues that it battles every day on the SEO side, and news on Russia-backed accounts could turn out to benefit Facebook in the long run.

“I’ve never heard people talk about Facebook ads being so effective because of Russia coverage, along with the marketing industry being so Democratic-leaning,” he said, on condition of anonymity. “It may ultimately be a brand builder for Facebook with marketers.”

Cole said marketers could use Facebook’s current crisis to push for more third-party verification, but he doesn’t think it has resulted in much leverage for the garden-variety advertiser. Jackson Jeyanayagam, chief marketing officer for Boxed, echoed Cole’s sentiment, saying that Facebook — and Google — are still “the most efficient, scalable ways” for his business to grow. If the industry wants an overhaul because of social concerns around Facebook, it needs combined force from big ad spenders, he added.

“If top 100 brands all of a sudden take a stand on certain issues and pull ads from Facebook, they can make Facebook pay serious attention,” said Jeyanayagam. “But I don’t think that will happen.”

Yet some brands have started rethinking their Facebook strategy amid the platform’s troubles. A brand marketer in financial services said he has been “less enthusiastic” about spending on Facebook since the platform’s measurement errors last year. His team is experimenting with allocating more and more ad budgets to Twitter, Oath and Snapchat, which are “more open to third-party measurement.” Although Facebook eventually agreed to an audit by the Media Rating Council after reporting a string of measurement errors, there’s no substantive progress in third-party verification, this person said.

“Facebook — and Google — are still making their own measurement standards,” said the financial services marketer. “Everything in the industry should be about third-party measurement, and you can’t let platforms grade their own homework.”