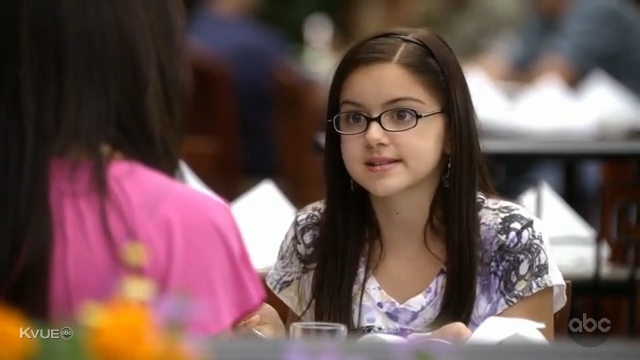 Want to know if it’s you? Stop looking out for subtle cues like an extra warm, soft cookie for dessert. Get some cold, hard data instead: “The Favorite Child Detector” is a new app, created by FCB for Modern Family’s upcoming season on New Zealand’s Prime TV. And it playfully purports to put the mystery to rest once and for all.

The app, available online, examines the behavior of Mom and Dad on Facebook and tallies their “likes,” tags, comments and photos, to determine which kid will most likely have preferred status in the will.

The app also tests other people in your “modern family,” from your dog to your friends to your colleagues. Here’s how it works: pick a group of people to test. You can include your entire extended family, or just your siblings and your old man.

The Favorite Child Detector will trawl through their behavioral data, and then determine if you’re the Alex Dunphy of the family, or someone else less adored. It’s fun to see it go through all the posts and photos of yours that have been liked, and then watch it compare them to your sibling’s (or your friend’s.)

The best (or worst) part is going through the analysis to see why you got your ranking. If someone has “liked” all your photos and comments, you’re in the clear — and have a better chance of getting a bigger present at your birthday. The app requests that you sign in to Facebook first, but never posts anything on your profile — something more brand campaigns on the platform should do. It also only uses data that’s already available to you, so there isn’t a privacy concern.

Will people who are told they’re not the favorite child rush in droves to watch “Modern Family?” Maybe not, but the app is the latest in a series of brand moves that have used Facebook data. Grey Poupon, for example, famously only let you “like” the company’s Facebook page if you were deemed snobbish enough: Via an app created by CP+B, the campaign scanned Facebook user data and only let them like the page if they’d been to an Ivy League, or read classic books.

Mitsubishi last year went the opposite route to promote its “Unpretentious” positioning, a Facebook app that analyzed your friends for “pretentiousness” and then created a film showing the Mitsubishi Outlander “crashing through” the posts.