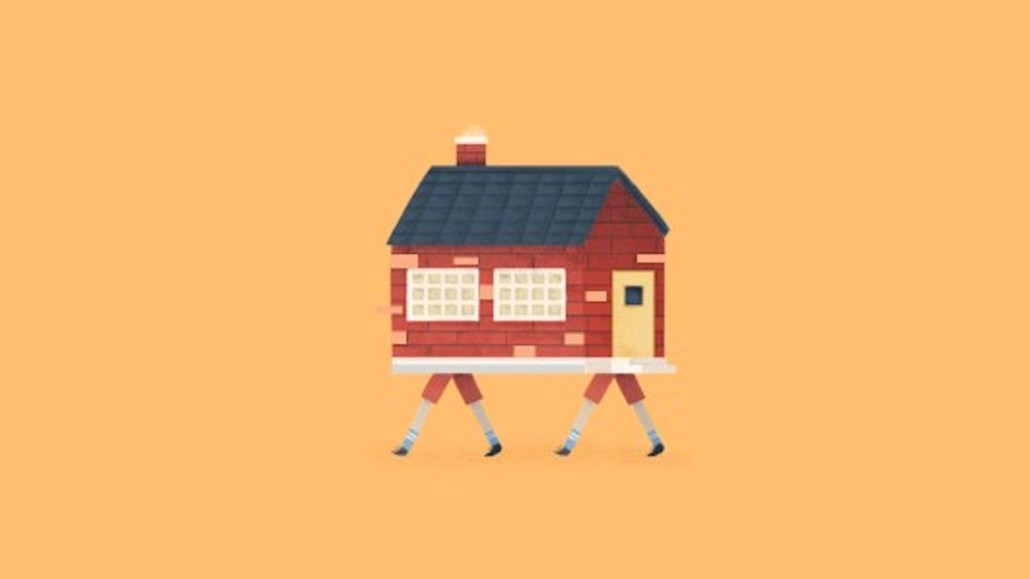 As ever, replacing agencies with its own marketers remains a priority at Procter & Gamble.

At last count (back in 2019), the giant advertiser had pulled as much as 30% of its marketing in-house. It was never going to stop there, though. Not given the company’s predilection for strict marketing controls — something the pandemic compounded.

What is interesting about P&G’s latest in-house move, however, is that it seems to be an adjustment to a fairly recent decision.

In 2019, it moved the majority of its media business in North America over to Dentsu’s Carat. Now, much of this work, which covered media planning duties for its brands in its personal health, baby care and fabric care brands, are being handled internally, per two people with knowledge of the plan. Granted, P&G has stopped short of a complete u-turn. Execs at Carat continue to work on some brands in those categories, albeit at a reduced capacity, the execs confirmed.

In other words, it’s a hybrid approach, whereby P&G continues to use agencies for some services as it builds up other capabilities in-house. All told, it’s the way the advertiser has worked with Dentsu ever since it gave it the media account. Recent tweaks reinforce that stance.

A P&G spokeswoman said the company doesn’t comment on matters such as this as a principle because it is “always reviewing and making changes”.

Nevertheless, the rationale for these moves is clear.

Companies do more marketing in-house for two reasons. Either they want more control over how their media is bought via online marketplaces that have become indecipherable in parts or they want to squeeze agency costs — the latter doesn’t make the former any less valid. In fact, one often informs the other. P&G’s incoming CEO Jon Moeller said as much on the company’s earnings call last month. The more money it saves on marketing that’s not working as hard as it could, the more it can spend on the marketing that does, he told analysts.

“It might seem kind of an odd dynamic,” Moeller said, “but the more efficient and effective we can make our marketing spend be — and … just now there’s lots of opportunities that you can do that — the more attractive it becomes to make those investments. So, in a maybe somewhat of an odd way, efficiency breeds effectiveness. Effectiveness breeds spending, and that all drives the market.”

It’s the sort of flywheel effect the business hopes will help it find pockets of growth in a volatile economy. Of course, this will vary quarter by quarter. Sometimes, the business may push more of those dollars into its profit and loss sheet to better balance the pressure on its margins, for example. But where it can, however, P&G will spend more, not less on advertising.

So far the plan seems to be working. P&G pumped an additional $130 million into marketing in the third quarter. And it said it would continue to do so as it’s ad spending returns to pre-pandemic levels.

The company’s finance director Andre Schulten, stressed this point on the aforementioned earnings call. He told investors to expect its outlay on advertising to continue for as long as the business can “create good return on investment”.

If true, then it’s a clear sign of what life will be like for P&G marketers under Moeller. The longtime finance executive is the first CEO of the business in decades to never have been a marketer. And yet he’s gone to great lengths so far to show how much he understands the importance of marketing to his company’s success.

“As we increase digital reach, we are getting better at targeting,” Schulten said. “We can both increase reach and quality of reach, and therefore, offset some of the incremental spend.”

Larger advertisers have long talked up the benefits of being able to do more of this internally. But the pandemic brought the problems of doing so into sharp focus for them. Consequently, many of those plans were put on ice and the in-house trend was in reverse — to a point.

“We believe that while in-housing of some marketing services can unlock effectiveness and efficiency gains, it is not a model that works for all brands,” said Samrat Sharma, principal at PricewaterhouseCoopers.

The principal challenge is often around talent, “can you attract (and especially retain) the specialist talent needed to do marketing work” and also incubate a culture of creativity within a corporate environment, he added. Companies like AB InBev, which has its own internal ad agency, had to tackle these issues head on last year after they decided to stick with their own in-house plans.

Sharma expanded on the point: “We believe that many brands can unlock the outcomes they hope to achieve through insourcing — faster more integrated ways of working, greater control over data and improved efficiency through better agency relationships and partnership.”