How DSTLD, the first customer-funded fashion brand, tripled revenue in one year 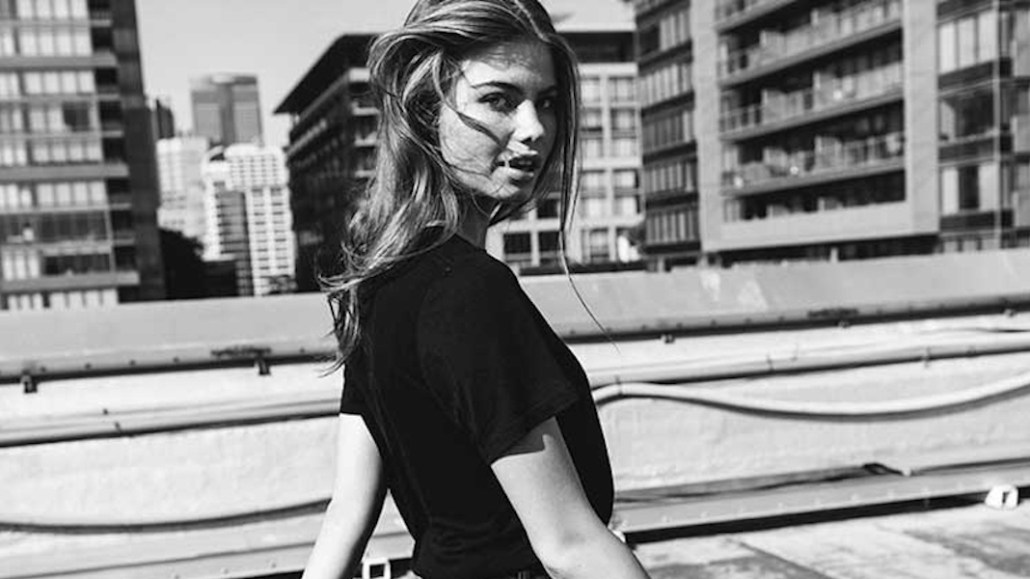 Last year, the direct-to-consumer apparel brand Dstld (a vowel-less version of “distilled”) turned to its customers to raise capital after recognizing that the cash flow from venture capitalists had all but dried up for clothing startups that offer meager returns for investors.

Since this time last year, now saddled with $1.7 million in investment from 1,700 customers, Dstld has tripled its revenue, from $3 million in July of 2016 to $9 million today, as well as doubled its customer base. It also saw 194 percent compounded annual sales growth, and doubled sales in the first half of this year. The company declined to disclose profit.

Co-founder Corey Epstein said the brand has used the investment to make new hires in its departments — product design, manufacturing and fulfillment, and marketing — who can support the company’s 20 percent-per-month growth rate. According to Epstein, the company hires five more people than it needs in each department in anticipation of its next phase of growth.

“For direct-to-consumer apparel brands, it feels like there’s a requirement to scale quickly and raise a lot of capital,” said Epstein. “But it’s more of a long-term story, and VCs aren’t as interested in that area of investment.”

Dstld, which started as a denim brand and has since expanded to include other apparel categories, has a small team serving a small but cult-like customer base, celebrities including Kendall Jenner and Selena Gomez among them. The company said its top 5 percent of customers have made more than 50 orders in the past year. As it grows, the brand is using its investment funding to experiment with non-traditional marketing, manage its supply chain (all clothing is made with a tight circle of sustainable and ethical factories and workshops) and speed up its product design process.

The crowdfunding seed investments, which are in addition to the $5 million in angel investments Dstld raised before its 2014 launch, were made possible through Regulation A+, an equity crowdfunding law passed as part of the 2012 JOBS Act that lets any individual consumer invest in a private company. Dstld is the first and only apparel brand that has raised money through Regulation A+, and in August, it’s going to open up shares again for a second round.

“Our approach to funding is similar to our approach to the retail industry,” said Epstein. “We’re cutting out the middleman and going straight to the customer. We’d rather have 1,000 of our best customers have some skin in the game, than five guys in Silicon Valley who aren’t customers.”

Part of DSTLD’s growth plan is to open up more communication with the customers who have invested in the brand. Epstein expects the brand will match or surpass the number of investors it received on the first round (Regulation A+ caps the amount of money brands can raise through this funding at $50 million), generating an engaged customer base of about 4,000 people. Right now, investors have access to an “investor dashboard” where they can track company growth, including the full financials of the company, which Epstein called “the ultimate level of transparency.”

By speaking with customers that are shareholders as well as top customers, Dstld plans to be able to make faster product design decisions that go beyond fleshing out its core offerings. Right now, it takes about a year to develop new products from start to finish, but the brand’s goal is to become more reactionary, in response to customer demands and trending styles. The company also wants to open a series of pop-up stores.

“Our shareholders and customers are a very valuable set of people, and some of those people have a stake in the success of the brand,” he said. “It’s taking traditional influencer marketing to the next level by turning ambassadors into investors.”

It’s true that apparel brands who raise too much venture capital often end up bottoming out when trying to reach a level of success that will pay back investors. According to Rebecca Distefano, a corporate and securities lawyer at the firm Greenberg Traurig, there’s been a chill on traditional IPOs for retailers, thanks to Amazon.

“Reg A+ is a great alternative for a fashion retailer to consider, considering the state of the industry,” Distefano said. “What it lacks is the strategy guidance VCs offer, and VCs also don’t like the idea of having multiple minority investors involved. It could make or break the brand, from a management perspective.”