Retail briefing: ‘Do it for me’ gains traction as retailers scramble to find a competitive advantage 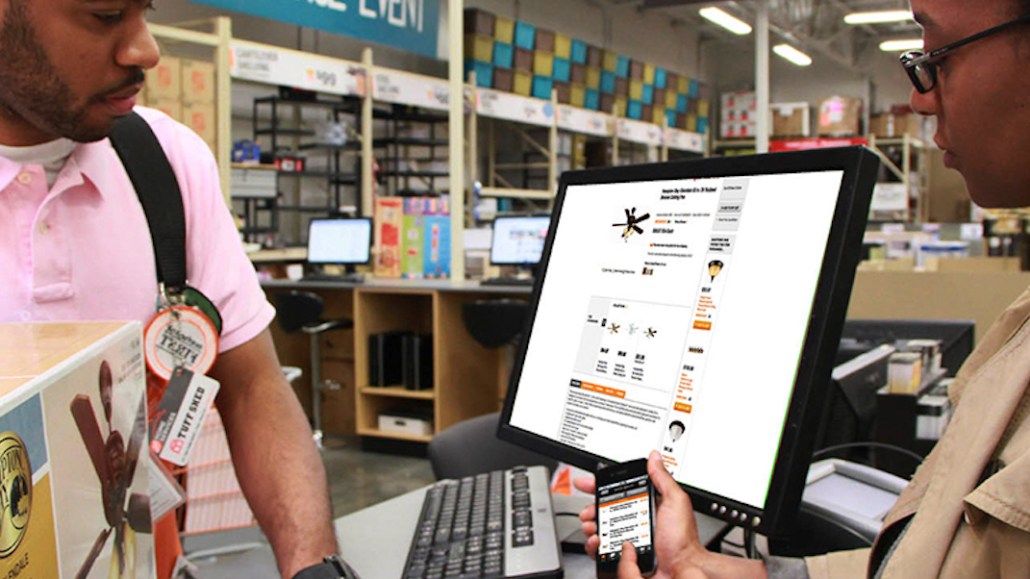 The Digiday retail briefing is a weekly newsletter from Digiday that will take you behind the scenes of an industry in upheaval. To get this in your inbox, sign up here.

In the age of Amazon, service can be the differentiator.

At Home Depot, the firm has hired a team of people that go to customers’ homes to deliver and assemble furniture and give expert advice. Walmart and Wayfair are doing the same with Handy, a startup that’s like a Yellow Pages for service contractors. Handy, which also has a tech platform that can give retailers data that can track customer satisfaction, also channels installation orders as an add-on service for both companies.

Call it the Geek Squad effect. In perhaps the best-known service approach, electronics retailer Best Buy has held its own by helping shoppers with technology questions, product repairs. It’s figured out what stores can provide beyond transactions.

It’s a trend industry watchers are calling “do it for me,” and it’s expertly handled by companies like TaskRabbit, which Ikea bought late last year and has since rolled out assembly services with. Providing services goes a step beyond making stores places people want to come and extends the purchase journey.

Most important, services can mean much higher margins than simply selling items. And there’s also a good data opportunity. Heading over to a customer’s home or letting them control delivery and installation options gives a retailer a lot more information on customers that can then be used to target personalized offers and sell them other items.

Overheard
“Stepping back, [advertising is] now a multibillion dollar business, and we’re seeing strong adoption. We also think measurement is going to be important, so advertisers understand what outcomes they’re driving on our properties.” — Brian Olsavsky, CFO, Amazon, as the company announced its ad revenue had hit $2.2 billion.

What we’ve covered
The Container Store is now testing a technology that will help people figure out how to reorganize their spaces. Known as an Organization Studio, the beta includes tools where customers can visualize how things will look in their homes. It follows companies like Walmart, Lowe’s and Home Depot that are using AR and VR to do the same.

Walgreens wants to tell its customers it’s more than a place to buy pills. It’s gunning to become a one-stop shop for health care. The company has launched a new website and app where customers can search for medical services. The idea is to move further into service delivery. It’s currently working with 17 providers nationally.

American retailers are turning to Alipay to try and attract Chinese tourists. Apparel brand Guess now has 50 of its stores accepting Alipay, while a San Francisco shopping center has 43 merchants on the platform. Alipay is becoming one of the world’s largest mobile payment platforms with 870 million users.

By the numbers
According to data from FirstData, which looks at credit and debit card transactions across the U.S.: