How Coltrane Curtis went from MTV VJ to influencer wrangler 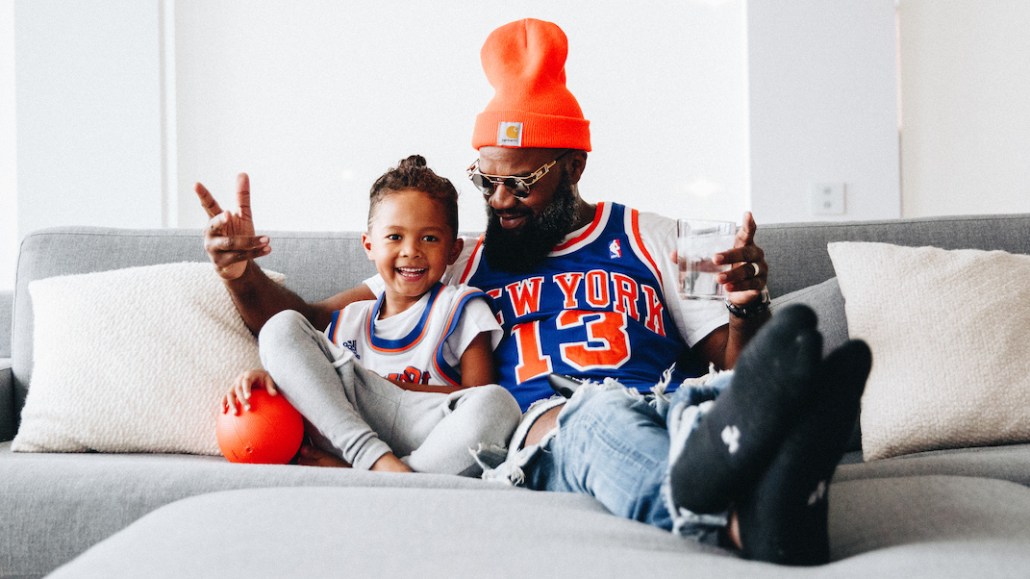 Visitors to Coltrane Curtis’ office are greeted with a portraits of his 5-year-old son, Ellington. Framed illustrations from the movies “White Men Can’t Jump” and “Coming to America” appear near the window. Two plaster molds of Air Jordan 2 High DB sneakers in Curtis’ size — a white one designed by artist Daniel Arsham and a bronze-cast one designed by artist Matt Senna — sit under a big glass table.

The office space of Curtis, 41, founder and managing partner for creative shop Team Epiphany, reveals the many hats he wears: Entrepreneur, obsessed dad, collector of around 1,100 pairs of sneakers and former MTV VJ. Curtis is also known as an influencer wrangler, running influencer campaigns for big spenders like Google, Heineken and Hendrick’s Gin.

“Coltrane is very dynamic, genuine and honest. He will tell me what is the best for the business even if I don’t agree. That’s a rare trait. Most agencies will tell you what the brand wants in order to win the business,” said Michael Giardina, marketing director for the Glenfiddich and Monkey Shoulder whiskey brands at William Grant & Sons. “Influencers are not for sale — Coltrane knows that and lives it. He is an incredibly hard worker and passionate about what he does. That passion is infectious.”

Curtis worked as a VJ for MTV for around two years. Then he felt sick and tire of it and decided to start his own agency Team Epiphany in 2004. During his MTV career, Curtis realized that the network surrounding a celebrity was actually more powerful than the celebrity themselves. But at the time, brands didn’t have budget for influencer marketing, so he positioned Team Epiphany as a public relationship shop where he used his celebrity relationships to help brands get into magazines. But the problem with the PR model was that magazines paid more attention to the celebrity than to the brand. When social media took off, Curtis switched the agency model from a pure celebrity play to working with a network of influencers.

“It got really boring [at MTV], talking to [celebrities] about things that I knew they didn’t do,” said Curtis. “For me, the person who styled them is more interesting than the celebrity I’m talking to. That frustration created my understanding that the network surrounding a celebrity is actually more powerful than the celebrity themselves.”

For Curtis, influencer marketing is never a marketing discipline. Instead, it is a new format of communication. And influencers are not just those with big followings on the likes of Instagram and YouTube, but also people who are highly influential yet not active on social media.

For example, Team Epiphany designed Heineken’s 8-year-old influencer program #Heineken100, in which the beer company enlists 100 influencers around the U.S. every year to subtly promote the brand. In addition to last year’s program, the company committed to refurbishing Miami Marine Stadium with the help of people like David Grutman to spread the word online and offline. Grutman has around 209,000 followers on Instagram, but more importantly, he owns the Liv nightclub and a bunch of other hot spots in Miami, and he’s known as the “King of Miami.” As a result, the city of Miami approved a $45 million bond to make rebuilding the stadium a reality.

“If we don’t have the relationship with David, we wouldn’t be able to go to him with a brand that wants to have a presence in that market,” said Curtis. “Those relationships allow us to do things that normally are not possible — and in some cases, not affordable. [Influencers like Grutman] trust in the consistency of the relationship; it’s not like, ‘Can you do me a favor and tweet about the brand?’”

The problem with influencer marketing is it’s too transactional, said Curtis. He doesn’t buy into the concept of “micro-influencers” because he thinks it’s just a buzzword, and followers don’t define “influence.” Curtis added that his agency doesn’t use any influencer outreach platforms.

“At the end of the day, we will project metrics as best as we can, but the whole piece is gut. You need to build trust with the influencer and the brand,” said Curtis. “Influencer marketing is variable all the time because we deal with people, and people change.”

Curtis believes that influencers are not individuals but a community, and that belief became the backbone of Team Epiphany. “If you think of Kanye [West], he is a musical genius, but all the other things — and even his music — are influenced by the network he assembled. The same is true with other celebrities,” said Curtis. “A company can use the same formula to create excitement around the brand. If a brand is able to employ a network around its products, it doesn’t need Kanye.”

Brands are sold on that approach. Quinn Kilbury, senior brand director for Heineken USA, said the real benefit of Team Epiphany bringing in a network of culture influencers goes beyond impressions. For instance, getting the government’s support in rebuilding Miami Marine Stadium means much more to Heineken than selling beer bottles. “It’s not necessary to find agencies who can find influencers and say what the brand wants them to say,” said Kilbury. “We are building a community, and the community supports us. It’s not manufactured, and it’s unique.”

Curtis named his agency Team Epiphany because he wanted clients to ultimately have a moment of clarity after they sit down with his agency and understand what his team does. Curtis had his own epiphany around 15 years ago when he met his wife Lisa Chu at an event in Los Angeles. “I told my best friend that I would marry that girl,” he said. “That’s the biggest epiphany in my life.”

Chu later became the No. 2 employee at Team Epiphany and now runs its accounting, legal, finances and experiential marketing, which accounts for over 40 percent of the shop’s revenue. Curtis leads the strategy, business development, creative and account teams. The duo co-manages social media and PR.

Under the couple’s leadership, Team Epiphany has grown from a one-person gig to a team of 80. The size of the agency is Curtis’ new challenge, as he’s never managed a group this large.

“People here started having babies, and they are going to fail if I fail,” said Curtis. “When you think about that dynamic, it’s an incredible responsibility. I’m more stressed about that than being a dad for Ellington.”