Climate Change Gets Its ‘Truth’ Campaign 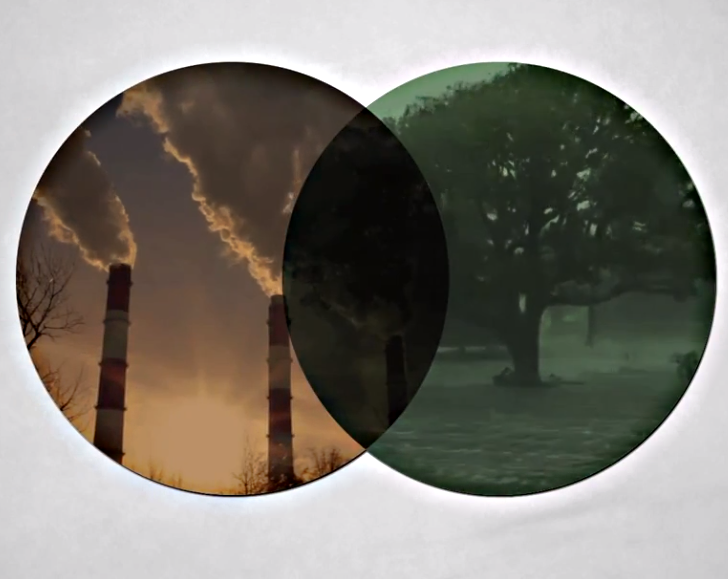 Back in the early part of the decade, the “Truth” campaign won plaudits for its innovative ads that used actual facts gleaned from tobacco lawsuits to highlight the ills of smoking.

The campaign was so successful that Al Gore wanted to do the same for an even bigger problem: climate change. So Gore’s Climate Reality Project hired Arnold Worldwide, one of the agencies behind “Truth,” to raise awareness about the real danger of climate change and to combat the fake science that big corporations are putting out there to cover the truth (and their own asses).

As Pete Favat, chief creative officer at Arnold in Boston, explained, the former Vice President needed a quick solution that would get people involved. What they came up with was “Reality Drop,” a website and social media tool that helps people spread the truth about climate change.

The Reality Drop site finds climate news from around the Web and compares it with the most relevant science. Red articles mean they are articles containing climate myths and denier-science. Green articles are ones that contain evidence and support that climate change is happening. The idea is that people should share the green articles on Facebook and Twitter to help spread the truth. For the red articles, people are asked to combat the myth-spreading by calling it out in the comment sections of these stories and “dropping some reality” by copying and pasting the real facts that Reality Drop provides on the site. Reality Drop offers a database of more than 100 popular climate change myths along with the science to refute them.

“There’s massive coal-money going into creating fake science and denier science that denies climate change is happening,” said Favat. “They pay a lot of money to spin fiction, so the objective was to create something where people could drop facts into denier-science websites and forums to stir up the pot and get people to speak up against this false information.”

There is a bit of a game aspect to Reality Drop, too. The more green articles you share and the more you post truth in red articles’ comments, the more points you earn. You can earn different badges as you earn more points. It’s meant to add some sense of positive competition to the campaign, and to encourage people to share their scores with friends and get others involved.