China emerges as a hotbed for artificial intelligence 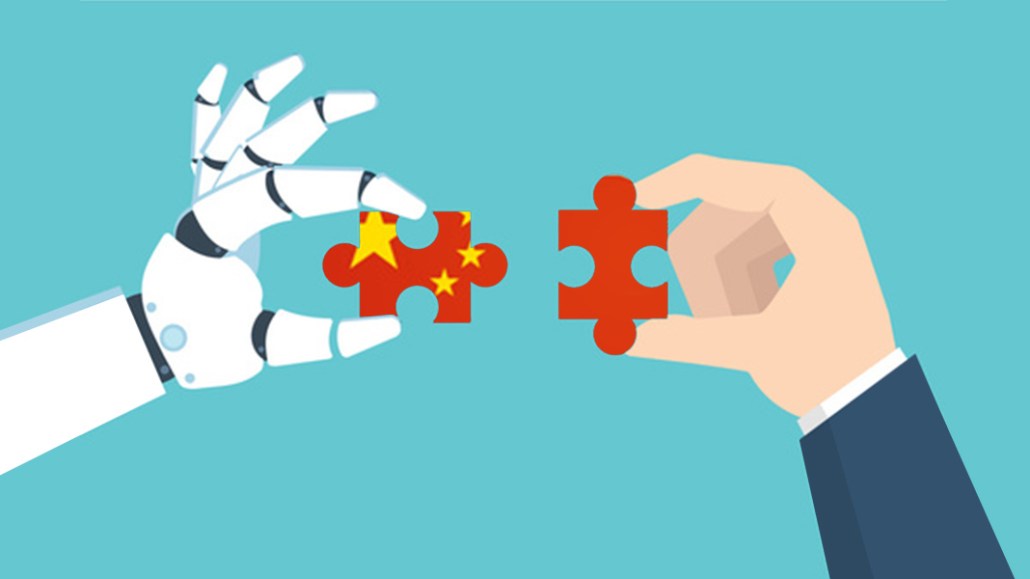 If the U.S. is leading the way in artificial intelligence, China is playing catch-up and quickly emerging as an AI hotbed thanks to its talent, government support and venture capital funding.

Chris Nicholson, a former Bloomberg news editor, co-founded artificial intelligence firm Skymind in San Francisco in 2014 and started expanding it outside the U.S. last year. Since Tencent is a big investor of his company, Nicholson assembled a team of four engineers in Fujian, a southeastern province in China, and plans to open another China office next year in Shenzhen, where Tencent is headquartered.

“We saw lots of interest in AI in China, and the sector is moving so fast in the country,” said Nicholson, CEO of Skymind. “Beijing supports AI, while Baidu, Alibaba and Tencent are all getting into AI. The U.S. still has the best AI talent, but there are many good engineers and AI researchers in China as well.”

It may not be surprising for Skymind, a Tencent-backed startup, to set up AI efforts in China. But other U.S. tech conglomerates are also eyeing AI opportunities in the country, like, for example, Google, which pulled its core businesses like search out of China a long time ago but opened an AI research center in Beijing this month. “China is home to many of the world’s top experts in AI and machine learning,” wrote Fei-Fei Li, chief scientist for Google, in a company blog post.

Talent is undoubtedly a major reason why China’s AI capabilities have drawn much attention from Western countries. U.S. tech conglomerates like Google, Microsoft and Amazon are all hiring entry-level AI engineers (including for algorithm engineering and software development functions) in China at lower salaries compared to the U.S. job market given the exchange rate, according to a 2018 campus recruitment list. The list shows that among those U.S. employers, Google offers the highest base salary of up to 560,000 yuan a year (around $85,000), followed by Microsoft (around $77,000) and Amazon (nearly $47,000 plus stock options). But the most senior AI engineers in China can often demand compensation of $1 million or $2 million, most of which is stock, according to Bloomberg.

“AI is such an engineering-centric activity, and the technology really spans geographical boundaries,” said Chris Wexler, svp and executive director of media for agency Cramer-Krasselt. “With the pure number and quality of engineers coming out of China today, it is no surprise that [the country] is — and will be — a major player in this space.”

The rapid growth of AI in China can also be partly attributed to government support. Beijing laid out a development plan in July to become a world leader in AI, aiming to build a domestic AI industry worth at least 1 trillion yuan (around $1.5 billion), according to a government document. Chirag Dekate, research director of high-performance computing for Gartner, thinks China is getting into AI for the long haul. “The U.S. is driving AI innovation across the spectrum, in software and hardware,” said Dekate in an interview with Investor’s Business Daily. “Early use cases and early adopters are happening more in the U.S. than any geography in the world. But China is looking at it from a marathon perspective.”

Meanwhile, venture capital funding seems to be streaming into AI startups in China. This year, research firm CB Insights selected seven Chinese startups — including English-teaching app Liulishuo and ByteDance, which is known as news aggregator Toutiao and recently acquired Musical.ly — for its AI 100 list, compared to four a year prior. The list is based on valuation, investor profile and business model, among other criteria.

Hans Tung, managing partner of GGV Capital, believes a lot of hype surrounds AI in China, with media and the government playing a role, but it ultimately needs VCs to provide money, he said. “AI is overblown in China. But in my opinion, pure AI research firms and providers are not as exciting as companies that offer consumers a real solution and add AI to personalize consumer experience. Pure AI startups are overhyped in my opinion,” said Tung. “If you look at our portfolio like Toutiao, Airbnb, Liulishuo and Didi [the Chinese equivalent of Uber], they have all added AI to serve the end consumer over the last couple of years. Google is also a search corporation with AI capabilities. Those companies are not pure AI solution providers.”

Tung also thinks it’s important for a VC to see if an AI company can get access to consumer data on its own because, essentially, companies need lots of data to train machines. “Chinese companies like Tencent, Baidu and JD have lots of data on hundreds of millions of users, so engineers working for those companies are increasingly experienced with data intelligence,” he said.

AI startups aside, big Chinese tech players are looking for resources in the U.S. to improve their AI offerings. Tencent, for instance, established an AI lab in Seattle in May, while Baidu set up an AI research center in Silicon Valley in 2014. Alibaba, meanwhile, is investing more than $15 billion in global research development over the next three years, focusing on machine learning, visual computing and natural language processing, among other areas. The initiative includes research centers across seven cities worldwide, including San Mateo, California, and Bellevue, Washington.

“You could say that AI is the new gold rush in China and all over the world because it’s a powerful technology,” said Nicholson.