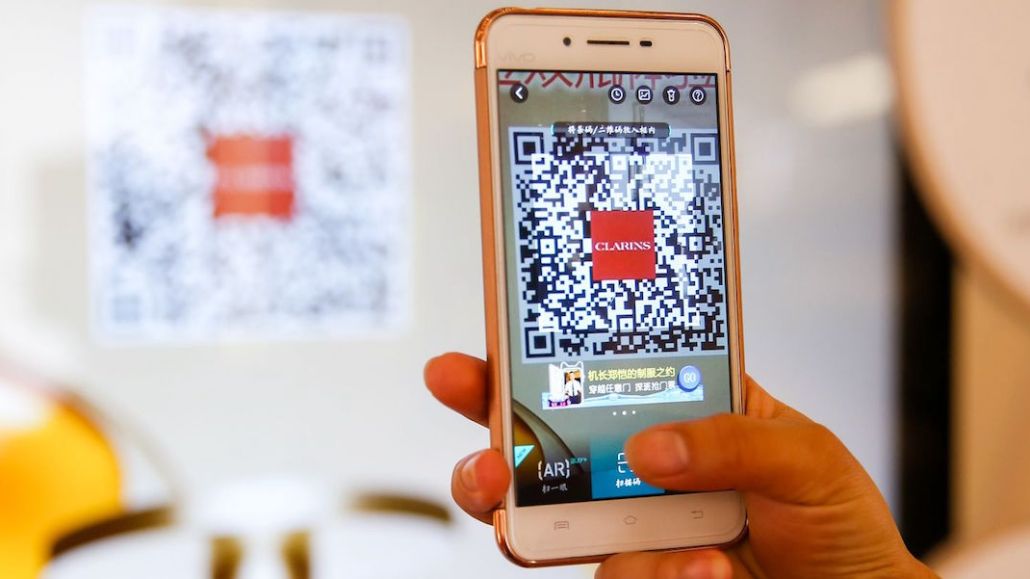 For Alibaba, Singles Day is not just a shopping festival that generates billions of dollars in revenue in one day for the company, but it is also a test bed for the technology giant’s retail innovations.

In addition to its traditional promotional events like a Singles Day gala, a see-now-buy-now fashion show and an augmented reality mobile game called “Catch the Cat,” Alibaba is testing something new for this year’s Singles Day: Its business-to-consumer marketplace Tmall opened 60 physical pop-up stores in 52 malls across 12 cities in China, powered by Alibaba’s retail technologies like AR and mobile payments. There are more than 100 brands participating in this test, including L’Oréal, Unilever, Procter & Gamble and Lego, according to Alibaba.

“We’ve done lots of pop-up stores online, where brands launch one or two products [on Tmall] to test them out. But it is the first time that we’ve done physical pop-up stores for Singles Day,” said Michael Evans, president of Alibaba. He added that this experiment is tied to Alibaba’s “new retail” concept, where the company found that 18 percent of retail market in China is online and 82 percent of sales still take place offline, so Alibaba wants to help retailers integrate everything from inventory to store management to logistics to payments, both online and offline.

Singles Day is a giant event in China. Alibaba recorded nearly $9 billion in sales in the first hour this year.

“If you look back three years ago, Singles Day was an online event,” said Evans. “Last year, we started focusing on ‘new retail,’ and this year, ‘new retail’ represents a big portion of the shopping festival.”

Those pop-up stores run from Oct. 31 through Nov. 11. One of the store features is a digital screen called “magic mirror” that lets shoppers try on things like sunglasses, cosmetics and apparel virtually. If they like the product, shoppers can make a purchase through Alibaba’s mobile payment service Alipay by scanning the QR code on the screen. Another store feature is an AR display area where shoppers can scan product images to visit corresponding listings and get coupons on Tmall. Meanwhile, brands like L’Oréal-owned skin cleanser Clarisonic also set up vending machines in their pop-up stores so consumers could make purchases without waiting in line for the cashier.

As part of its “new retail” strategy, Alibaba also developed 100,000 of what the company describes as “smart stores” leading up to this year’s Singles Day, for brands like Gap, Bose and Casio. Those shops are available in 31 provinces and 334 cities in China. One store feature is called “cloud shelf,” which is a digital screen supported by radio-frequency identification, a technology that can automatically track and identify tags attached to objects. So when a shopper places an item in front of the screen, it will automatically display the product’s availability, customer reviews and more on Tmall. The shopper can then scan the product’s QR code to buy it on Tmall.

“Once again, Alibaba continues to show how it is innovating the retail space,” said Jed Stiller, co-founder of sneaker retailer Stadium Goods, which has a store on Tmall. “With these smart stores, Alibaba is providing an alternative shopping experience and continuing to change the way we shop.”

Alibaba made around $20 billion in gross merchandise volume on Singles Day last year. Evans declined to predict how many sales this year’s Singles Day would generate for Alibaba, but he said that around 140,000 brands are participating in the shopping festival on Nov. 11, compared to around 100,000 brands in 2016. Among them, nearly 60,000 are international brands, which is a “significant growth” from last year, he said.