Ahead of NYFW, deciphering this season’s fashion calendar 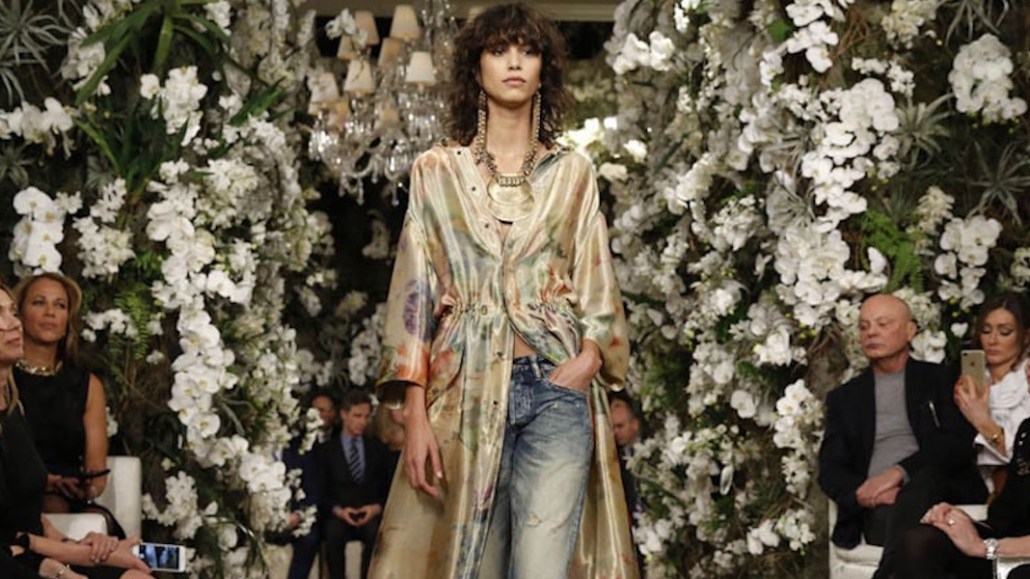 Fashion week’s existential crisis continues to splinter the industry, sending designers to new cities, pushing them to off-season schedules, changing the way they do business with retailers and taking them off the runway altogether. As New York Fashion Week kicks off for the Fall 2018 season, the event feels as scattered as ever.

You could blame the customer for turning the fashion calendar on its head, but the changing tide has opened an opportunity for designers to forge their own path. Rather than fitting into a slot on a crowded fashion week schedule, they can make decisions based on what seems best for business. Because after all, it’s true: What matters today are the customers, and how they decide to spend their dollars.

“For us, we’re just a scheduler,” said Mark Beckham, business director of fashion weeks for the CFDA. “We want to present designers with the resources to do what’s best for their businesses, but there’s always going to be designers showing here. It’s OK if there’s fluidity — we’re supportive.”

For some, the new world order (or lack thereof), has worked out in their favor. An international see-now-buy-now strategy looks good on Tommy Hilfiger, which reported runway collection sellouts for every celebrity-studded in-season show. Coach’s revitalized return to the runway, while traditional in format, has lifted sales of its Coach 1941 handbag collection as well as its ready to wear. Others haven’t fared so well: Thakoon’s business has been put on indefinite hold since the New York-based designer tried out a direct-to-consumer, in-season model that failed to pan out in 2016.

But for the most part, luxury brands are stuck in a wait-and-see limbo that proves just how hard it is to turn around a sinking ship: Ralph Lauren, Burberry, Michael Kors, Marc Jacobs, Diane von Furstenberg and more are all in the progress of revitalizing business, and it’s a slow process.

“You can sort some of this progress into overarching buckets: the promising, the failing,” said Elizabeth Stafford, managing director of strategy at the brand engagement firm Sullivan. “But for the most part, we’re in an era of testing something new.”

As New York Fashion Week begins today (with two days of men’s shows, the result of another failed experiment), here’s the current state of the fashion calendar. It sheds light on an industry in flux, with shifting schedules, new strategies and a renewed approach on Instagram.

Leave it to the ‘gram
Who: Kanye West, Rodarte, Rebecca Minkoff
What: Skip the runway, the press appointments and the presentation-parties, and debut a new season’s collection directly to the masses through an Instagram feed.

It’s been a long time since an “Instagram fashion show” felt novel, but new takes on the approach have made a fair case that this is the runway show of the future. While Kanye West announced Yeezy Season 6 wouldn’t be showing during fashion week, there was no warning before he flooded Instagram with a barrage of images of models wearing the new collection. Each photo was a recreation of prior Kim Kardashian paparazzi photos, which included a perfectly meme-able Paris Hilton cameo. The whole thing was potentially illegal, since no models posting their photos disclosed that they were in a Yeezy ad, but the internet buzz bolstered the event as much as any runway show would have.

So much fun being a #KimClone in the new #YeezySeason6 campaign. 🔥

Brands didn’t need the celebrity of Kanye West to pull it off, either; they just needed a celebrity cast. Rodarte, which has previously moved its runway show from New York to Paris, also skipped the runway this year, opting instead to release a “digital lookbook” for the fall 2018 season directly on Instagram featuring Kirsten Dunst, Grimes and Kim Gordon as models. Rebecca Minkoff got ahead of fashion week with a new collection dropping in time with the Women’s March, premiering on Instagram with influencer buzz.

“There are several perks to the social media launch. The long-term strategy is really a budget consideration for designers, and this is a cheap way to show a collection. You’re going straight to the customer, and the press will ultimately follow,” said Laurie De Jong, a fashion week producer who operates LDJ Productions.

The fashion calendar has become impossible to keep up with because it’s impossible to pin down. Left to their own devices, designers are deciding new ways to launch collections, and sometimes that approach changes with every new season.

“It’s the Wild West,” said Aliza Licht, head of communications and marketing at Alice + Olivia. “I almost wish there was some topline order, because right now, it feels like a circus.”

There are several reasons designers’ strategies are scattered. For those showing during a private appointment, à la DVF (which recently saw its creative director depart) and Audra Noyes, it saves money and reverts the fashion show away from the public eye, diminishing the clash between showing and sale. Presentations, like Kate Spade’s fashion parties, on the other hand, capitalize on the free agency of the form, creating more Instagrammable moments. They can also scale down the spectacle: Victoria Beckham moved her runway show to a series of mini-presentations on the Upper East Side. For brands like Proenza Schouler and Altuzarra, going to an international city opens up the scope of the audience to attract new buyers and customers.

There’s one approach that could have staying power: shifting to the preseason schedule, in June and December. For now, it gives designers a less crowded space in which to present. But it also allows for more flexibility in the production schedule to experiment with more capsule collections throughout the year, fulfilling customers’ appetite for constant newness. That was the reason for Alexander Wang to make the switch, and Steven Kolb, the president of the CFDA, expects more will follow.

“There will be a transition period, a period of chaos,” Kolb said during a recent NYFW panel. “A core group of designers will root themselves in June and December, and if that business model holds true and proves successful, everyone will migrate and go there.”

The state of immediacy
Who: Tommy Hilfiger, Burberry, Ralph Lauren, Kanye West, Michael Kors
What: Designers continue to grapple with bringing the collections they’re showing on the runway in alignment with the season that runway showing is in.

After being seen as an industry savior, see-now-buy-now has become a feat that only the biggest brands with the deepest pockets have been able to pull off at scale. Save for a few small designers with nimble production processes, it hasn’t dramatically influenced the way designers show collections.

But it has had a rippling effect on what a fashion show’s purpose is. Since designers are expected to release more than two new collections each year, it makes sense that they shouldn’t just rely on two big runway shows each year, either. So they’re moving shows out of season, focusing on releasing more collections and dotting the year with special “projects” that yield more product.

“It’s less of a shift to immediacy than it is newness,” said Stafford. “Customers can figure out how to plan their closets — when to buy a coat, and so on. But what they’re used to is newness.”