These Brands Want to Whip You Into Shape 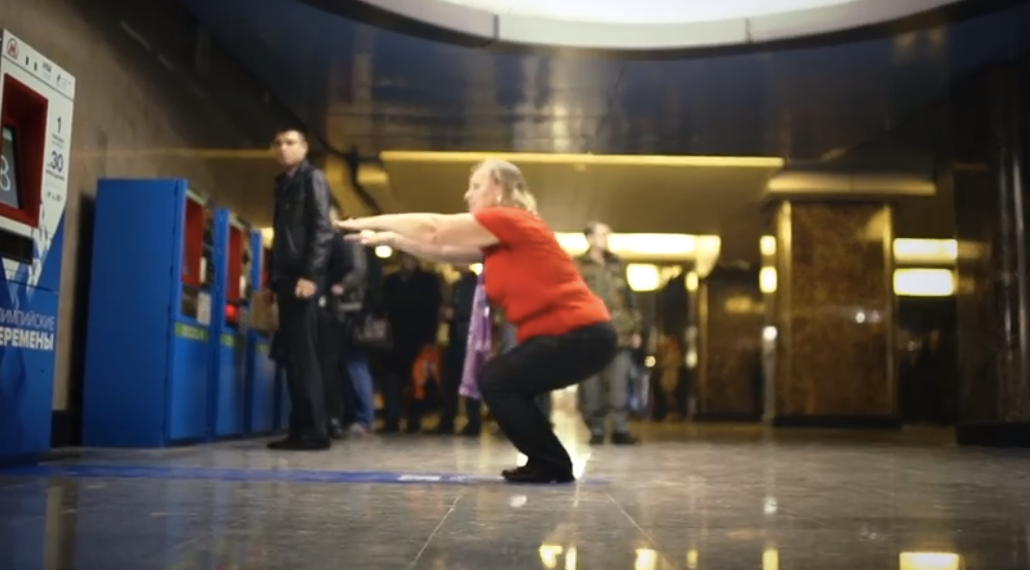 Apparently, brands think you are lazy and fat. At the very least, they want you to get some exercise.

At some point over the past decade getting fit tipped from being vaguely trendy into an all-consuming lifestyle option. Whether it’s the latest juice cleanse or the newest cycling class, there’s always a faster, better, more buzzed-about health fad. Lately, brands have been getting in on this health and fitness culture by creating interactive campaigns that encourage people to move around a little more.

Check out these four companies trying to help you get off your butt, from light movement to real calorie-burning action – starting with one brand that is hardly synonymous with fitness.

Coca-Cola
Coca-Cola Chile recently ran a special fitness-related campaign with the help of McCann. As part of its “Happiness is Movement” campaign, which attempts to emphasize the soft drink’s new push to be associated with “healthy living,” Coke created a special taxi in Santiago equipped with a pedaling system in the back seat. Passengers could pedal their way to lower taxi fare. The more you peddled, the steeper the discount. Doesn’t look like there was much resistance, so you probably wouldn’t peddle off a Coke from that “exercise.”

Winter Olympics Sochi
To promote the 2014 Winter Olympics in Sochi, Russia, the Russian Olympic Committee has installed an exercise-powered subway ticket machine in Moscow. The new required currency to buy a subway ticket, thanks to the special campaign, is no longer rubles but squats. For 30 thigh and butt firming reps, commuters can exercise their way to an otherwise 30-ruble subway ride.

Adidas
To promote the Adidas Boost shoe, Adidas — with the help of Mediavest Dubai — created a special treadmill vending machine that measures the calories runners burn, and then gives out a reward based on the runner’s energy expenditure. The more energy you expend, the bigger caloric reward you get. So basically you negate all of the exercise you just did, but oh well. Free food.

Asics
In advance of the New York City Marathon earlier this month, Asics challenged the people of New York to see how long they could run at 12 mph, roughly the average pace of elite marathoner Ryan Hall. The campaign, called  “Asics Treadmill Challenge,” involved taking a one-speed treadmill around the city and inviting people to get strapped into a harness. The participants were then made to run at Hall’s speed until their legs gave out. You will never think you’re fast again.