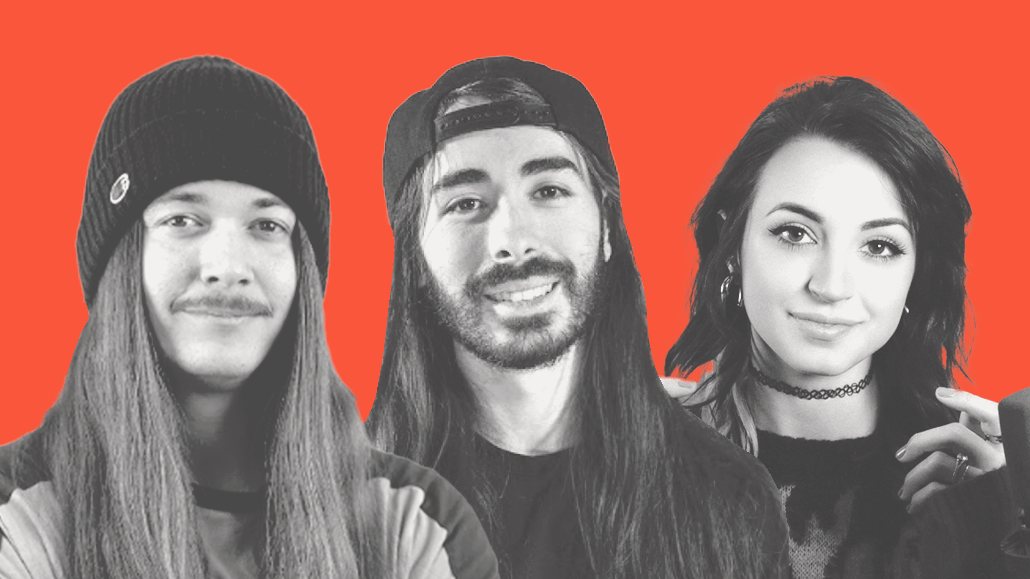 Mana Talent’s creator-owners represent different subsections of the YouTube audience. White is a gaming creator, known for his videos breaking down gaming and esports community drama; Collins is a humorist whose initial fame came from popularizing the “It Is Wednesday My Dudes” meme; and Klein is a leading performer in the genre of autonomous sensory meridian response, or ASMR. White also operates his own esports team, Moist Esports.

By combining their expertise and the professional networks they have developed across these disparate communities, the founders of Mana Talent Group aim to help their clients more easily experiment with new types of content and inspire cross-genre collaborations between the creators in their roster.

“Diversification is always going make the company a little stronger,” said Sarah Lavender, an ASMR performer who is signed to Mana Talent and requested anonymity due to safety concerns. “I just started a Twitch channel, and I’m just dabbling in playing video games on there — but it is nice knowing that I have some professional resources to reach out to if I decide to go further with that.”

While the aforementioned creators are acting as the public face of Mana Talent Group, they are not the only investors. Their pre-existing managers — Zach Russell, Matt Phillips, Alex Press and Ben Deaney, Klein’s husband — are also investors and co-owners, with each taking on a C-level role in the company.

The move is the latest example of online creators leveraging their followings and experience to enter the business world. In October 2021, for example, the top Twitch streamer Imane “Pokimane” Anys announced the formation of her own talent management agency, RTS. In July, the streamer Ali “SypherPK” Hassan co-founded the content production studio Oni Studios with his wife Daniela Ali. And in September, a group of creators including the YouTuber Ludwig Ahgren founded their own creative agency, Offbrand, among other examples.

“SypherPK is an entrepreneur with three different businesses — his content business, his apparel brand Metal Umbrella and Oni Studios,” said Justin Miclat, CEO of The Kinetic Group, a talent management agency whose clients include Hassan and Nicholas “Nickmercs” Kolcheff. “It’s all about expanding the universe in a way that aligns with the things he cares about, and ultimately the things that drive his brand and business forward.”

For each of Mana Talent’s creator-owners, their motivation to join forces was at least partially a desire to expand their revenue streams beyond Twitch and YouTube and create a potential offramp for themselves to escape the content creation grind.

“It’s hard to say the longevity of a content creator, because this industry has only been financially viable for 10 to 15 years,” Collins said. “Whereas, Hollywood actors, as they age, they fit in different roles and can just go until they’re done. It’s hard for me to say that, 10 to 20 years from now, I’m still going to be making YouTube videos.”

Founding a talent management agency is also a financial back-up plan for creators who must otherwise rely on relatively fickle platforms such as YouTube and TikTok for the bulk of their income. This is a particular concern for Klein, who has occasionally received pushback from prospective brand partners due to her choice of video genre.

“Now, there’s thousands and thousands of ASMR creators — but during that growth, there were definitely periods of time where everyone was getting knocked with limited monetization or complete demonetization,” she said. “Behind the scenes, someone would be like, ‘ASMR is not brand-friendly’ for a month, and then it would be fine.”

So far, business has been strong for Mana Talent Group. The company launched with hundreds of clients, and it has already announced a partnership with the merchandising firm Warren James to form a new comics publisher, Bad Egg. Sarah Lavender told Digiday she felt more comfortable working with the creator-owned company than with its more corporate competitors due to Mana Talent’s native understanding of YouTube and content creation.

“My genre is so strange; it’s really hard to have big companies know what it is and be able to explain it to brands,” she said. “I didn’t even consider emailing any other management company at first.”

Mana Talent has been operating quietly since August, but it plans to enter the limelight with a joint charity stream featuring all three of its creator-owners on Dec. 16. As the success of creator-powered businesses such as Mana Talent Group becomes readily apparent, more YouTubers are likely to follow in the company’s footsteps.

“Creators are leaning into this type of venture because it’s just a natural extension of what they’ve been able to focus on over the course of their own careers,” Miclat said. “Now, we’re seeing more creators, whether they be livestreamers or YouTubers, being a little bolder and trying to start down that path.”