This fall, TV networks, streamers and ad buyers will tune into the return of TV 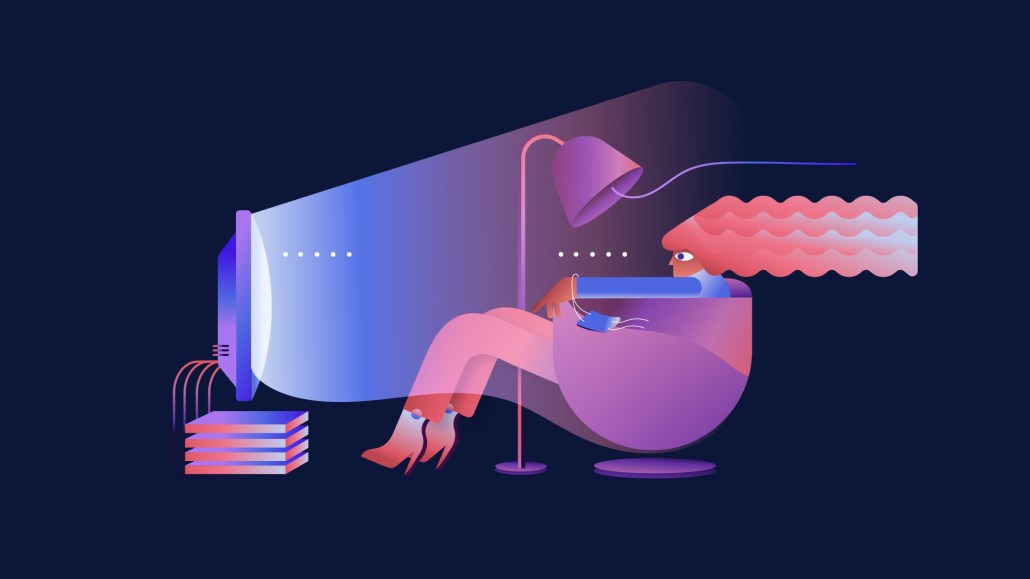 The streaming wars are giving way to the screen grab. The final four months of 2021 will offer a test to see what the new normal looks like for the future of TV as the competition for people’s attentions heightens — and flattens.

“I feel like this is the first year, going into Q4, where the definition of television has truly expanded [to span] linear, digital and streaming,” said Kim Kelleher, president of commercial revenue and partnerships at AMC Networks.

This fall through the fourth quarter, streaming services as well as TV networks appear set to be operating at full strength, having refilled their programming pipelines following last year’s in-person production hiatus. Meanwhile, audiences are expected to be returning to the office and school, which can take them away from their TVs and reestablish their pre-pandemic routines. In light of these normalizing dynamics, executives at TV networks, streaming services and advertising agencies are on the lookout to see what this period of time indicates what has and has not changed after the past year and a half of the pandemic.

“What does the return of quality content and traditional scheduling mean for viewership as a whole? Do things reset to the norm or have we lost audience?” said Geoff Calabrese, chief investment officer for North America at Omnicom Media Group.

In a widespread bid to gain audiences, the fourth quarter of 2021 is slated to see TV networks and streaming services return to strength in the historically strongest period of the year. Unlike last year’s weakened Q4 — with the pandemic disrupting production on TV and streaming shows and upsetting the schedules of major sports — networks and streamers seem to have a packed programming lineup in store.

“This summer we have been as busy, if not busier, than ever in both production and development,” said Laura Michalchyshyn, chief creative officer and co-president of content at Blue Ant Studios, which produces shows and movies for the likes of NBCUniversal’s Peacock and streaming service CuriosityStream. Each of the company’s various production firms has 12 to 15 shows in production, she said.

On traditional TV, broadcast networks will have primetime schedules resembling pre-pandemic times (that is, plenty of Dick Wolf-produced fare and reboots). The NFL and college football are also set to play games with fans in stands and hopefully minimal cancellations. “Everything is going to be full force,” said one agency executive of the fall TV’s live sports lineup. Meanwhile, cable networks like AMC Networks will have flagship shows, such as “The Walking Dead” and two spin-off series, set to air. “We have been planning toward this fall in earnest in a very big way,” Kelleher said.

On the streaming side, companies are similarly loading up. Netflix, for example, is counting on a redoubled programming pipeline in the back half of the year to re-accelerate its subscriber growth, forecasting the service would add 1.3 million more new subscribers in the third quarter of 2021 than in Q3 2020. “Once we get into Q4, what we would expect is as we get through, hopefully, that tail end of the COVID choppiness, we get into that strong strength of slate. We get to a kind of a high seasonal period for us,” said Netflix CFO Spencer Neumann during the company’s latest earnings call. Netflix isn’t the only streaming service to be expecting a strong end of the year.

“Seasonally speaking, Q4 is very strong for streaming,” said Devin Emery, chief product officer and evp of content strategy at CuriosityStream. The streaming service, which specializes in factual programming like documentaries, saw its subscriber base increase by 25% between the first and second quarters of 2021 to reach 20 million subscribers and projects a business boost in Q4. “We expect increases in engagement over the pandemic to be catalyzed by the seasonality in the second half of the year,” Emery said.

Even if the overall pie of TV and streaming viewership grows in the fourth quarter, though, companies could see the surplus of streamers cut into their slices. Just as the fall TV season is no longer an arena limited to traditional TV companies, the likes of Netflix is not only in competition with traditional TV networks and streaming services like Disney+, HBO Max, Hulu and Peacock but also with digital video platforms like YouTube.

Google’s digital video platform seems emblematic of how the definition of and market for TV has expanded during the pandemic. Not only were individual video creators in prime position to adapt to the pandemic’s production impacts — considering that many shoot in home studios and as they go about their everyday lives — but YouTube’s audience has also settled into watching those videos on the same screen as Netflix and traditional TV.

In June, 120 million people streamed YouTube videos on a TV screen, compared to the platform’s 100 million monthly TV viewer average in 2020, according to Google parent Alphabet’s latest earnings report. That has opened up another front in the streaming wars.

“With YouTube gaining [in viewership on TV screens to equal Netflix’s watch time], Netflix is not in the pole position as they have been before. We’ve also seen how the other streaming services have nipped away from Netflix’s growth,” said Eunice Shin, who has consulted for companies including Disney, Warner Bros. and NBCUniversal and is a partner at consulting firm Prophet. “So overall, given the competitive landscape of streaming across the board and because of the driving demand behind TV ad spend, we’re seeing a lot of people focused on these next few months as being big TV moments.”

On the advertising front, this fall and fourth quarter will test whether TV networks are able to make good on delivering the audiences they have promised to advertisers. That test will span their linear networks as well as their streaming services and could spur more money to move to streaming-only sellers.

The story coming out of this year’s annual upfront negotiations was how TV networks, once again, secured ad price increases from advertisers despite the continued erosion of linear viewership. The networks netted those increases because advertisers have yet to find a medium as cost-efficient for reaching a large, concurrent audience and because there’s some belief that the networks’ linear and streaming viewership may rebound.

“Those decisions were with our understanding and hope that the fourth-quarter calendar would return to normal. Not that it would all of a sudden reverse-course on the trends that have taken root in 2020 and 2021,  but that it would stem the drastic decline in linear television to make the overall streaming landscape more competitive,” said a second agency executive.

However, while there’s hope, there is also prudence. “I’m looking to see delivery. I’m looking to hold media partners more accountable, probably more than they ever have been, to their [viewership] guarantees,” Calabrese said.

To be clear, the networks have taken steps to shore themselves up against any audience delivery shortcomings.

On traditional TV, network owners like A+E Networks pitched advertisers on expanding their audience groupings to include the older viewers who are most likely to be tuning in. “Almost two-thirds of our business is now going to be some form of expanded demo,” said Peter Olsen, president of ad sales at A+E Networks.

Additionally, TV networks struck upfront deals with advertisers that give them greater flexibility to deliver ads across their linear TV networks as well as their streaming properties. Advertisers that agreed to these so-called “fluidity” deals are more likely to see their viewership guarantees fulfilled. Not that that is guaranteed, though.

“The network groups are hedging their bets to make sure they’re supporting both ways consumers can get their content. However, is there enough content to support both? That’s the biggest unknown we have,” said the second agency executive.

Given all the unknowns and uncertainty surrounding the expanded TV industry, perhaps the only assurance is the expectation that the final months of 2021 will offer up some indication of how the future of TV has and has not changed.

“It’s the closest thing we’re going to get for now to people’s normal lives, the rhythm of the calendar. I don’t think we’ve had anything close to normal in a long time,” said one TV network executive.