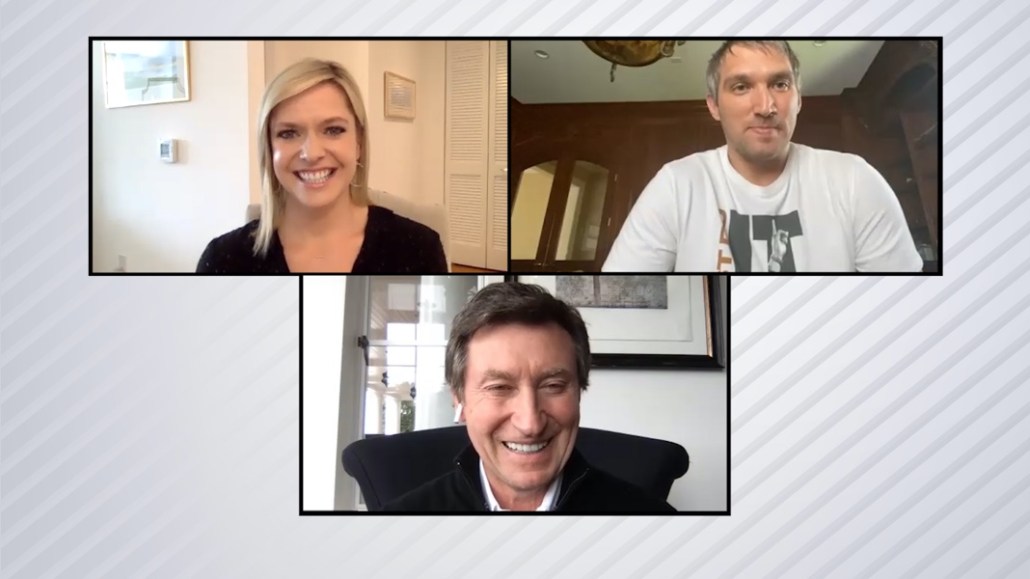 The National Hockey League should be over a month into its playoffs by now, heading toward the Stanley Cup Finals. Instead, the puck hasn’t dropped since March 12.

The league instead has lined up a slate of original shows to keep hockey fans entertained during the hiatus and to bring new audiences onto the ice, ranging from made-at-home videos with star players to classic game rewatches to even a cooking show.

Each week the NHL is remotely producing three to four episodes of original shows that run from a half hour to an hour long. The programs that the NHL is producing include a weekly trivia show “Hat Trick Trivia” starring current NHL star P.K. Subban and a weekly interview series “#HockeyAtHome” that has featured past and present players such as Wayne Gretzky and Alexander Ovechkin.

The week of May 18, the NHL will debut a cooking show called “Skates & Plates” that is meant to appeal to hardcore and casual hockey fans alike. Each of the show’s five episodes will pair an NHL player with a celebrity chef and have the duo prepare a dish in 10 minutes, with recipes posted to the NHL’s site and social accounts. “Cooking reaches everybody in the household,” said NHL chief content officer Steve Mayer.

To ensure its shows reach as many viewers as possible, the NHL has tweaked its distribution strategy. In the past, the league produced different shows for TV than for digital platforms like Facebook and YouTube. But the shows it is producing remotely are made to air across both TV and digital. “Hat Trick Trivia,” for example, is uploaded simultaneously to the NHL’s site as well as to its accounts on YouTube, Facebook and Instagram’s long-form video service IGTV. Then after the digital debut, the show airs on TV, including on NBCSN and NHL Network.

The NHL’s remote shows are largely a marketing exercise meant to keep its fans entertained until play can resume. While the league is making some money from ads run on its social channels and is able to sell sponsorships against the shows, the revenue from the shows does not cover the production costs, said Mayer. “Our interest is solely to keep the NHL front of mind,” he said.

Sports leagues to varying degrees are in the same boat. Both the NBA and NHL playoffs are supposed to be underway right now, and MLB should be in the second full month of its season. However, the NBA has had ESPN’s documentary series about Michael Jordan and the Chicago Bulls, “The Last Dance,” to help it remain in the zeitgeist. Meanwhile, MLB is racing to become the first team sport to return.

However, the NHL is not required to provide this programming to the networks to fill the games gap, according to Mayer.

While the shows were produced to fill the pause in play, the league is leaving open the possibility of continuing to produce these shows even after the hiatus is over. Of course, adjustments will need to be made. Subban will not have as much time available to host “Hat Trick Trivia” once he’s shuttling from practice to planes to games. Additionally, “for ‘#HockeyAtHome,’ we might have to change the name,” Mayer said.