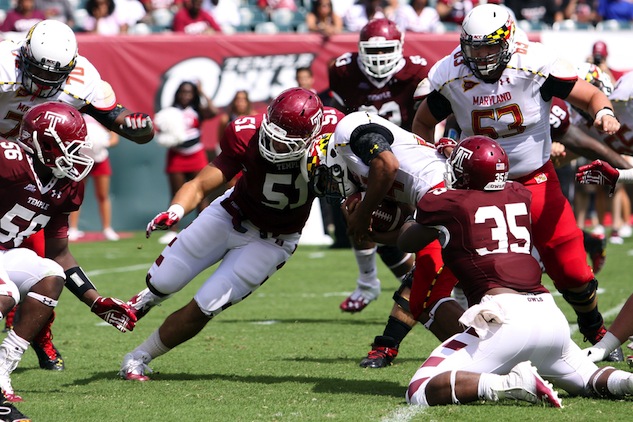 The return of live sports to TV has resulted in lower-than-expected viewership and advertisers expecting to be recompensed for the ad delivery shortfalls. With the NBA and NHL nearing the completion of their seasons, the volume of available TV sports inventory to reallocate to owed advertisers is at risk of waning.

However, college football could serve as a refill, so long as the coronavirus crisis doesn’t cut short its return.

The ACC and Big 12 conferences have already started playing games, the SEC will open its season on Sept. 26, and the Big Ten is set to start up on Oct. 24, though some have only released conference-only schedules. Not only does college football’s staggered return avoid adding to the current glut of live sports that is likely cannibalizing viewership for individual leagues and games, but also it has the potential — along with the MLB playoffs and the NFL’s regular season — to plug the viewership and inventory gap once the current sports overload abates.

Typically, advertisers prefer the owed impressions to run in similar inventory. So an NBA advertiser would want ads running in other NBA games or, short of that, in other major sports like the NFL and college football. TV network groups like Disney and Fox, for example, would be able to provide so-called “make-goods” by offering their college football inventory to advertisers who did not reach the guaranteed number of viewers for ads running during the networks’ NBA or MLB games.

Some TV networks have already been able to provide make-goods to advertisers. The higher viewership of the NFL as well as the NBA’s and NHL’s playoffs increase supply, and the MLB playoffs should further add to the mix when they start on Sept. 29. Networks have also pulled back inventory from the so-called “scatter” market, in which inventory unclaimed by upfront advertisers is sold.

However, there are challenges in making up for the shortfalls. For example, WarnerMedia’s sports inventory largely centers on NBA and MLB games, so ad buyers owed by WarnerMedia expect their make-goods will need to be carried over to the leagues’ next seasons unless advertisers are comfortable wiping their debt with ads running against CNN’s news programming during election season, which is likely to attract a lot of eyeballs.

Additionally, agency executives don’t believe that the higher viewership that the NBA Finals and MLB playoffs are likely to attract will be enough to make up for the mounting volume of viewership shortfalls, with even the NFL down compared to expectations. “There’s just a lot of under-delivery, a lot of make-goods,” said Tim Hill, evp of integrated investment at UM Worldwide.

“The big impact, in terms of making good, will be how college football shakes out,” said one agency executive, who asked not to be named.

But, there are questions as to what extent advertisers can expect to receive make-goods for college football — as well as NFL — games. For starters, TV networks may have sold most of their football inventory to satisfy the pent-up advertiser demand since sports went on hiatus in the spring.

“Do they even have the [available inventory] within the NFL or NCAA football to give towards the NBA or NHL deals? But also, if they’re even willing to do that, NCAA football and NFL are at a different price point than NBA or NHL. Some partners may be willing to make up under-delivery within those two properties, and some may not,” said Jimmy Spano, svp and group director of national video activation at Dentsu Aegis Network’s Carat.

Finally, this being 2020, there is the necessary caveat that the situation could change. “Audiences will be there if games are played,” said a second agency executive. As of press time, 18 college football games have already been canceled or postponed because of players testing positive for coronavirus. In light of that, several agency executives qualified their sentiments about the impact of college football’s return on the TV ad market.

“There’s still a lot to be ironed out,” said Cara Lewis, evp and managing director of video investment at Dentsu’s Amplifi. With college football games continuing to be canceled or postponed, as happened this week with Notre Dame’s matchup against Wake Forest, “it’s going to be a lot of week-to-week what’s happening,” she said.