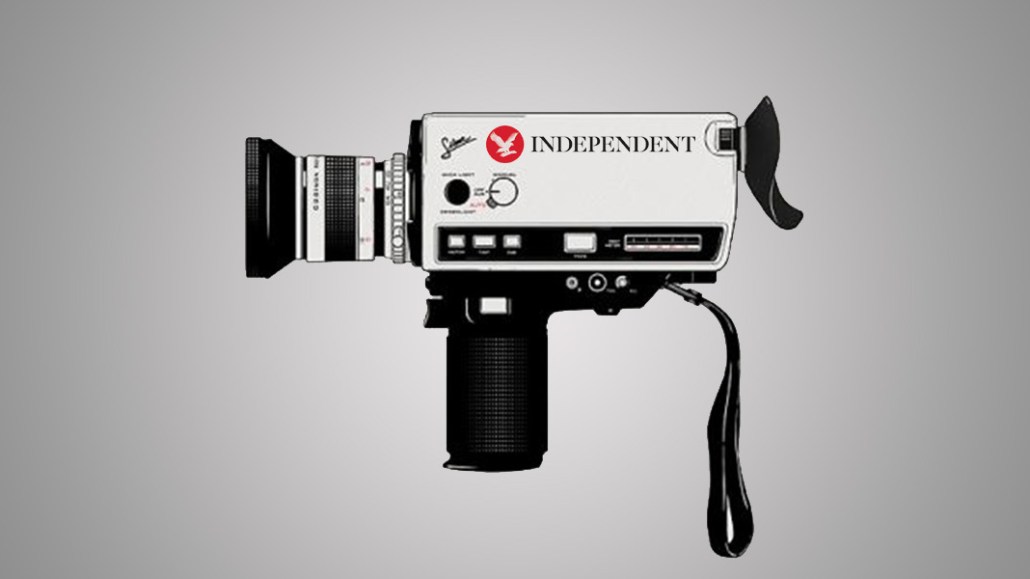 After shuttering its print paper in March 2016, The Independent is profitable again and can spend more on what its audience wants — and that’s video.

Over the next six months, ESI Media, the parent company of The Independent and the Evening Standard, plans to double its video team to 50. Each title currently has a team of 10 video specialists, and a central team of five works across both brands on bigger projects. The Independent needed to get its video offering right before growing its team, according to editor Christian Broughton.

Broadly speaking, The Independent’s original video falls into three categories: foreign correspondence, like reporting on a fire in a refugee camp in Syria; explainers with journalists, such as one with economics editor Ben Chu about whether austerity is over in the U.K.; and mini-documentaries about subjects like a teenage drug dealer. All are under five minutes long.

“We have been focusing on international and foreign reporting and putting a spotlight on the lives people who are struggling in some way,” said Broughton. “These are the ideas that represent the brand and mission of [The Independent].”

In the next month, The Independent will make its documentary videos easier to identify by packaging them under a new name and on a separate landing page. The Independent’s previous documentaries will be rebadged and housed here, too.

In a platform era, publishers struggle to get readers to recognize their brands. As The Independent exists solely on digital, this is a challenge it knows all too well. “Video is one of the more chaotic parts of online media; it comes out in an unruly way,” said Broughton.

According to analysis by the News Media Association and NewsWhip, news brands account for 47 percent of all social media engagements with U.K. content, stoking the fire for publishers that don’t feel they are getting a fair reward from platforms for the content they provide. But publishing on Facebook has been a big driver in growing The Independent in the U.S., where it gets a third of its traffic.

In July, The Independent had 140 million views on its videos, almost all of which came from Facebook, where each video has an average of 570,000 views, according to Tubular Labs. Many of these views come from videos licensed from news agencies or aggregated from the web.

“As media houses, we have less control on how and where content is consumed,” said Zach Leonard, managing director of digital for ESI Media. “That’s not an expression of relaxing, but recognition that a 14-year-old won’t be having a relationship with a newspaper but will be gathering their news by osmosis. It behooves us as brands to make sure we’re there.”

With the increase in team size, the number of videos it makes will increase, but Broughton is reluctant to establish a formal schedule for how many videos it plans to produce a week, saying this misdirects effort and focus.

“There are some areas we can strongly influence,” said Leonard. “In our case, that’s intense focus on the quality and efficacy of accurate journalism.”