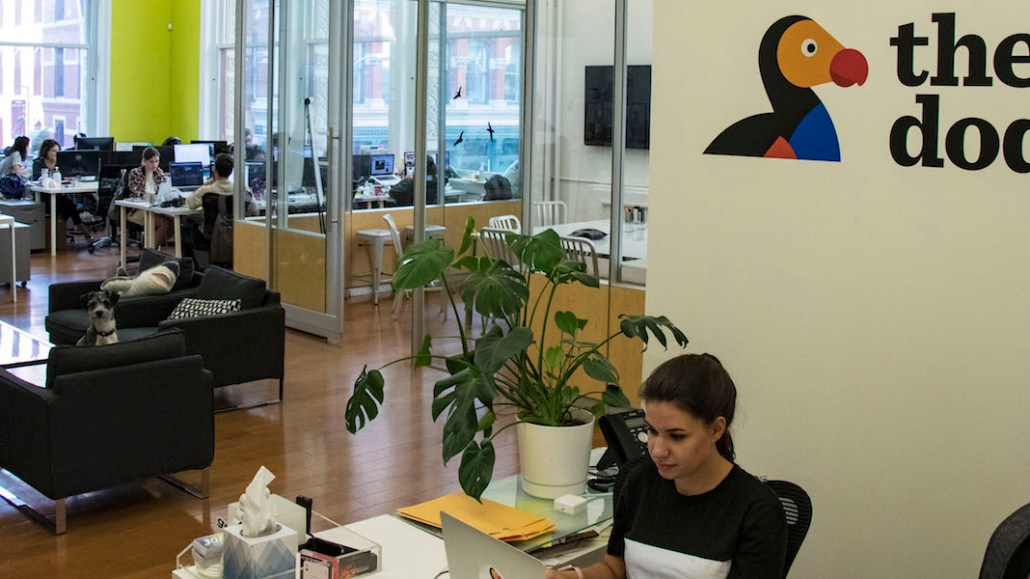 Since publishers are at the mercy of algorithms when it comes to making articles and videos catch fire, Group Nine Media has focused on limiting its duds rather than trying to make videos go viral.

Since reducing its reliance on viral hits, monthly video views have gone up year over year by 59 percent to 4.6 billion in June, per Tubular. In the same period, the number of videos it published per month increased 34 percent, to 2,670.

While Group Nine — a holding company that includes digital publishers Thrillist, NowThis, The Dodo and Seeker — formed in October, its brands existed before, so these statistics compare like properties. The company’s social video views have quickly grown. In 2014, the properties it now owns had just a few a million video views per month, said Ashish Patel, svp of audience development and insights at Group Nine, but the company’s thinking is that its current approach is more sustainable.

“You generally don’t want to pore over your mistakes; you want to psychologically brush them under the rug and move on,” Patel said. “But viral hits are out of our control, and it’s more clear what we can do to eliminate [poorly] performing content.”

It also discovered that unless the camera angles alternate at the beginning of a video, mobile users quickly click out of videos featuring a person speaking directly to the camera, Patel said. That’s why, as seen in this video featuring former Vice President Al Gore, the camera angle frequently changes to keep users’ attention.

Another tactic that helps prevent users from exiting a video of a person speaking is to split the screen with another image. The videos below are essentially identical, but the first video starts with a split-screen image, while the second video shows just a single image. Juxtaposing two images for just a few seconds at the start of the video increased views by 36 percent.

Group Nine is becoming less beholden to viral videos at a time when going viral has lost some of its appeal. Viral publishers like Upworthy and Distractify, which relied heavily on social platforms, were left exposed after algorithm changes led to inconsistent traffic. Elite Daily’s parent company wrote down the entirety of its investment in the millennial-focused publisher, leading to Elite Daily’s sale to Bustle. Viral Thread is eliminating “viral” from its name and rebranding itself as VT.