Advertisers are seeing a quarantine uptick in high-income mobile gamers 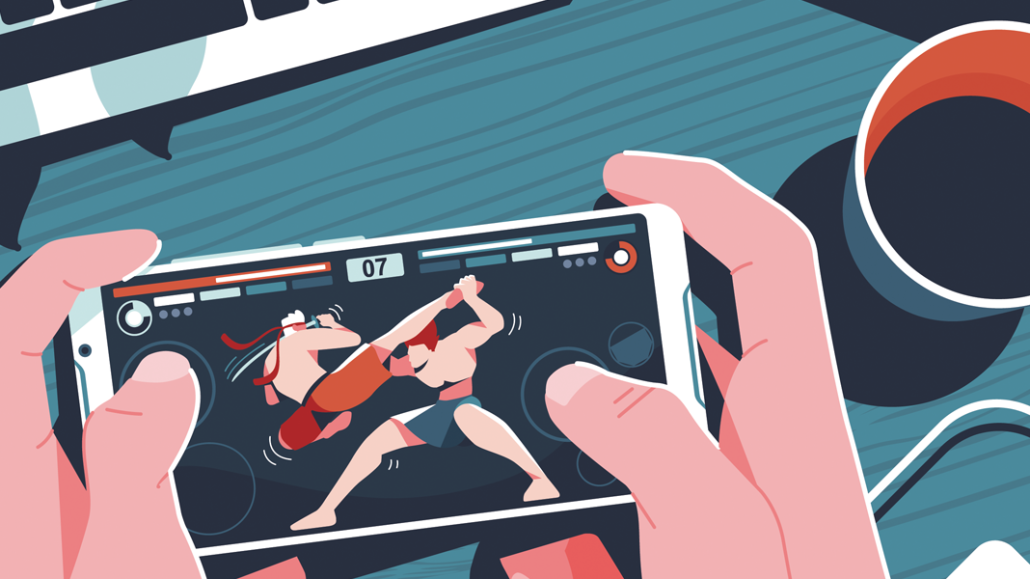 If the marketer’s mantra is to reach people where they are, then during this period of quarantine — a somewhat loosening scenario, depending on the exact locale, but still prevalent and likely to be ongoing — there are few better places to reach people than mobile games.

Gaming, along with digital streaming, premium news, grocery e-commerce and online self-education (e.g., MasterClass), has been one of the areas that have seen an uptick in consumption over the past two months. Why? Because contrary to what parents around the world might think, games are not “a waste of time.”

For one thing, they can simulate work — that is, there are objectives, systems to learn, skills to master, tasks to complete, problems to solve and a sense of accomplishment at the end. And, in periods of pain, boredom and social isolation, games can also serve as self-care for the mind, a way to escape stress and find temporary relief.

To date, though, much of the media focus on gaming trends has centered on console and PC games. The use of Twitch, the Amazon-owned streaming game platform, had already spiked 20 percent by the end of March 2020, pushing it past the 3-billion-hours-watched milestone. On April 23, rapper Travis Scott performed a 10-minute concert on Fortnite which drew in more than 12 million players, an all-time record for an in-game event. And Nintendo’s Animal Crossing has grown so popular that consoles and physical copies of the game are now entering the realm of hand-sanitizer scarcity.

But while Animal Crossing, Twitch and Fortnite might be pulling in huge numbers and creating headlines in mainstream media, they are still “traditional” games — in that players are logging into them via consoles — and not everyone has a PlayStation, Xbox or capable gaming PC at home.

Building a gaming-focused campaign takes looking past the buzz

Advertisers looking for a channel to reach consumers during this time might be tempted to branch into e-sports or console gaming, many for the first time. Viewership might be up, but capitalizing on that audience is difficult, so demand is still tepid.

And the opportunities in traditional console games can prove slim. For example, the home screen of Xbox and Playstation include boxes at the bottom that are in many cases technically classed as ad space, but they are costly to acquire — buying is still direct and there’s no such thing as programmatic buying for these units. Most users also don’t interact with those ads, as they focus on their favorites, listed at the top.

Marketers can put a lens, however, on the wide range of people who are now working from home and turning to mobile games as a much-needed personal break from their endless Zoom calls or a chance to take a much needed escape from a chaotic house full of people.

The opportunity for marketers to reach these gamers is larger than ever, and they’ve evolved beyond established models of gaming as an appointment-type activity — or ones in which mobile games are primarily attractive to commuters. Advertisers can now find gamers in all the little moments when they might be playing for a short time and in incremental ways.

“The global workforce is stationary, and they are still playing games – right in the middle of their workday,” Gabriella Stano Aversa, director of strategy and planning, at AdColony. “Data at AdColony shows sessions, impressions and completed video views that used to show clear weekend-to-weekday peaks and valleys have now become a mesa.

“Mobile games used to be seen as an activity that was on-the-go, something you did while waiting online to get your lunch or to occupy yourself during a public transit commute,” she continued. “Now that we are no longer on-the-go, and the mobile games category is seeing a massive surge in use, that myth has officially been debunked.”

The following data from February and March 2020 additionally helps to show the trends that are underway.

-User volume was up between 50 percent and 500 percent for all types of titles, according to Fyber.

-App opens were up between 10 percent and 15 percent, according to Bigabid.

-There was a 253 percent increase in gaming vertical-related searches, according to Captify.

-First-time game installs ballooned by 41 percent in March, month-over-month, according to data from Sensor Tower and Adjust.

– The last two weeks in March saw a 24 percent jump in mobile gameplay, according to AdColony.

Categories are critical to strategies for reaching mobile gamers

What’s also clear about mobile gamers is that homebound professionals are playing certain types of games. Card, word and board-game categories skew toward a high-household-income, highly-educated, professional demographic that’s weighted slightly more toward females playing than males. These gamers can provide a lot of scale for marketers messaging to reach them, but campaigns need to take into account the ways they play and cater to their categories in specific ways.

“There isn’t a one-size-fits-all approach,” said Jon Hook, vp of publishing at BoomBit, publisher of TanksALot, DartClub, Idle Coffee Corp and multiple other mid-core, casual and hyper-casual games. “You need to treat this audience as consumers, not gamers, and plan your gaming channels just like TV, as certain games skew more to certain demographics and ranges.”

And when marketers do, Hook said, category-based approaches can pay off: “Casual and hyper-casual games offer advertisers TV-size audiences for a fraction of the investment.”

The pricing for certain types of mobile-game ad inventory is falling, as brands are pulling back on budgets and there is less competition for ad space. Banners — the in-game mobile ad format most commonly used by brands — can now cost up to 30 percent less than before the lockdowns.

Meanwhile, there is more competition for impressions in the user-acquisition space, where one game company advertises in another game’s inventory to claim new players. In terms of other units and approaches as well, pricing on ad formats like rewarded video and interactive full-screen interstitials is stable or even slightly rising. What’s driving that are unprecedented levels of engagement. IronSource, for instance, found a 10 percent increase in user engagement with gaming-specific ad units like playables and rewarded video.

For marketers looking to maximize ad ROI while budgets are tight, or to reach an unusually large and engaged audience, there are few better channels to focus on than mobile games.

“Now is the perfect time to start advertising in mobile games,” said Jude O’Connor, AdColony’s GM of North America. “User attention in mobile games is at record-high levels, you’re running in professionally produced environments that protect your brand from unwanted content adjacency, and valuable audiences are available at scale. It’s one of the safest, high-value, rewarding opportunities available to mobile marketers as we speak.”

https://digiday.com/?p=367495
Most Read
Trending in
Explore More from Digiday Media