How publishers are fighting clickbait ads and protecting audiences 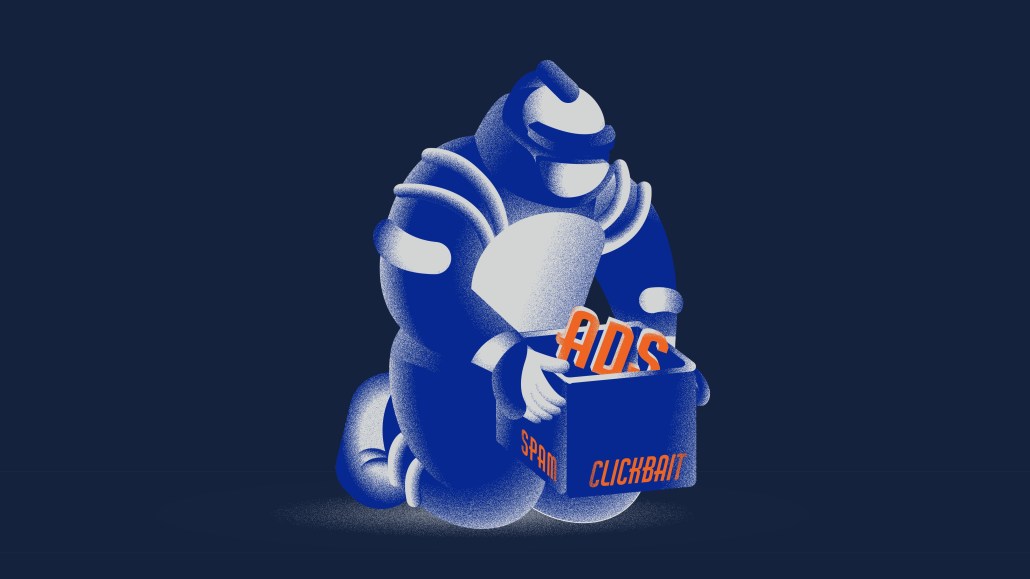 For publishers, delivering an engaging user experience is paramount to ensuring loyalty and safeguarding monetization opportunities.

One major revenue channel for publishers is selling programmatic ads, but it’s becoming increasingly difficult to control the quality of the ads that come through programmatic channels. As a result, clickbait, offensive and misleading ads are on the rise, finding their way onto publishers’ sites, directly impacting the reader experience and ultimately hurting revenue.

According to research by GeoEdge and Digiday, 76% of publishers reported that the user experience on their sites had been impacted by ad quality challenges, and 66% reported that it negatively impacted their revenue.

“In the midst of economic turmoil, reinforcing trust with readers is crucial for publishers,” said Amnon Siev, CEO of GeoEdge. “Amidst widespread media skepticism, it is necessary to provide a trustworthy, engaging and safe experience for users online.

“Users no longer tolerate sketchy offers or scams pushed by clickbait ads,” he said. “Publishers must maintain the trust of their audience and avoid giving their audiences a reason to seek out alternative sites.”

Making the shift to a user-first approach

GeoEdge defines clickbait as deceptive creative engineered to intentionally elicit clicks through manipulation and psychological engineering. Preventing clickbait is critical for publishers taking a user-first approach, as these ads alienate audiences and damage a site’s metrics. In turn, this discourages high-quality advertisers from buying inventory and impacts CPM and overall revenue.

“User-first publishers understand that they are not only responsible for the on-site environment, but also for the destinations to which users are directed from their pages,” Siev said. “Driving revenue in 2023 requires a new approach that views advertising as a means to enhance their reputation, rather than detract from it.”

According to Siev, approximately two-thirds of the security issues that GeoEdge detects are clickbait scams with deceptive creative, as opposed to ads with malicious code. Clickbait takes several forms, such as financial scams, misleading product offers, brand infringement and fake antivirus and cleaners.

To improve their ad quality, publishers need to define what bad ads look like for their business. Since there is no universal standard for defining good and bad ads, these publisher guidelines are most effective when specific about what is and isn’t acceptable, including categories and advertisers that are or aren’t in line with a brand’s messaging or values.

“No two publishers are alike, and neither are their ad policies,” said Siev. “When it comes to ad quality, having the autonomy to craft and fine-tune your own guidelines is crucial. The ability to exclude certain content due to specific circumstances is a must-have for any publisher who wishes to exert control over the ad experience.”

How publishers are accurately categorizing clickbait

After a publisher has committed to ad content guidelines, the next step is to implement specific ad filtering tools or mechanisms.

One of the pain points for ad filtering is miscategorization, which may allow bad ads — such as a cryptocurrency ad labeled as an entertainment campaign — to slip through filters. By working with SSPs who prioritize ad quality, publishers are able to ensure accurate categorization and blocking.

Ad quality discussions often focus on the content that appears on a publisher’s site, but the post-click experience and landing pages are just as vital, explained Siev.

“Blocking clickbait attacks on the pre-impression level is a challenge that not all technology is capable of rising to,” he said. “To truly grasp the nature of a clickbait ad, technology must delve beyond the ad code and examine the consequences of clicking it.”

Enlisting a partner that can eliminate bad ads and establish a feedback loop to empower users to report unwanted ads is also critical for publishers, explained Siev. With this feedback, publishers are able to take action and block ads reported by readers.

By providing a higher-quality ad experience for users, publishers are able to grow audience relationships and attract more advertisers with improved engagement metrics — but it starts with fully committing to addressing clickbait ads.

“There’s no such thing as partial protection,” Siev said. “Partial protection is no protection at all, as it only takes one user to fall victim to a scam for it to be considered a failure. Settling for anything less than full protection is not only irresponsible, but also a significant risk. Neglecting to close the gap in security can lead to a devastating loss of users, as a weakness may not be discovered until it’s too late.”

https://digiday.com/?p=485860
Most Read
Trending in Beyond Ads
Explore More from Digiday Media