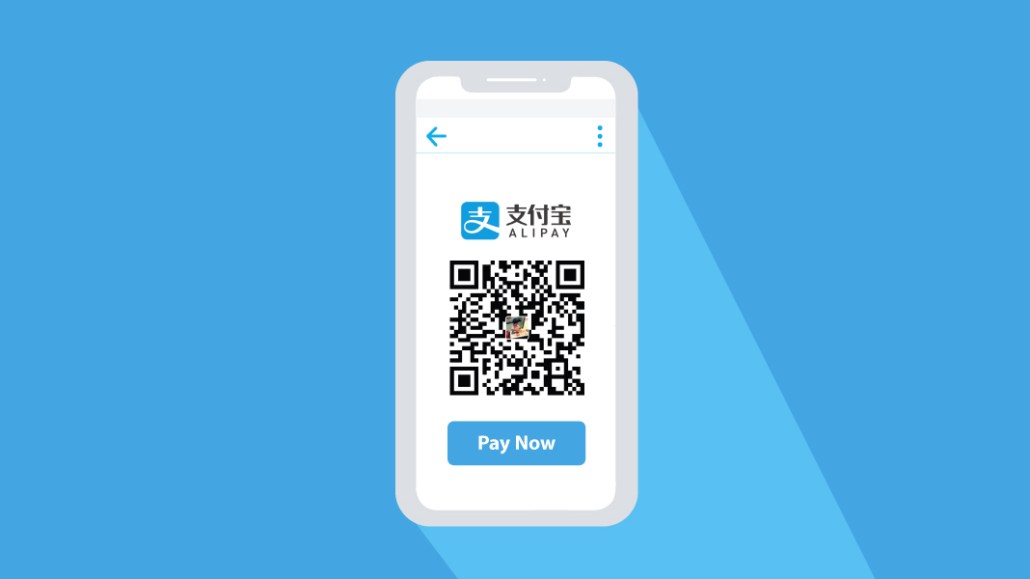 With 870 million users, Alipay is quickly becoming one of the world’s largest mobile payment platforms (its user base is second to WeChat Pay, which has 900 million users). The purchasing power of Chinese tourists, who on average spent more than $5,500 on overseas trips last year, is a market U.S. retailers are trying to capture.

For Guess, adding Alipay is also a part of its China growth strategy; letting Chinese customers use Alipay in the U.S. creates a similar experience that these customers would have shopping at Guess locations in China. Guess currently has 132 stores in China.

“Our focus is on the customer journey and understanding the touch points; it comes down to creating a seamless shopping experience and loyal customers — we’re a global company,” said the company’s North America svp, Edward Park.

Park said the company’s decision to roll out Alipay was based on research it carried out on customers and mall traffic, though he wouldn’t discuss specific figures. The company looked at data from U.S. mall managers on where customers were coming from, surveys of loyalty-club members around the world, and insights it received from Alibaba on its users. The company is also looking at building a bigger partnership with Alibaba, he added.

Nearly 3 million Chinese tourists visited the U.S. in 2016. Through relationships with technology providers, Alipay is accepted at over approximately 175,000 locations in the U.S., according to the company. A quick, familiar payment experience for Chinese consumers is top of mind for retailers. But Alipay’s Yelp-like business discovery function is a marketing opportunity for businesses as well.

“A lot of times people who use [Alipay] trust the businesses that are on it, and the payment is secure, seamless, one that they’re familiar with,” said Bob Partrite, chief operating officer at Simco restaurants at Pier 39.

Adding Alipay is a way retailers can ensure Chinese customers can use their default payment method within U.S. stores. China is also a global leader in mobile payments, accounting for 61 percent of proximity mobile payment adoption globally, according to eMarketer.

“Merchants don’t want to think about payments — they just want them to work,” said David True, partner at Paygility Advisors. “Payments do not bring incremental revenue [for retailers] — they just complete the transaction. Many Chinese customers don’t have credit cards.”

Chinese tourists are one of the biggest markets for U.S. high-end retailers, and are heavy mobile users; adding Alipay allows for a more integrated shopping experience for them, said Siva Yam, president of the U.S.-China Chamber of Commerce.

For its part, Alipay’s U.S. expansion has been focused on Chinese consumers, according to a company spokesperson. Shopping, entertainment, hotels and transportation are key focus areas, with brands like Lacoste, GNC, Rebecca Minkoff, Holt Renfrew and Harry Rosen already on board. An expansion to the broader U.S. consumer market, which has still yet to fully embrace mobile payment methods like Apple Pay and Android Pay, may be more of a challenge for the payments provider.

“As a retailer and a tech giant, Alibaba is probably looking to capture as many consumers as possible, but there are significant gaps for them to overcome to gain adoption [among U.S. consumers],” said David Kuchenski, director of retail strategy at Diebold Nixdorf. “They would have to build the types of relationships that Apple, Amazon and Samsung have with consumers, and even with them, it’s been really difficult.”