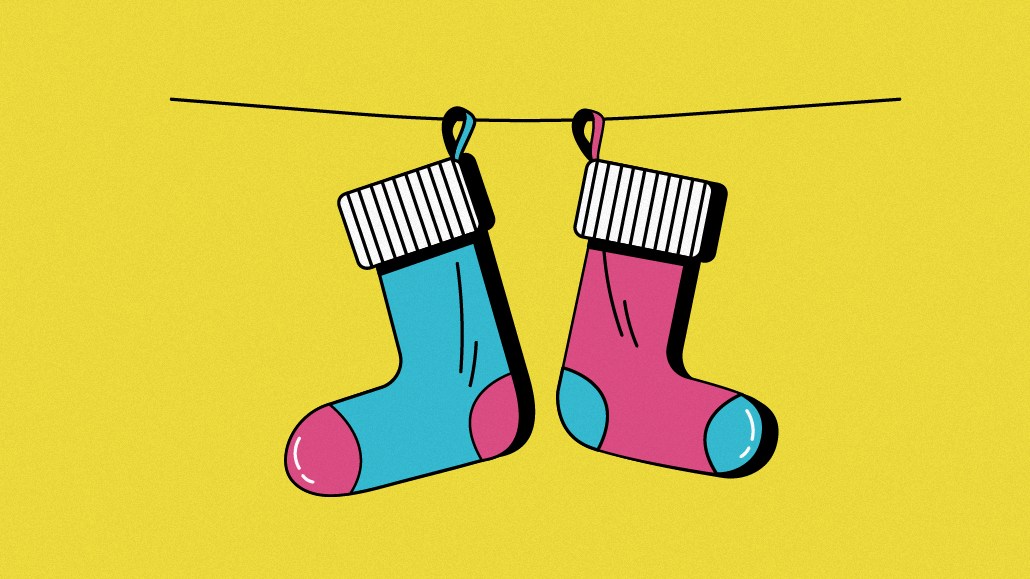 Media can be a family business. Take some of the most recognizable surnames from the industry: Murdoch, Cox, Hearst, Newhouse, Sulzberger.

In some cases, the industry is still a family profession.

“Among siblings, there is a motivation — it could be a sibling rivalry — where if [one is successful], the other says ‘I can do this too.’ It’s actually very healthy, and very encouraging and can actually help siblings attain a higher level of leadership or success in the industry,” said Eric Zinczenko, COO and president at Galvanized Media, who after years of working in media, is now employed at the same company that his brother, David, created.

Brothers Vinit and Preet Bharara worked at the same media company, Some Spider Studios, up until last year. And though they don’t work together at the same organization, Paul Vogel, the CFO at Spotify, is the younger brother of Dotdash Meredith CEO Neil Vogel.

And just because these execs are related, it doesn’t mean they want to talk about it. The Zinczenko brothers, the only sibling duo of those above who agreed to speak to Digiday, credited their strong relationship with one another as a solid foundation to wade into the nitty gritty of running a business.

David Zinczenko founded Galvanized Media in 2013 (and is now CEO) after nearly a dozen years at Rodale. Eric, the former CEO of Bonnier Corp, joined the company in August 2021.

“We have a shorthand, for sure, because we know each other so well,” David said, in a joint call with his brother. “He can sense what I’m thinking. We know each other’s moods. It’s helpful when you’re trying to get a lot done,” he said.

It can also be a challenge, noted Eric, who said that the ability to read one another so easily can “add stress” to their jobs if their actions visibly disappoint the other.

There are also rules even if they go unspoken, the brothers said. When it’s time to spend time with other family members — such as around the holidays — there’s an informal agreement to “leave work at work,” Eric said.

David recently spent Thanksgiving at Eric’s home where “David was very respectful,” Eric said, and didn’t pull him away to “talk business for an hour.”

“It really was family time… We could have used all that time over the Thanksgiving holiday to talk about the business but instead we were checking in with family, we’re asking about their lives,” Eric added.

David chimed in: “In digital media you could always be publishing more life-changing content — days, nights, weekends. There’s always more to do. It’s really 24/7. But I think we know not to not to go down the rabbit hole all the time and how important family is.”

The opposite is true during business hours. Eric said he’s careful in meetings and conversations with other executives or employees to not refer to David as his brother and he holds back on recounting a “fun weekend” they might have had together.

“It can’t be easy to hear the Zinczenkos in stereo,” Eric said.

Ironically, David — the younger of the two — was the inspiration for Eric to get into the media world. Eric was a cave diver when David was working at Rodale. He encouraged Eric to join a scuba diving magazine they were launching. “One sibling sees the other doing something great — sees their career, their success — and thinks, ‘maybe I can kind of follow that,’” Eric said.

The Stolyars siblings and the Rayment brothers are two other families with journalism ambitions, though some of which have settled into broader careers in communications, such as video production and public relations.

Mike, the elder Stolyar, studied journalism and is now vp at Crenshaw Communications working with mostly tech and B2B startups and middle-stage companies. His younger sister, Brenda, followed him into the journalism field and is now a tech journalist at Wired.

In a joint phone interview, the two squabbled — like siblings — on who inspired the other to pursue journalism. Mike believes Brenda followed him because “she thinks I’m cool.” Brenda said she had wanted to be a writer first. “I wouldn’t say he influenced it. I would say he helped me get there,” she said.

Mike — or Mikey as Brenda calls him — sometimes asks his sister for her opinion on a pitch to see if it would catch the attention of a journalist. He also gets to name drop that she works at Wired to clients. “It helps me [show them] that I know the ecosystem,” he said.

“Mikey” helps her understand a PR person’s point of view, Brenda said. “Lots of journalists complain about PR people,” she added, but having a brother in that world means she has “different expectations for PR people that allow me to work better with them.”

It’s a similar situation for the Rayment brothers, who spoke to Digiday over an evening Zoom call, after Paul, the elder sibling, had gotten home from work and prepared his kid for bedtime. (In both of these conversations, the older sibling started speaking first, with the reasoning that “I’m the oldest.”).

Paul, the older Rayment brother, worked in journalism and sales until his mid-20s, and is now PR manager for sports media company Footballco. His younger brother Anthony is a freelance video editor. Both are based in the U.K. and focus on soccer content.

“We have different brains. We interpret things quite differently. We have had similar career paths but we’ve gone in different directions in the industry,” Anthony said, adding: “I’d never want to do his job. I’d be rubbish at it.”

While they don’t talk much about work per se, the Rayments’ shared interest in soccer and their careers related to the sport strengthens their bond, despite living apart from each other.

“You don’t have that day-in and day-out contact when you don’t live in the same city or on the same street, and having something in common keeps that thread going,” Paul said.