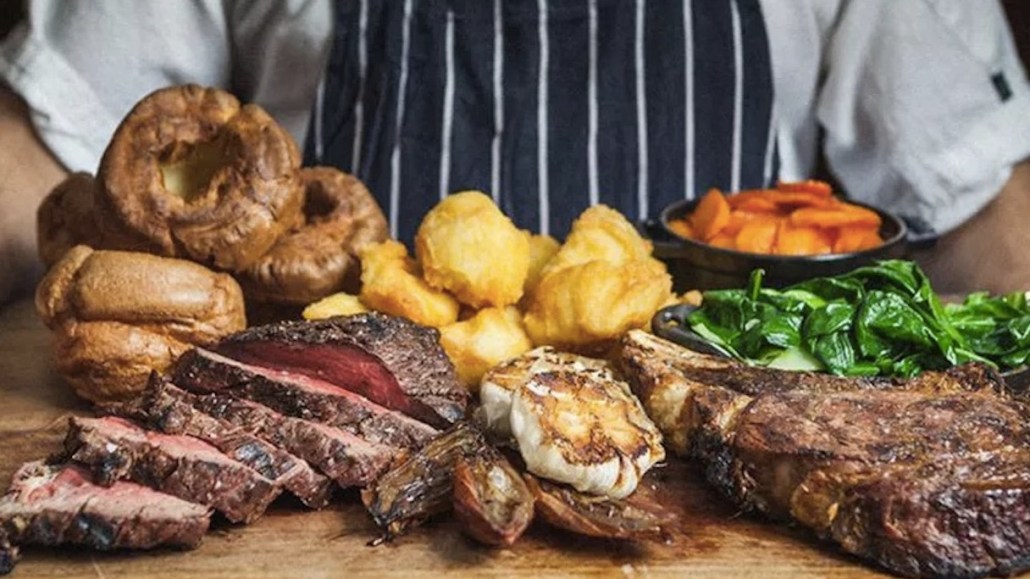 Vox Media has waited a long time to expand beyond its U.S. base. Now, it has made its first international move with the launch of Eater London.

Eater London will cover a mix of restaurant news, like the opening of a new Shake Shack site on Shaftesbury Avenue and industry analysis like how New York’s influence on London’s restaurants is waning. Service-style guides like heat maps of the best eating spots, a format taken from the U.S. outpost, will also appear on the site.

Eater London, the 24th city site the brand has established, is a lean operation of just two full-time editorial staffers, led by editor Adam Coghlan. The U.S. team will manage all the sales. Eater London plans to publish between four and six text articles a day, but will also lean on freelancers, particularly well-known food critics Grace Dent and Marina O’Loughlin. In time, it will introduce more video tied to the text content, like behind-the-scenes looks at restaurant kitchens. Eventually, the site will branch out into individual show formats that are also popular in the U.S., like “The Meat Show” or “Dining on a Dime.”

Many U.S. publishers, like BuzzFeed, HuffPost and Forbes, have made the leap to European shores, some through a mix of licensing deals with other media companies, which eliminates part of the risk of overseas expansion and gives them access to more staff. Vox Media’s international presence seems lean by comparison, said Stuart Aitken head of brand and content at Digitas LBi. “It’s not the easiest time for publishers, and they are being sensible by dipping their toes in the water before massively scaling up,” he said.

“We are being conscious of peers that have stumbled coming in really bullish, opening big offices and hiring 25 people without really understanding the market and those unique differences,” said Vox Media CMO Lindsay Nelson. “We are being smart and humble in what we understand, letting audiences and the marketplace communicate to us. We’ve seen others go in too deep and reverse their decision making, and it’s disappointing.”

While London-based publishers like Time Out and the Evening Standard have well-established restaurant review sections, no specific platform about food and dining out serving Londoners exists, said Coghlan.

“The restaurant PR industry has boomed as much as the restaurant industry itself,” he said. “Businesses try and dictate the narrative, and people don’t get to resist that as much as they should. We will have a very distinct editorial voice that will be translated from the American Eater.”

Eater’s other sites have local editorial authority, so they understand the local food culture. For instance, Eater London’s spelling will be in U.K. English. These small things matter, which was clearly demonstrated when Eater posted a video claiming mincemeat on toast was a British classic, sparking Twitter angst. The importance in the subtlety of language is not lost on Coghlan. “We recognize this is Eater London; there will be lessons learned in how it translates,” he said.

There’s no doubt that food publishing is a busy market, notes Douglas McCabe, CEO of Enders Analysis. “The BBC is particularly prominent in this category, [as are] a wide variety of successful native businesses, led by Tastemade, which has a growing, impressive, well-targeted and curated U.K. presence.”

The core business model for Vox Media is branded-content deals and revenue from Concert, its ad partnership with Condé Nast and NBCUniversal. In the U.S., Eater works with clients like car brand Infiniti, hotel chain Marriott and Ketel One vodka. The brands aren’t confined to food and drink, which other food publishers that focus on the hands-in-a-pan recipe videos are more likely to attract.

“In the U.K., a $100,000 deal could be akin to a $900,000 deal, but for the client, the expectation is the same for each,” said Nelson. “The difficulty is calibrating the budget expectation here versus the services you provide at that particular tier.”