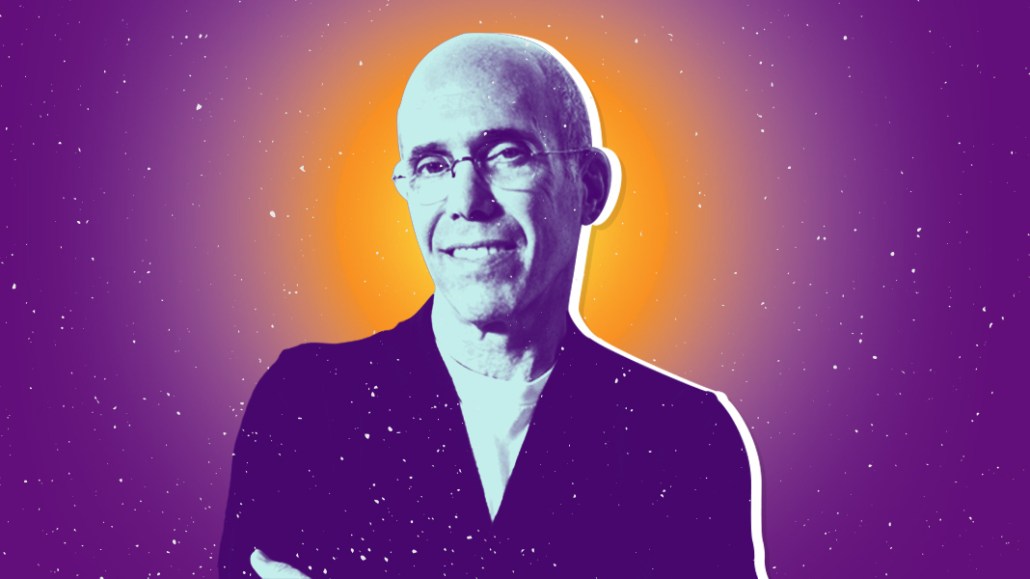 Jeffrey Katzenberg now has a billion dollars to start building a subscription streaming video platform for mobile screens — and he’s gotten some of the biggest players in Hollywood to buy in.

“NewTV,” which still doesn’t have a name, now has backers that include Disney, 21st Century Fox, NBCUniversal, Sony Pictures Entertainment, Viacom, WarnerMedia, Lionsgate and more. There are also a bunch of tech investors and banks backing the company, but the important thing is that a who’s who of top film and TV producers in Hollywood now have an equity stake in NewTV, which is being led by Katzenberg as its chairman and former HP CEO Meg Whitman as its chief executive.

The structure is reminiscent of Hulu, which also has some of its biggest content suppliers including Disney, Fox and NBCUniversal as part owners. If Katzenberg wants to bring high-quality projects from A-list talent, it helps that many of the top entertainment giants have some equity stake in NewTV succeeding.

NewTV will be a subscription video product designed for mobile screens. Like Hulu, it will have two subscription tiers: one that has a light load of ads and another that is ad-free, according to Variety. Katzenberg and Whitman are hiring execs for the venture, which hopes to launch its platform by the end of 2019.

As I’ve reported previously, Katzenberg sees NewTV as a new type of mobile video platform that brings movie- and TV-quality projects from top producers. The difference is that instead of delivering these as two-hour movies or half-hour shows, these stories can be told in 10-minute increments. NewTV plans pay as much as $100,000 to $150,000 per minute for its biggest shows.

NewTV doesn’t plan to own these shows but instead license them from its production partners — which will further incentivize Disney, Warner Bros. and its ilk to produce programming for NewTV. At $150,000 per minute, a two-hour movie would cost $18 million. That’s easier to justify when you’re getting paid back those dollars in licensing those shows out to NewTV (and then to other platforms and buyers once NewTV’s exclusivity runs out). There’s a model here that could work. Maybe.

But again, the biggest issue is going to be whether people actually want a platform like this and would be willing to pay for it. Maybe new short-form shows from J.J. Abrams and Vince Gilligan would be enough to convince people to pay for another streaming platform. One thing’s for sure: Katzenberg has $1 billion — and I’ve been told that the company will continue to look for funding — and that’s as good a place to start as any.

This week on Facebook…
I’m hearing that July was a bad month for some publishers on the Facebook Audience Network, with FAN delivering far fewer ads and revenue than what publishers are typically used to. (FAN feeds ads into sites and apps off of Facebook, while allowing advertisers to use the targeting data that they get on Facebook.) One prominent publisher said that while FAN accounted for 60 percent of fill in June, that number was down to as much as 16 percent at some points in July. Could be seasonal, could be more. Give us a shout if you have more info on this.

“For any of the major recipients of the Go90 money: These were huge checks but there was not a lot of other places that revenue was coming from. When it goes away, that’s a tough space to be in. Everything that’s happening should come as no surprise to anyone today.” — Former AwesomenessTV executive

What we’ve covered
Go90 or bust: How AwesomenessTV’s fate was tied to Verizon:

Read more about what happened behind-the-scenes at AwesomenessTV here.

Facebook is stepping up its brand-safety controls for news-feed video:

Read more about the latest in Facebook’s video advertising here.

What we’re reading
Discovery Channel founder pivots his SVOD app after hitting a ceiling with subscribers: John Hendricks, who oversees a science-focused streaming channel called CuriousityStream, says the channel has 1 million subscribers between direct subscriptions and distribution inside bundled streaming services. He was hoping to have 5 million to 7 million subscribers by now, which shows how tough it is for services to get people to subscribe when they are already paying for Netflix and other services. CuriosityStream now believes consumers are willing to pay up to $30 per month for subscription streaming services, which means there’s little left for companies after some combination of Netflix, Amazon Prime and Hulu eat up those budgets.