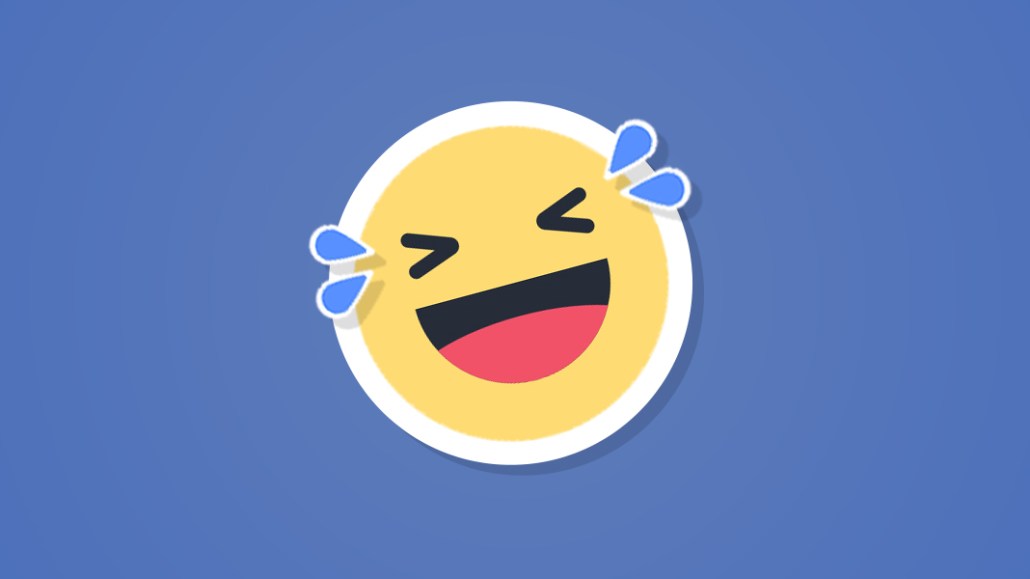 Facebook-dependent publishers seem to be in a dangerous position. But Facebook-first publishers in the U.K. are working it to their advantage.

Publishers that frequently appear at the top of the Tubular Labs video leaderboards are used to weathering Facebook’s algorithmic storms. Obsessing over how audiences respond to content posted on the platform means they can adapt to algorithm tweaks. That, plus growing branded-content revenue and a lack of pressure from venture capital funding, are all factors that some of the U.K.’s biggest digital publishers cite for why they aren’t panicking about Facebook’s latest news-feed change.

Digital-first British publishers like Jungle Creations, Unilad and Ladbible have focused on building audiences within Facebook, creating content — particularly video — native to the platform rather than funneling audiences back to their own site. According to SimilarWeb data, social accounts for around 90 percent of their desktop traffic. But rather than redirect to other platforms, they claim posting to Facebook will remain top priority.

In the next six months, Jungle Creations plans to hire an additional 25 people for its original content team, bringing the head count to 65. Forty percent of the content Jungle Creations produces is original, whether that’s branded content, customized short-form clips or longer-form docs. Most of that content goes on Facebook. In the next three months, the goal is for 60 percent of the content it creates to be original and 40 percent licensed or submitted.

Unilad is seeing the highest Facebook engagement with its smaller vertical pages, like sports, gaming, fitness and particularly adventure, which covers travel, according to CEO Liam Harrington. “There will be a shift in storytelling approach,” he said. “Before, [Facebook] was optimized for sharing; now, posts will be optimized for conversation, like asking questions at the end of a video.”

A statement from Ladbible  said “algorithm changes are nothing new. We have always adopted a ‘test and learn’ approach to content creation, continually getting invaluable feedback from our massive audience.” It also pointed to Instagram and its own website, which comScore says has 4.6 million monthly visitors, as evidence of traffic diversification.

Although Facebook’s plans to prioritize posts from friends and family over brands and publishers were recently announced, the writing has been on the wall. Analytics companies including Wochit, SimilarWeb, Parsely and Chartbeat have all recorded up to 15 percent drops in Facebook referral traffic across publishers since October. Any impact from Facebook’s most recent changes will likely take months to show, and any decrease in video views would likely be felt across the board.

Jungle Creations, Unilad and Ladbible have invested in teams of up to 30 people dedicated to understanding how to create content for social platforms. “They have probably been on top of this for longer than the Facebook announcement,” said Garrett Goodman, vp of business development at video platform Wochit. “Facebook’s algorithm change won’t change their ability to respond to it, and that’s the advantage — their ability to respond to audience behavior.”

“[Facebook-first publishers] won’t be waking up this week and thinking, ‘Oh, my God, my business model.’ They already know what’s going on,” agreed Gitit Greenberg, senior director of marketing insights at SimilarWeb.

A BuzzFeed spokesperson said in a statement that the news-feed changes “confirm trends we’ve seen over the platform in recent months and have already taken steps to evolve alongside.” The VC-funded publisher has reduced staff and laid out plans for further diversification.

Facebook’s changes could present opportunities to diversify business models. “We’d become an agency,” claimed another digital-first publisher, speaking on condition of anonymity, when asked what would happen if Facebook continued to cut off the air supply.

Agencies faced with dwindling organic reach on Facebook may be more in need of publishers that understand how audiences engage on the platform. “We need really good social publishers to allow us to [engage with audiences]; that can only be celebrated and embraced by advertisers,” said John Thomson, head of media at 360i Europe. “There will be an obvious argument for a price premium for engagement; we’d expect to see better sales results.”

Facebook is also pursuing its own content, particularly in sports. This week, the platform hired Eurosport CEO Peter Hutton for global sports deals and is expected to bet big on live streaming sports rights. “Facebook only makes big content plays knowing it can monetize every part of it,” said Stokes. With access to a huge audience plus Facebook’s data, brands could bypass publishers and work directly with Facebook on branded content. “It could squeeze the pot publishers are heavily fishing in,” he added.

https://digiday.com/?p=272894
Most Read
Trending in Publishing in the Platform Era
Digiday Top Stories