Two years in: What Bleacher Report has learned from Snapchat Discover 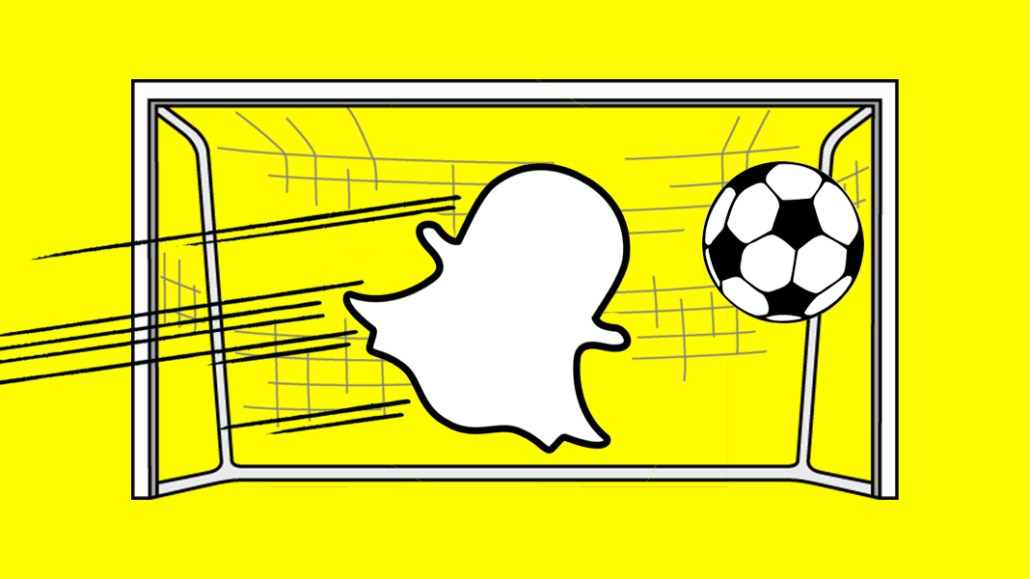 Bleacher Report U.K. has experimented with hundreds of different formats on Snapchat Discover over the last two years. The upshot: Don’t get too comfortable.

Bleacher Report is somewhat unique among U.S. Snapchat publishers in that it got its start in the U.K. The London team has four people dedicated to creating two English-language Discover editions a day, one for international audiences and another for domestic. It regularly calls on a pool of independent contractors when extra skills like motion graphics are needed.

Football is the main focus for the publisher’s U.K. and international Discovers (the U.S. now has a separate channel), meaning there is an infinite stream of updates either relating to matches or football culture, around which the team can create content. Here’s what Bleacher Report has learned.

Avoid recurring templates
To keep its editions sharp, the team is strict with switching up formats. As soon as a highly popular format starts feeling easy to re-create, it’s dropped. That can be as quick as after 12 editions. The goal: to ensure its editions remain unique to Bleacher Report, while keeping its audience highly engaged.

“With Snapchat having such a young audience, any type of content you’re running can get boring fast if you’re using a recurring template,” said Lee Walker, global managing editor of Bleacher Report. “So as soon as something becomes the norm, we change it.”

That’s not particularly good news for any publisher that hopes to one day reduce the number of editors required to create great Discover content. But it’s not so much a problem for Bleacher Report, which takes a more BuzzFeed-type approach to platforms, rather than using them to bring eyeballs back to its own sites.

Separate geographies, separate teams
In the U.S., Bleacher Report is far newer to Discover. It began publishing there in January, but it has an 11-person team. Naturally, the other main difference is that the U.K. and international editions focus on football, while in the U.S. the emphasis is the NFL and the NBA. That also means there are no typical economies of scale when it comes to sharing content between the international teams because the audiences are totally different, according to Walker. Some snaps will generate global interest, such as a recent one listing Real Madrid star Cristiano Ronaldo’s cars. But mainly, the U.S. editions will look markedly different from the international ones.

“It’s more of an ethos that we can share; it can’t be a replica. The main thing we stressed to the U.S. guys when they started was just ensure each snap has a purpose, like using long-form pieces, which help grow loyalty and connection to the brand,” Walker said. “Whether loyalty or engagement, we want to tick that box.”

A snap needs a singular purpose
Another core lesson has been to ensure each snap is created for a singular purpose to avoid wasting resources and to keep users’ attention. Bleacher Report has three simple rules for achieving this. A snap must be created to do one, rather than multiple things, to drive high usage. When wanting to drive swipe-ups, the team will give teasers of stories that are impossible to tell in one top snap. For example, the snap “The Cristiano Ronaldo story, told through his goal celebrations” drove high swipe-ups, though Walker wouldn’t reveal particulars due to its agreement with Snapchat.

The team uses another format when it decides it wants to drive people to share snaps. Users will be asked to pick or vote on something. Questions like, “Who will win the Champions League? Juventus or Real Madrid?” have been particularly successful at driving high shares. The third format is for video, and naturally the purpose is to drive high views and repeat views of videos.

Talking heads don’t work
Finding the right video formats is still a work in progress, and some formats have been quickly abandoned. A talking-heads video was used as a top snap to tease a longer-form video. But the format was dropped when it didn’t gain traction. Bleacher Report has also worked on a spinoff Snapchat edition called “Saturdays Are Lit” in partnership with youth-focused football publisher Copa90. The aim of the show is to reinvent the traditional TV-style football shows for the Snapchat generation. The series is still ongoing.

“What you’re trying to achieve on Discover is very different to Instagram, where it’s about conversation and great aesthetics, and on Twitter which is about capturing the moment. For Snapchat, it is that 24-hour window, and you have to be careful it never looks dated,” Walker said. “There is a balance needed, and it’s somewhere between topical and evergreen.”

https://digiday.com/?p=236600
Most Read
Trending in Publishing in the Platform Era
Digiday Top Stories