‘It’s just one more of the taxes’: How viewability shortchanges publishers 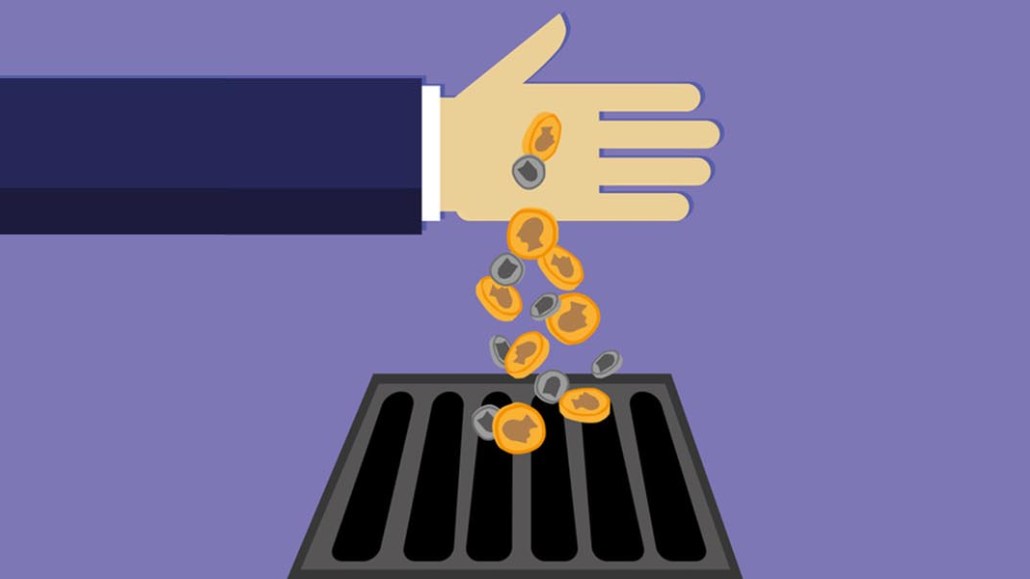 Now that ad buyers regularly buy ads based on viewability, publishers need to pay close attention to how their viewable impressions are being counted because what they can bill for depends on these calculations.

“This year, buyers started saying [transacting on viewability] is an absolute mandate,” said Kai Hsing, svp of marketing and operations at Bustle. “But how it’s transacting is frankly kind of bonkers at the moment.”

About 70 percent of advertisers transact on viewability, and another 25 percent want to transact on viewability, according to an IAS survey of more than 1,000 advertisers. While it seems obvious advertisers should only want to pay for ads that are verified as being seen by a human, the push for viewable ads has sparked unintended consequences like more ad clutter and reductions in how long ads are in view. Another subtle effect of viewability mandates is that relying on reports from viewability vendors can undercut the number of impressions publishers get paid for.

IAS said only a 3 to 5 percent discrepancy exists between what impressions it can measure and what the ad server delivers. But publishers claim this disconnect is hitting them hard in the wallet.

Aryeh Lebeau, evp of client operations at health publisher Remedy Health Media, expected about 30 percent of Remedy’s impressions to not be scored as viewable when advertisers began buying on viewability. But on average, Remedy hasn’t been able to bill for about 40 percent of its impressions when ad buyers transact on viewability. The impact was about 10 percentage points worse than Lebeau anticipated because buyers are automatically eliminating some ad-server recognized impressions by relying solely on the viewability vendor’s reports.

For Bustle, some campaigns have up to 30 percent of their impressions negated due to the disconnect between ad server and viewability vendor numbers, Hsing said.

“We do our best upfront to set expectations and hedge against it, but in the end, we have no leverage, and all we can do is absorb the waste,” he said.

Viewability vendors can’t track every impression that gets served because they rely on JavaScript to measure ads, and some users block JavaScript in their browsers because they don’t want to be tracked on the internet. Another limitation is that some users quickly exit webpages before the vendor’s tag fires.

Typically, viewability vendors measure between 80 and 95 percent of a campaign’s total impressions, said Amit Joshi, director of data science at ad verification firm Forensiq. From that sample, the vendor will estimate what percentage of impressions were viewable.

The issue for publishers isn’t how representative the sample is of the overall campaign. The problem is that rather than applying the vendor’s viewability percentage against the total impression count from the ad server, ad buyers are instead billing on the number of viewable impressions the viewability vendor counted. Since the viewability vendor can’t track every impression, this automatically eliminates some of the publisher’s inventory simply because it wasn’t measured.

“It’s just one more of the taxes that publishers are forced to pay,” said CafeMedia co-founder Paul Bannister.